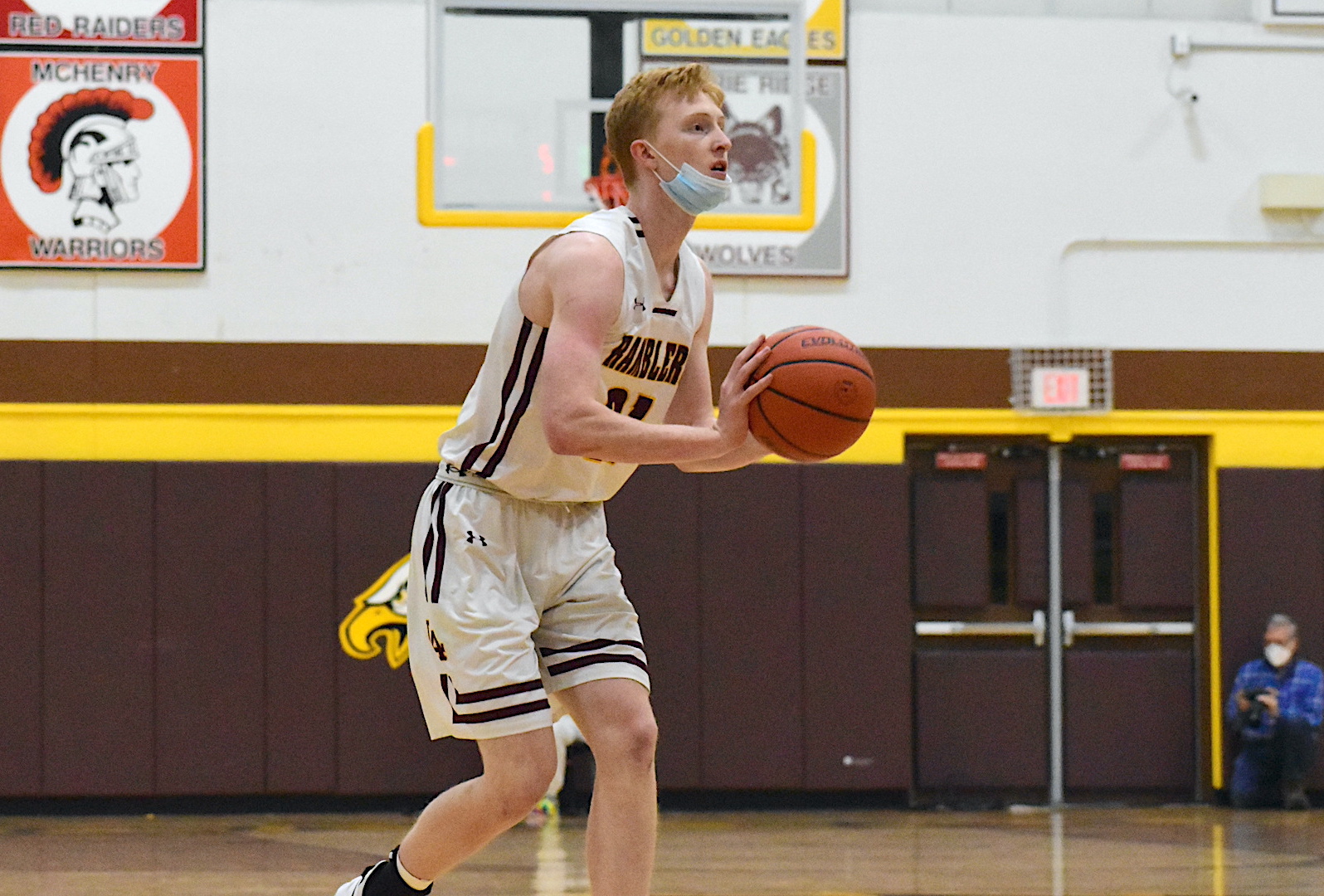 Connor Casper, a Glenview resident, is a senior forward for the Ramblers. Casper took four charges in a win against St. Francis de Sales and earned the program’s Intangible Player of the Week award for the sixth time this season.

I do. Games are usually on Friday nights. I like to go home and take a nap for about 30 minutes and then I will wake up get my stuff together go over to school, go on the NormaTec (leg machine), go over the scouting report and watch film, and then do the same (on-court) routine every time and every warmup.

2. What are you doing next year?

I plan on playing basketball next year in college. I haven’t decided (where) yet. I am deciding between a couple schools and seeing what will pop up in the future.

If I could do anything, I would probably be a college (basketball) coach. I just love the game and I think coaching kids and watching them go through what I went through would be very interesting and cool.

4. What is your favorite thing to do off the court?

I’d probably say bass fishing is my favorite thing off the court and spending time with family. … My favorite place is a lake near a condo up we have by Lake Delavan in Wisconsin.

5. If you played another sport, what would it be?

I would play football. I would be a receiver. I think it’s a very interesting sport. I like that it’s very competitive and very physical.

6. What is your top sports moment so far?

We have it coming up (Friday, Jan. 21), actually. It was last year winning the Jesuit Cup against St. Ignatiu. It was very special to me. It was my favorite game I’ve been a part of.

I’m going to get a Pedialyte and Reese’s (cups). My buddy introduced me to (Pedialyte) and I love it. It tastes really good and has a lot of electrolytes in it.

8. What is one thing you can’t live without?

I’d probably say basketball. I’ve been playing since third grade. My dad played as well and coached me, played college basketball. It’s been a part of my life really forever. I really don’t know where I’d be or what I’d do without it.

I guess one thing is that I love horse racing. I love watching horse racing and going to the racetrack with my grandparents.

10. What are the Ramblers capable of this season?

I think we’re definitely in a good spot. Since the new year started, after our Christmas tournament, we’ve been trending positively after every practice and game. We had a tough loss to Evanston, but this team can brush it off and come back here with big win against Ignatius (on Friday). I really think we can win the (conference) and make a nice playoff run as well.