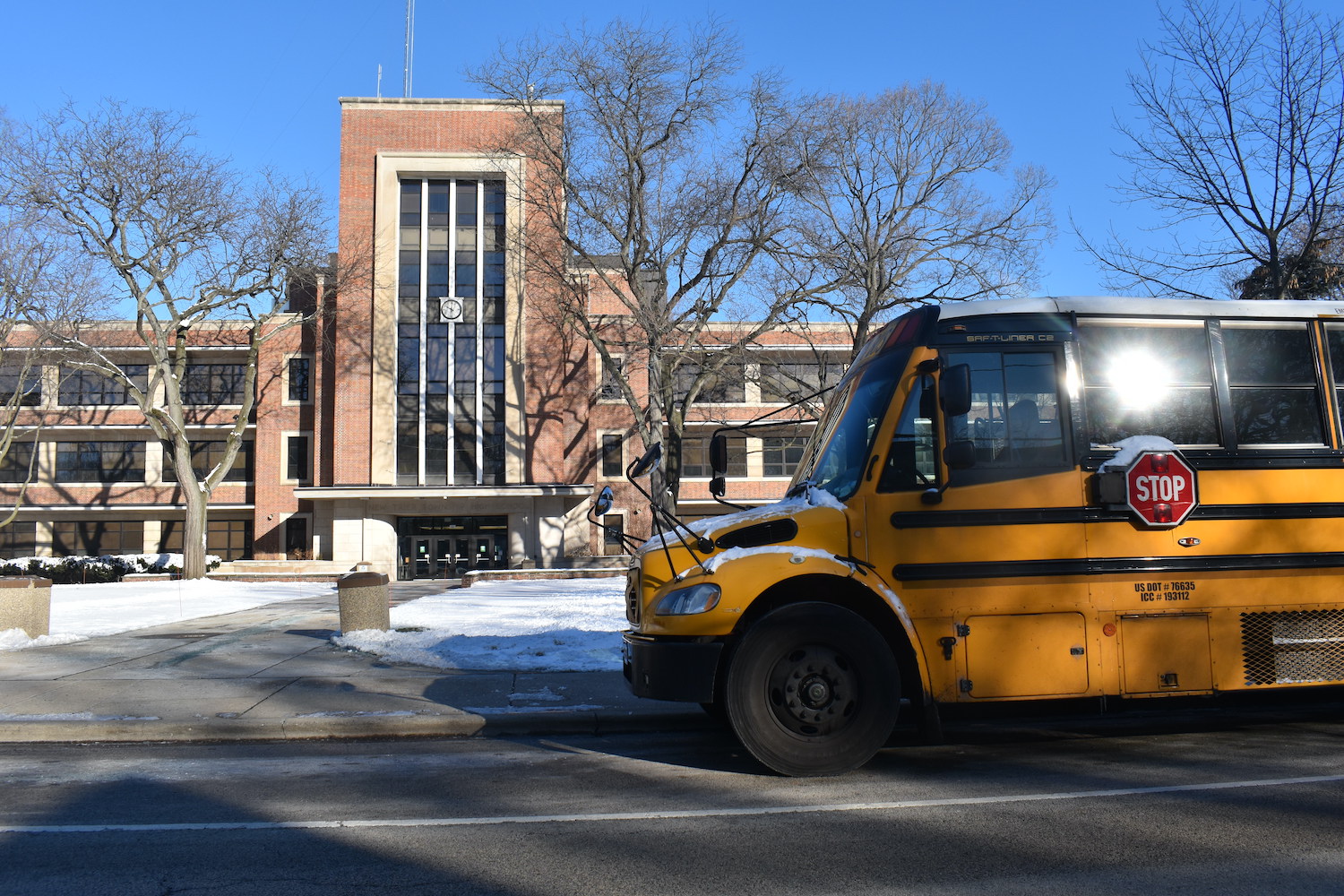 New Trier High School’s revamped class schedule has more revamping to do, according to school officials.

The school’s board of education reviewed results for a community-wide survey on Tuesday, Jan. 18, that showed the newly installed block schedule has room for improvement.

Peter Tragos, the school’s assistant superintendent of curriculum, guided board members through the survey results, which he said is leading administrators to address concerns in key areas within the block schedule format.

“We have identified through this process these areas that we need to problem-solve around,” Superintendent Dr. Paul Sally told board members. “At this point, with all the successes that we’ve had and all the work we’ve done to make this happen, we recommend to have an eight-block, four-on-each-day (schedule).”

While a formal vote was not necessary, board members unanimously supported staff’s recommendation to maintain the block schedule for the 2022-23 school year with modifications to be finalized at a future meeting.

Tragos and Sally said the staff will present recommendations in those areas to the board in February.

As a response to “student stress,” school officials began discussing alternatives to its traditional nine-period class schedule prior to the COVID-19 pandemic in the 2019-20 school year.

In the following school year, 2020-21, New Trier blended a nine-period day with a block schedule — learning blocks are longer class periods and a block schedule has fewer classes each school day.

According to a survey at the time, students and parents favored the block schedule, while educators were “evenly split” on a change. By the start of 2021, board members were considering a switch to a rotating block schedule for the 2021-22 school year.

In April, the decision was made to replace the period schedule with the block schedule to begin the year.

The new schedule was broken into two days — Blue and Green — with the same four, 85-minute classes on each day. With a five-day school week, one week will have three Blue days while the next will have three Green days.

The first hitch in the new schedule was identified during the first semester, when students noticed a lack of time to followup on schoolwork, either with teachers or other school resources. The School Board decided in December to add dedicated “personalized learning time” for the second semester.

In December, administration launched another survey, this time contracting the company K12 Insight to manage the polling effort. The district received more than 3,000 survey responses, including 1,660 from students (43%), 1,479 from parents (24%; sent to all parents) and 383 staffers (55%). Tragos said staff also continues to conduct focus groups, one each with students, parents, support staff and faculty, to supplement the survey results.

According to the survey, with results broken down by student, teacher and parent responses, a majority of all three groups said the block schedule can work, but with improvement; however, overall just 53 percent of parents/guardians agreed that the schedule could be improved, while 27 percent responded “I don’t know.”

All three groups took issue with the 85-minute length of the blocks, according to the results. Just 34 percent of students said they can “focus … on learning for a full class block”; though a vast majority of students (84%) said they focus better when “the teacher plans multiple learning activities” during one block.

The groups also agreed the week would benefit from an “Anchor Day,” a nine-period day to start the week so that each week contains two Blue days and two Green days, instead of a different schedule each week.

Students and teachers also agreed that they would like more time outside of the blocks for support and collaboration and to catch up on work and assignments.

Click here for the full results from the survey.

Administrators narrowed the criticism identified in the survey into three issues: 1. the length of the block (85 minutes); 2. the potential addition of an “Anchor Day” — a nine-period day each week to help keep Blue and Green days consistent; and 3. the lack of time to “meet with teachers, make up tests or access resources, and … for staff to collaborate.”

Tragos said over the next month staff will develop a plan to address all three concerns and present it to the board.

While Tragos said the survey results point to successes for the block schedule, such as effective learning, homework management and in-class collaboration, there are other areas that need more review.

Board member Keith Dronen pointed out that 36 percent of teachers do not agree that “the excellence of New Trier teaching and learning has been maintained with the block schedule.” Tragos said that followup discussions with staff will help flesh out the response, and Sally said he believes at least part of it has to do with the stress and insecurity with a new schedule.