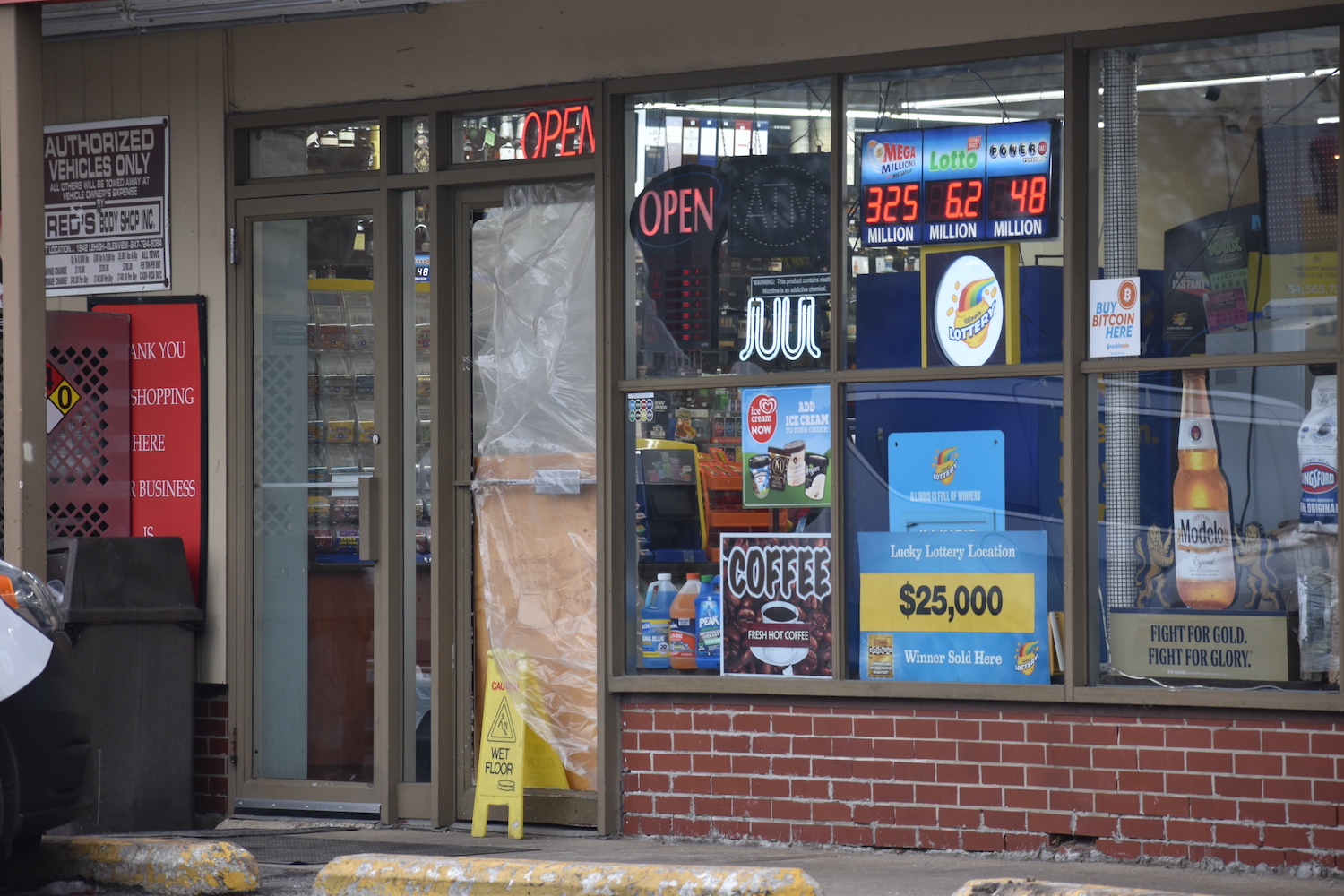 The entryway is damaged at the Wilmette Food Mart after an alleged burglary on Friday, Jan. 14. | Joe Coughlin/The Record North Shore

According to the police message, which was sent to businesses in the community, between 1:49-1:54 a.m. multiple offenders reportedly broke into the Wilmette Food Mart and the BP store at Lake and Green Bay Road.

Wilmette Police Cmdr. Mike Clark said both businesses were closed at the time and the front doors were damaged to gain entry.

Police reportedly observed a Jeep Grand Cherokee allegedly involved in the crimes near the Shell station at Lake Avenue and Laramie Road before the vehicle fled south on the Edens Expressway. The police vehicle reportedly pursued the vehicle into Chicago before halting the pursuit “for safety concerns,” the alert says.

In the incidents, the ATM at The Wilmette Food Mart reportedly was stolen, as were cash and tobacco products. Police say the offenders also attempted to remove the ATM from the BP, but reportedly were unsuccessful.

Wilmette police believe the same offenders were involved in other burglaries in the area and have reportedly used different vehicles in the crimes.

“One fact we are seeing among the criminal element now is they are either using stolen vehicles to commit crimes or a combination of stolen vehicles,” Clark said, citing information received from other area police departments. “There is one crew that may have several vehicles they seem to be using.”

Police provided local businesses with a series of recommendations, such as ensuring their security systems are functioning and emergency contact information is up to date and to secure ATMs to the floor.

The department’s crime alert said the department has increased its nightly business checks.