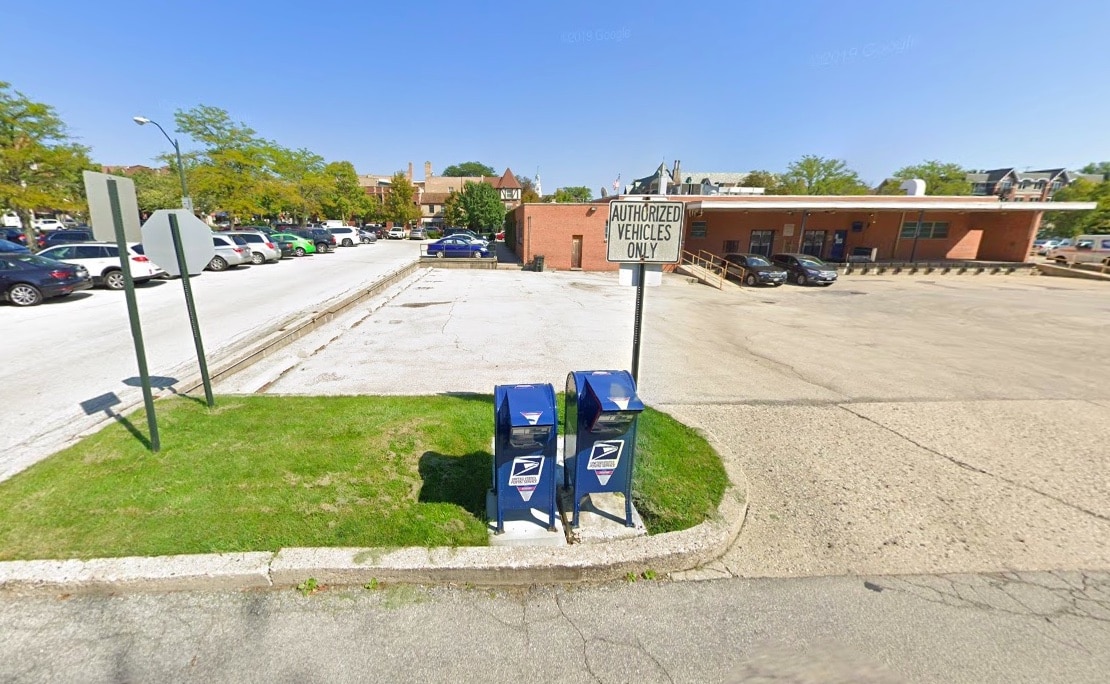 The two mailboxes behind the Winnetka Post Office were broken into on Tuesday, Dec. 28. | Photo from Google Maps

Postal mail reportedly was stolen from three mailboxes outside the Winnetka Post Office on Dwyer Court.

In a release sent Wednesday, Dec. 29, Winnetka police announced that two of the boxes belong to the U.S. Postal Service and the other was a Village of Winnetka utility-billing mailbox. All three boxes reportedly were broken into on Tuesday, Dec. 28.

“If you mailed an item between December 26 and December 28, 2021, it is likely the item was stolen,” the release says.

Authorities urged anyone who mailed a check in those boxes during the time period to contact their bank and “request a stop payment.”

“The concern that we have is that somebody can wash the check,” Winnetka Police Chief Marc Horstein said. “They literally white out the payee and dollar amount and change the information and the transaction gets executed. That’s the most common method people use.”

The Winnetka Police Department and U.S. postal inspector are investigating the incident.

Horstein said that while mail fraud and check washing are not new crimes, he does not recall a break in to U.S. Postal Service mailboxes or a Village dropbox.

Stolen mail from a U.S.P.S offices have plagued Chicagoland in the past year. Reports have been filed in Lombard in October, Park Ridge in November and Lincolnwood earlier this month.

A New Trier Township employee reported to police on Dec. 21 that a mailed check from September was stolen, altered and cashed in the amount of $1,900, according to a Winnetka police report.

Another Winnetka police report from Dec. 6 details a mailed check in November was altered and cashed for $3,260.

Horstein encouraged residents who regularly mail checks to consider digital alternatives for everything from paying bills to giving gifts.

“The biggest vulnerability for those who still mail a check is to put the letter in your own mailbox with the flag up,” he said. “It is very easy for somebody to steal. Anybody can just come by. … To the extent possible, get away from mailing hand-written checks.”