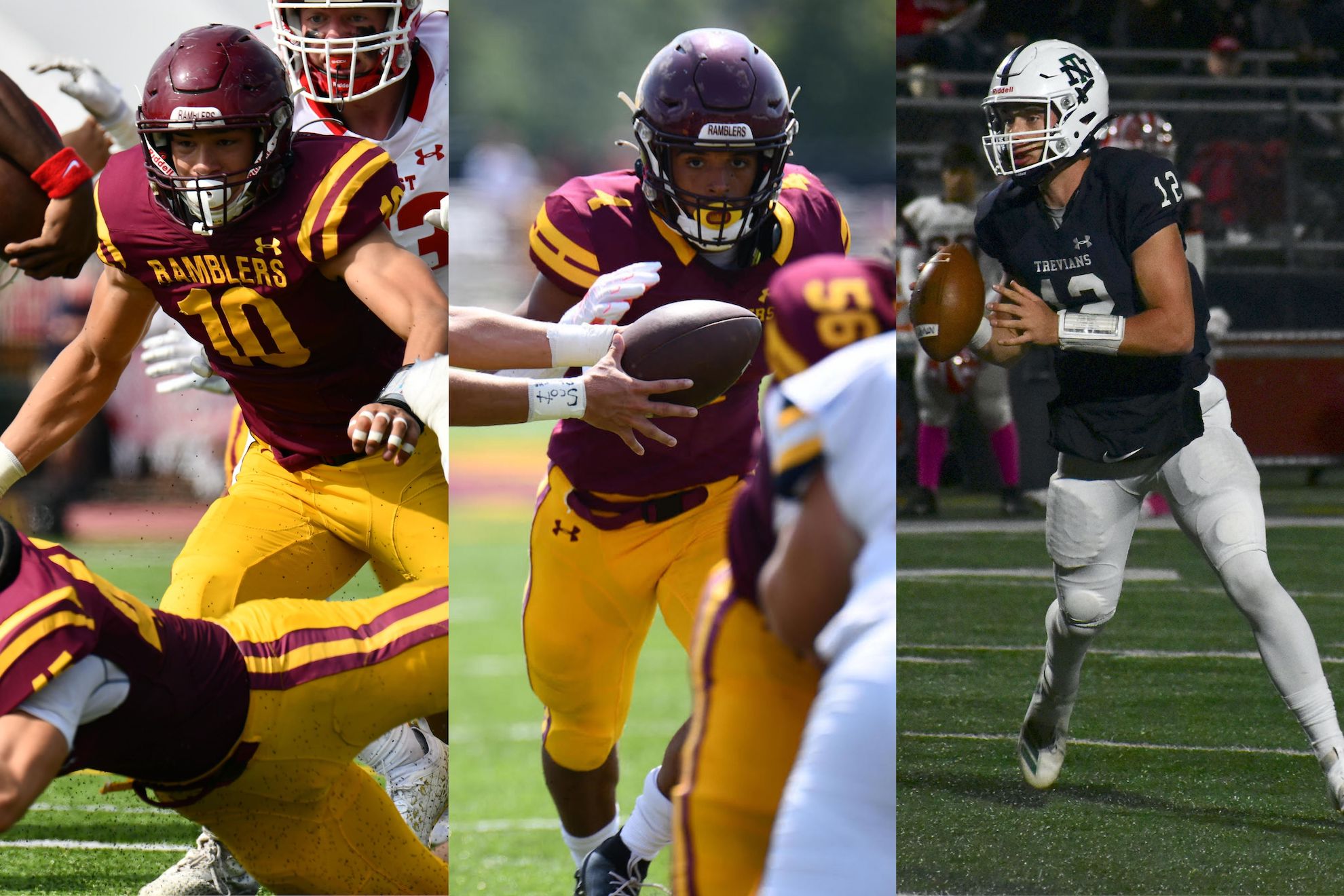 When it came to playing at the next level, Loyola Academy linebacker James Kreutz called the University of Illinois his “dream school.”

Little did he know the feeling would be mutual.

“(James Kreutz) is a guy I fell in love with when I watched his film in late October early November,” Illini head coach Bret Bielema said in a press conference Wednesday, Dec. 15. “I can’t tell you how excited I was to make that call to offer him and get him to be a part of our family.”

Almost immediately after receiving the offer on Tuesday, Dec. 14, Kreutz committed to Illinois and made the announcement official on the NCAA’s early signing day Dec. 15.

Kreutz is the son of former Chicago Bear Pro-Bowl center Olin Kreutz and brother to former Loyola offensive lineman Josh Kreutz, a 2020 graduate now with the Illini — a major incentive to join the squad.

“It was the best feeling I have ever had,” James Kreutz said of getting the call from Bielema. “It was awesome.”

Kreutz, a safety in the 2021 spring season, moved to middle linebacker for the Ramblers this fall and was dominant. He amassed 137 total tackles, including 19 for a loss and six quarterback sacks, as the Ramblers went 12-1 while advancing to the IHSA Class 8A semifinals.

The star also was thrust into offensive duties in the wake of multiple injuries in Loyola’s backfield. He scored seven touchdowns in the team’s final seven games.

In a statement, Ramblers coach John Holecek — a former Illini and NFL linebacker — reiterated the strong words he spoke earlier in the season.

“James Kreutz may be the best all-around football player I have ever coached,” he said. “He is 100 percent committed in everything he does regarding football. … Passionate, dedicated, studious, instinctive and athletic, are just some of the adjectives that come to mind when I think of James.

“Also, since he is young for his grade, I believe his best days are still ahead of him physically.”

Kreutz was one of three Ramblers honored by Loyola Academy during a ceremony on Dec. 15.

Standout running back Marco Maldonado made it official with Colgate University following an injury-plagued senior season.

Maldonado took the state by storm this season, eclipsing 700 total yards and scoring 14 touchdowns in the Ramblers’ first four games. But during that fourth game — a 46-43 victory over Brother Rice in which Maldonado set the school’s rushing-yard record (340 yards) — he broke his collarbone, an injury that lasted the rest of the season.

Colgate is a Division I program in upstate New York that plays in the Patriot League.

“Marco has worked extremely hard to become one of the premier athletes in the state,” Holecek said. “ … Marco has great vision, balance, acceleration, and strength which made him a matchup nightmare for an opponens’ front seven.

“Because of his talents and versatility, he will be a tremendous asset to his team and I expect big things from him at Colgate.”

Eddie Dreher was also honored Wednesday. The senior long snapper is off to Denison University.

The Ramblers did not miss a field goal this season.

“Eddie has transformed himself into a very consistent long snapper due to his dedication and persistence,” Holecek said. “ … His accuracy and speed transfers immediately to the next level where he should immediately push for a starting job at Denison.”

A couple miles down the road, New Trier High School was honoring Nevan Cremascoli, the senior quarterback who locked in his commitment to Northern Illinois University.

A two-year starter for the Trevs, Cremascoli finished this season with 2,174 yards passing to go with 18 touchdown passes as New Trier completed a 5-5 record, including a playoff appearance.

In an October loss to Maine South, Cremascoli threw for 405 yards and five touchdowns.

Playing in Division I Football Bowl Subdivision, Northern Illinois finished the regular season with a 9-4 record and won the Mid-American Conference with six wins versus two losses. The Huskies will play Coastal Carolina in the Tailgreeter Cure Bowl to open up the postseason on Friday, Dec. 17, in Orlando.