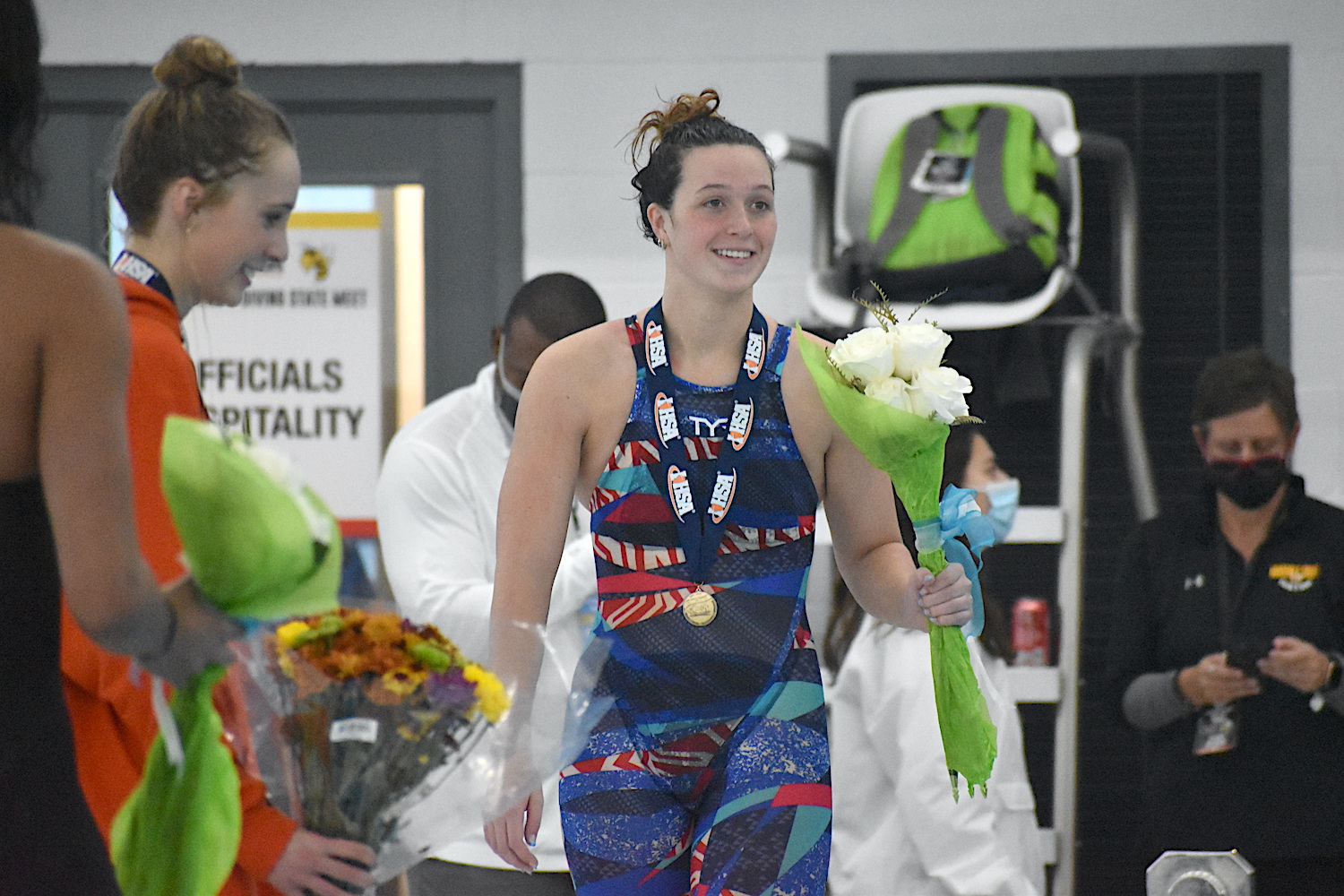 With three events to go, New Trier was your state champion. But why stop there?

The Trevians won all three of those events to cap a dominant IHSA finals performance Saturday, Nov. 13, at the FMC Natatorium in Westmont, where they won a state championship by 82 points, the largest margin of victory at a state meet in 13 seasons (2008, Rosary).

“It was an amazing meet,” Trevs coach Mac Guy said. “This was a group that was really, really good. The fact that we dominated the field to win by 82 points over some pretty good teams was pretty exceptional and I’m really pleased with their efforts.”

The team win was the 15th in program history for the Trevs and their first since 2013, when they won a fourth straight crown. New Trier finished second to Neuqua Valley in the most-recent IHSA finals in 2019.

“When we went 1:39 in the medley relay to kick off the meet, it was pretty thrilling,” Guy said. “No school has ever been under 1:40 in state history and to better our medley relay record from two years ago by almost a full second was amazing. It was a real thrill and set the tone for the rest of the day.”

Gridley picked up New Trier’s second state record in the preliminary round on Friday, Nov. 12, when she became the first IHSA swimmer to break 1:00 in the 100 breaststroke. She swam it in 59.92 seconds.

Novelline picked up a third state championship when she joined Sanderson, Megan Meade and Leslie Wendel for the title-winning 400 free relay (3:24.83).

The Wendel sisters — Alexis and Leslie — both scored in the 100 butterfly, placing seventh and 11th respectively.

Seniors — including the Wendels, Sanderson, Holder and Haverson — led this New Trier squad, while Gridley and Novelline capped two of the most electrifying tenures in program history.

“As a senior class, they haven’t lost a single (regular-season) meet since they’ve been here — undefeated dual meets, undefeated invites,” Guy said. “And certainly this state championship is pretty impressive.

“For Kaelyn and Carly, they were exceptionally dominant, and to have the two of them on the team in the same class was really an extreme stroke of luck. They bring out the best in each other. … I think it’s fair to say that one would not have been quite as good without the other.”

While the Trevians unit was senior heavy, plenty of underclassmen were on hand either participating in or witnessing the extraordinary season finale.

Escasa will lead a group next season that also includes state medalists Meade and Gillum and state qualifier Olivia Safarikova (200 free), a freshman.

“I’m really excited for the next three or four years with this program,” Guy said. “We’ve got some girls who are really hungry to do well. They want to compete at the state level, but because we have so many great seniors, they haven’t had a full opportunity to show what they can do.”