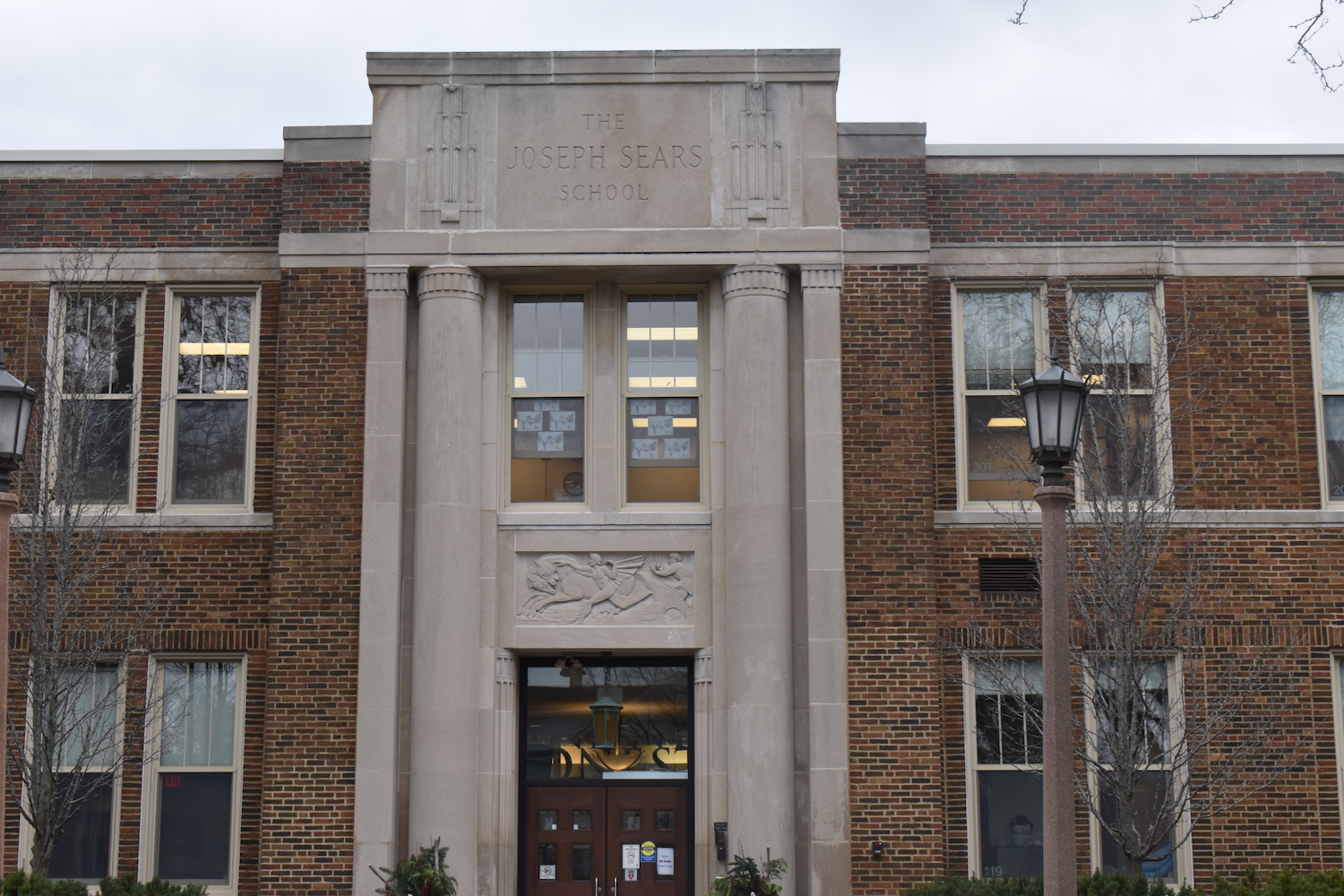 After working without a contract for three months, Kenilworth educators made a show of force at the District 38 Board of Education meeting Monday, Nov. 8.

More than 50 teachers from Joseph Sears School, which employs fewer than 100 individuals, attended the proceedings to either address the board or support their colleagues.

Those who spoke assailed the district’s culture, which they said undervalues and overburdens teachers, many of whom repeated the phrase, “Our working conditions are your child’s learning conditions,” during their testimony.

“We know that while to some Sears teachers have been reduced to line items and salaries and benefits, simply another cost to minimize … that our parents and families see us for who we are,” teacher Jennifer Comiza said, adding that she was addressing the general public. “… We’ve been told by board representatives that if we don’t like it, we can leave. Well we don’t like it, but instead of leaving we are bringing our concerns directly to you.”

Months of negotiations between the Kenilworth Education Association and Kenilworth District 38 have not led to a collective bargaining agreement.

The previous contract between the two sides covered five years and expired in August.

The negotiations are coordinated by a mediator, who was brought in over the summer, said Evan Lukasik, D38’s school board president.

Prior to the meeting, Lukasik told The Record, “It’s the process. We’re going through the negotiations process. I don’t think there is blame for me to place on anybody.

“Would we have already liked to wrap up negotiations? I think the answer is yes, but we are honoring the process.”

On Monday, Lukasik opened the meeting by announcing that the board and the support-staff union had reached a tentative agreement that is up for board consideration on Nov. 22. He added, however, that discussions with the KEA are ongoing and the board was awaiting a counter-proposal from the teachers union.

Lukasik then said the board’s goal is to provide the best grammar-school education in the country and that means Sears educators must improve.

“We need to improve our practices and our student outcomes and student growth to achieve that goal,” he said. “ … The board’s priority is to keep students’ needs at the forefront of all our decisions.”

Lukasik talked about sticking points in the negotiations, such as regular professional development for staff, availability of teachers to families before and after school, and instructional time during the school day.

The KEA negotiating team declined to comment to The Record on specific demands of the union, but in a statement, said: “KEA is focused on making sure the Sears School continues to attract and retain high quality educators so our students can continue to thrive here. We believe it’s important everyone work together to put our students first.”

Comments from Sears teachers offered a glimpse at the staff’s hopes, which include competitive pay and benefits.

Multiple teachers said the delayed contract is another sign of school officials’ lack of support for the Sears staff, which is evidenced by recent teacher turnover.

“Sears remains an incredible place to learn, to teach and to discover the very best in each and every student,” said Ann Rice, who has taught at the school for 33 years. ” … The culture of Sears School has changed since we’ve all been here. We’ve put in countless hours of work outside the school day but the workload continues to increase each year.

” … We have lost excellent experienced teachers to other districts due to the overwhelming workload.”

Rice also mentioned the added pressure on teachers when school administration turns over, a constant theme at Joseph Sears School. Both D38 Superintendent Kate Donegan and Sears Principal Stephanie Helfand took over in 2020.

The teachers’ testimony was compelling enough to pull residents from their chairs.

Kenilworth resident Melanie Earle said that the discussion had her “shaking with anger and frustration,” especially as she considered the proposed multimillion-dollar renovations slated for the school building.

“There’s obviously a problem,” she told the board. ” In this community, we have more than enough money. … What’s really important is who is in the building, not the building itself. How can you possible tell these people who have shown up for our kids in a global pandemic that they are asking for too much.”

“I can’t believe we are wasting all this time and energy not talking about the kids.”