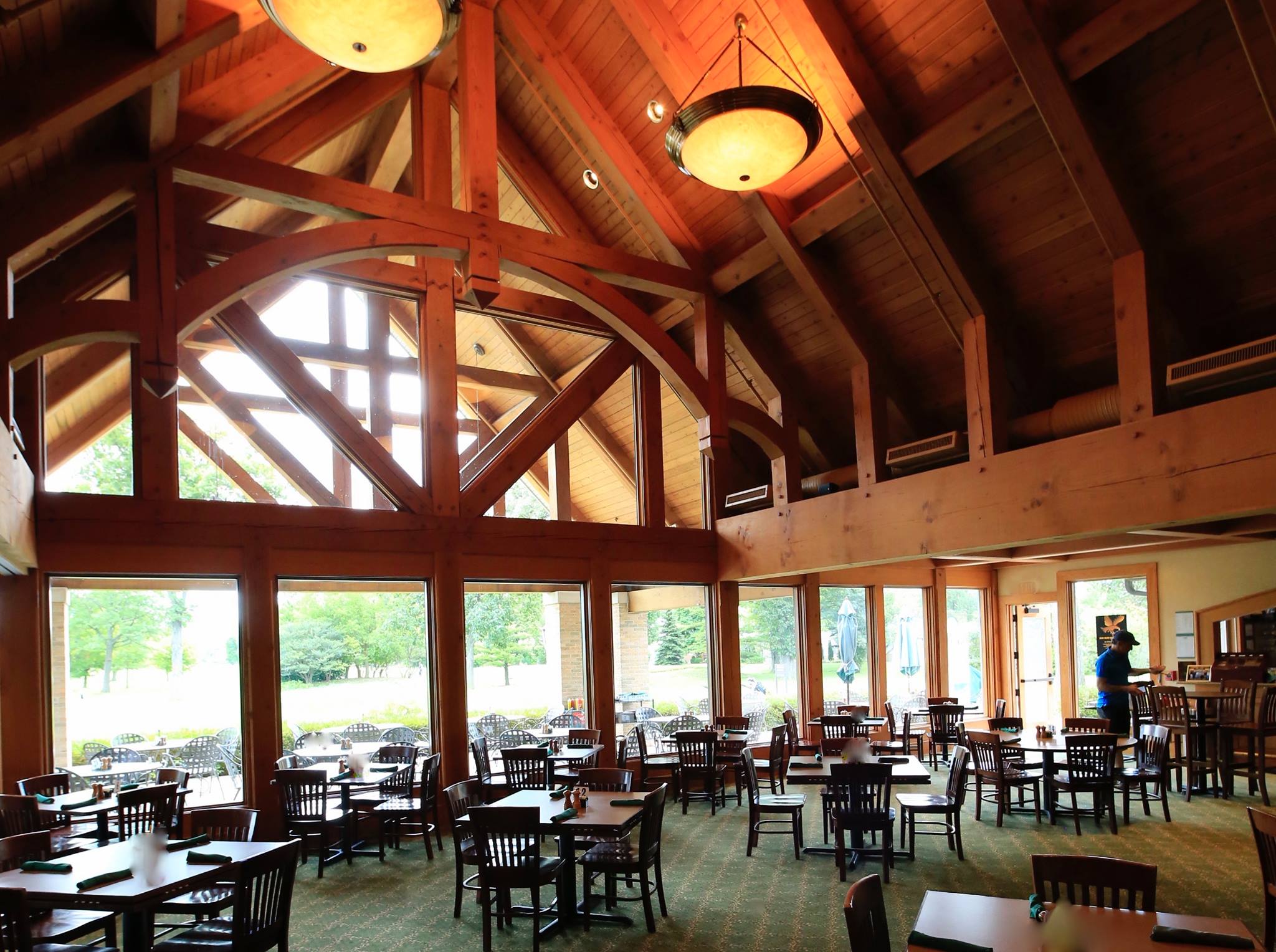 A La Carte Grill has been the Wilmette Golf Club's restaurant since 2018. | A La Carte Social Media

At the Wilmette Golf Club, the competition continues in the dining room.

The contract of current kitchen tenant, A La Carte Grill, is expiring at year’s end, and the Wilmette Park District will open a bidding process in November, according to Steve Wilson, the district’s executive director.

“We are seeing what our options are,” said Wilson, who added that the process doesn’t mean A La Carte can’t win back the bid.

In advance of 2018, A La Carte entered into a three-year contract with the park district to occupy the space. According to Wilson, the agreement was extended one year because of COVID-19.

A La Carte is a longtime Wilmette catering business that previously operated a storefront on Green Bay Road. Owner Chrisi DeClemente Harlow, a Wilmette native, said she is passionate about staying at the course.

“I feel that we’ve brought quality of food and service here,” she said. “We have (hosted) the Wilmette Rotary, all of Loyola’s banquets, the Taste of Wilmette. … I have 49 years in this business and feel very strongly about resuming my contract here.”

A La Carte replaced Open Kitchens, which ran the course’s food-and-beverage operation for about a decade. Open Kitchens was the first tenant after the district first ceded kitchen control at the course around 2007, Wilson said.

The original agreement between A La Carte and the park district called for the restaurant to pay $78,000 annually. Wilson said those terms were modified during the pandemic, when the course’s buildings and services were disrupted. Wilson said A La Carte will “pay closer to $65,000 this year.”

An email announcing the upcoming availability of the space was sent to park district contacts on Tuesday, Oct. 19.

The message describes the location as a restaurant and event space that features a commercial kitchen with equipment, large patio and view of the course. It reads in part, “Revive your bottom line with this unique venue that promises high-value sales and fantastic brand exposure.”