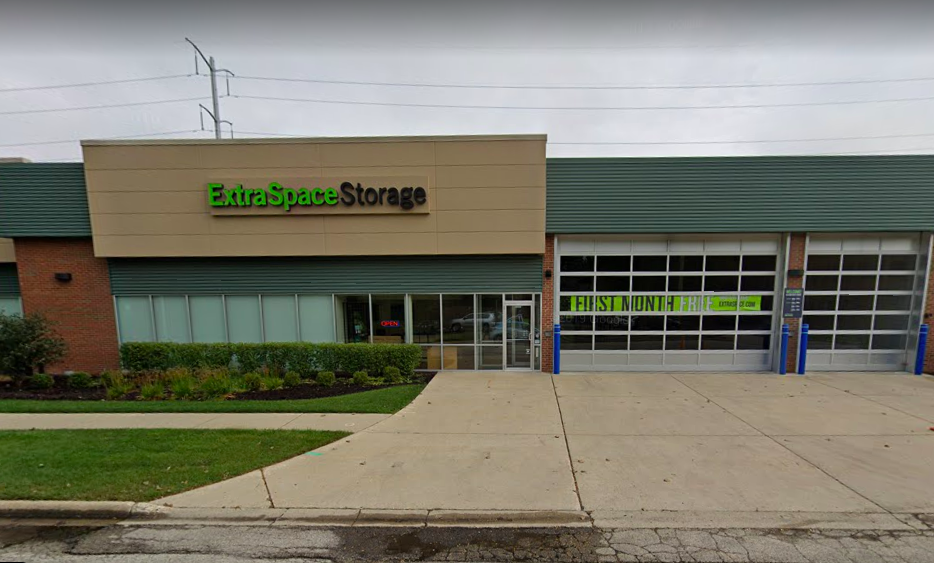 Northfield's ExtraSpace Storage is on the market and will soon go to auction. | Google Maps Image

It’s “Storage Wars,” but the entire facility is up for grabs.

Not unlike the A&E reality television show, an auction will be held in relation to a Northfield self-storage complex before year’s end. But at stake is the property.

Because of this, the Northfield Village Board approved an amendment to the special-use permit for Northfield Storage Properties LLC, which owns ExtraSpace Storage at 275 Northfield Road, at its regular meeting on Tuesday, Oct. 19. The change allowed for the zoning amendment to be approved now, but the determination of whether the new owner can financially support the facility done at a later date.

Trustee Todd Fowler was absent from the otherwise unanimous vote.

Steve Gutierrez, the village’s community development director, said that approving this amendment would allow approval of transfer of ownership to go directly to the Village Board, and the new owner would not have to go through the Plan & Zoning Commission.

That commission had previously approved the amendment with two conditions: 1.) All plantings within the original landscaping plans are restored, and 2.) the new owner is revealed to the village by no later than Nov. 23.

Gutierrez added that village staff recommended a third condition, which is that all the conditions set out in the permit be followed.

In answering questions from the board, John Mengel, the property owner, said he doesn’t believe he’ll have a problem getting everything done by Nov. 23.

“I can say, informally, that we are in extended negotiations and are very near reaching an agreement,” he said regarding the property transfer.

Village President Greg Lungmus described the process as “a little unusual for the village,” but added that the board and staff are “trying to do everything we can to be as business-friendly as possible to special use.”

Village Manager Stacy Stigman said one of the reasons this amendment was being proposed was because of the timeline with the property transfer, since Mengel would like to sell the property before the end of the year.

If the parties involved went through the typical methods, they would have to get zoning approval and wait between 45 and 60 days.

“I think the 45- to 60-day window has been problematic in this particular case,” she said.

The board also approved an intergovernmental agreement with Cook County for the ongoing Happ Road project, which covers the area from Willow Road to Winnetka Avenue. That project will soon move on to Phase II, which Sigman described as the construction engineering portion of the project and includes all easements or property acquisitions.

In August, Patrick Engineering was granted a contract for the project for $963,607. Sigman said the IGA sets the conditions for who will be responsible for certain payments.

She said the Village will only be responsible for $14,000, while Cook County will reimburse $495,000 to the Village. The balance will be paid from federal funds through the Surface Transportation Program.

The Village will also take the lead on the project, but Cook County will handle any issues with land acquisition, “and also pay any sums for those easements or land rights directly to the property owners,” according to Sigman.

Trustees also voted to begin Phase II under a new program established this past March that would allow the project to proceed with only preliminary engineering. This is because of a backlog of cases pending in front of the Federal Highway Association.