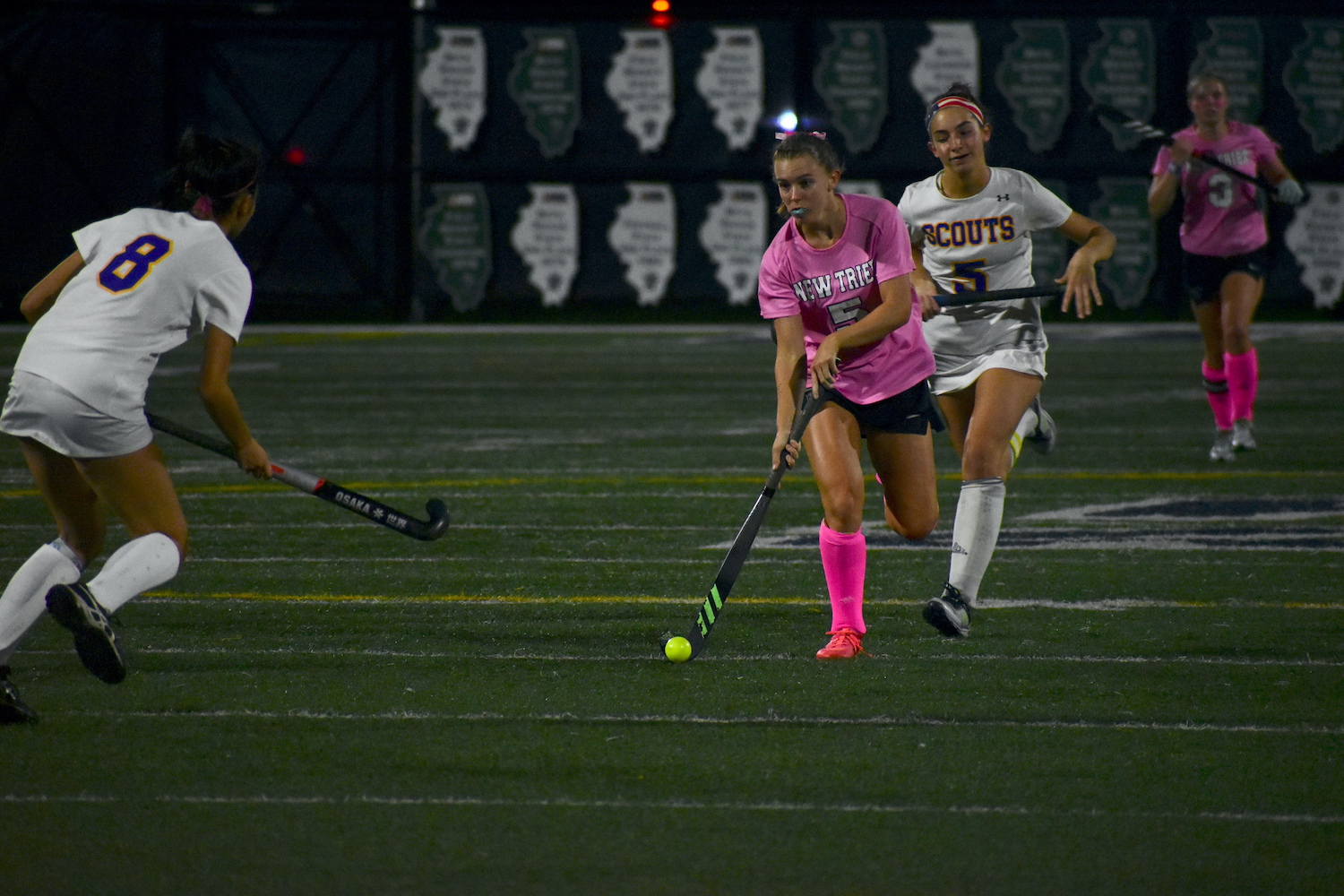 The postseason seeds for the Illinois field hockey tournament came out at the beginning of the week.

And if the results mean anything, the rankings may not.

“I think it’s good for us to know we can play against them,” New Trier junior Honor Roberts said of Lake Forest. “We have the chances, we have the skills, we have the momentum, we just need to finish it. It’s good to know that we can do it … and have the ability to play and compete against the No. 1 team.”

Roberts scored in the second quarter against the Scouts to give her team a 1-0 lead that lasted until late in the third quarter.

Off of a short corner, Lake Forest’s Katherine Malloy fired a shot from the right wing that found the cage to knot things up heading to the final period.

That score held through regulation play and one period of overtime before the match was called a draw.

New Trier has won 14 state championships, including eight since 2007 and the last two (2018 and 2019), while Lake Forest has 13 state crowns, and 11 from 2000-2017, including back to back in 2016 and ’17. Thursday was the third time the elite programs met this season, with the Scouts winning a 3-1 decision early in the season and the Trevs claiming a 1-0 victory in the Oak Park-River Tournament in late September.

Trevs coach Stephanie Nykaza liked what she saw from her squad in the third matchup but was still in a funk after the game.

“We played well. We played very well, but we didn’t play well enough.”

Nykaza pointed out the Trevs drew no short corners, while the Scouts took three — all in the second half.

New Trier still had its chances, centering multiple balls in the circle, whether via passes or drives. It even put a couple shots on net, but nothing more to the back of the cage after Roberts’ goal early in the second quarter.

“I liked a lot of stuff with how we were playing against them, but we couldn’t finish,” Nykaza said. “We have people that can score and I just wish that came together a little more.”

New Trier will get its chances to improve in that category when it begins its defense of the 2019 state championship — there was no 2020-21 state tournament — with a sectional game on Wednesday, Oct. 20, at Loyola Academy’s Munz Campus.

Nykaza said the Trevs are ready to go, and Roberts agreed.

“The season has gone in waves but we’ve done really well and hit our turning point,” she said. “Now, we are on an upward path.”