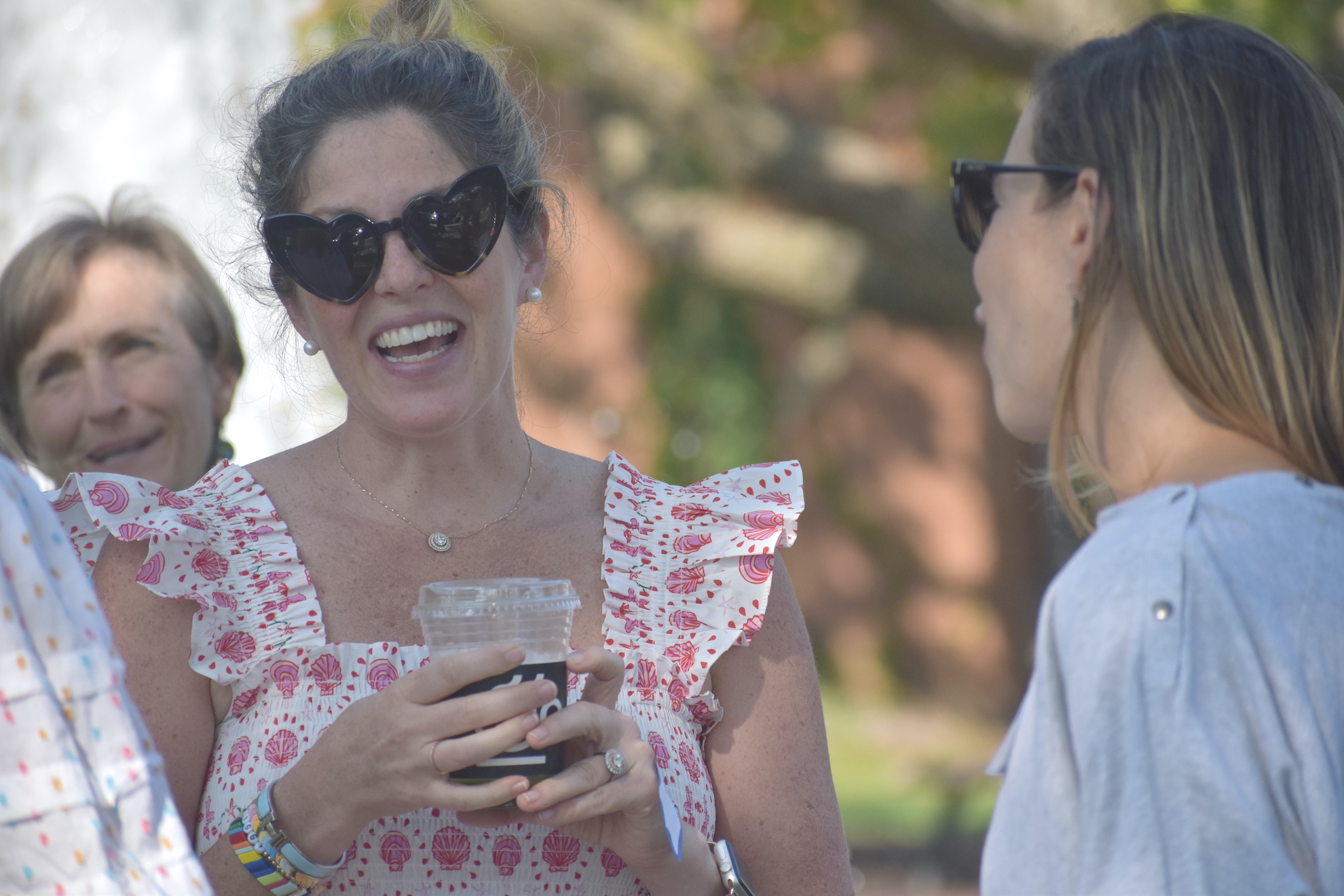 Ali Wenzke is used to getting used to a new place.

The Wilmette resident once moved 10 times in 11 years, and if you said she wrote the book on it, you wouldn’t be exaggerating.

But Wenzke, the author of “The Art of Happy Moving,” did not stop soothing transplants upon publication. She hosted a Welcome to Wilmette gathering on Friday, Sept. 10, in the downtown area.

Wenzke said her desire to welcome was spurred by a difficult move out of state.

“One move, it was really hard to meet people,” she said. “ … It’s especially important right now. We’re all longing for social connections. It’s a great way for people who are going through the same things to connect and share experiences.”

Around 30 community members met up at Central Station Coffee and Tea before hanging out on the Village Hall Green for icebreakers and conversation.

Roberto Mazza and his wife, Maayan, were among the group.

He said that Maayan’s new job at Northwestern University recently brought the couple and their two children to Wilmette.

With lighter pandemic restrictions than a year ago, the Mazzas have been looking for opportunities to get to new places and meet new people.

This did the trick.

“It’s a way for our family to be part of the community and expand our circle,” said Roberto, who is a native of Italy and also begins a teaching position at Northwestern this month.

Representatives from Go Green Wilmette and the Wilmette Woman’s Club were also in attendance to mingle with the new residents.

Wenzke said she does not have plans for another Welcome to Wilmette party, but keep an eye on social media, where she announced and marketed Friday’s event.

“The Art of Moving” is available locally at The Book Stall in Winnetka and can also be purchased online.