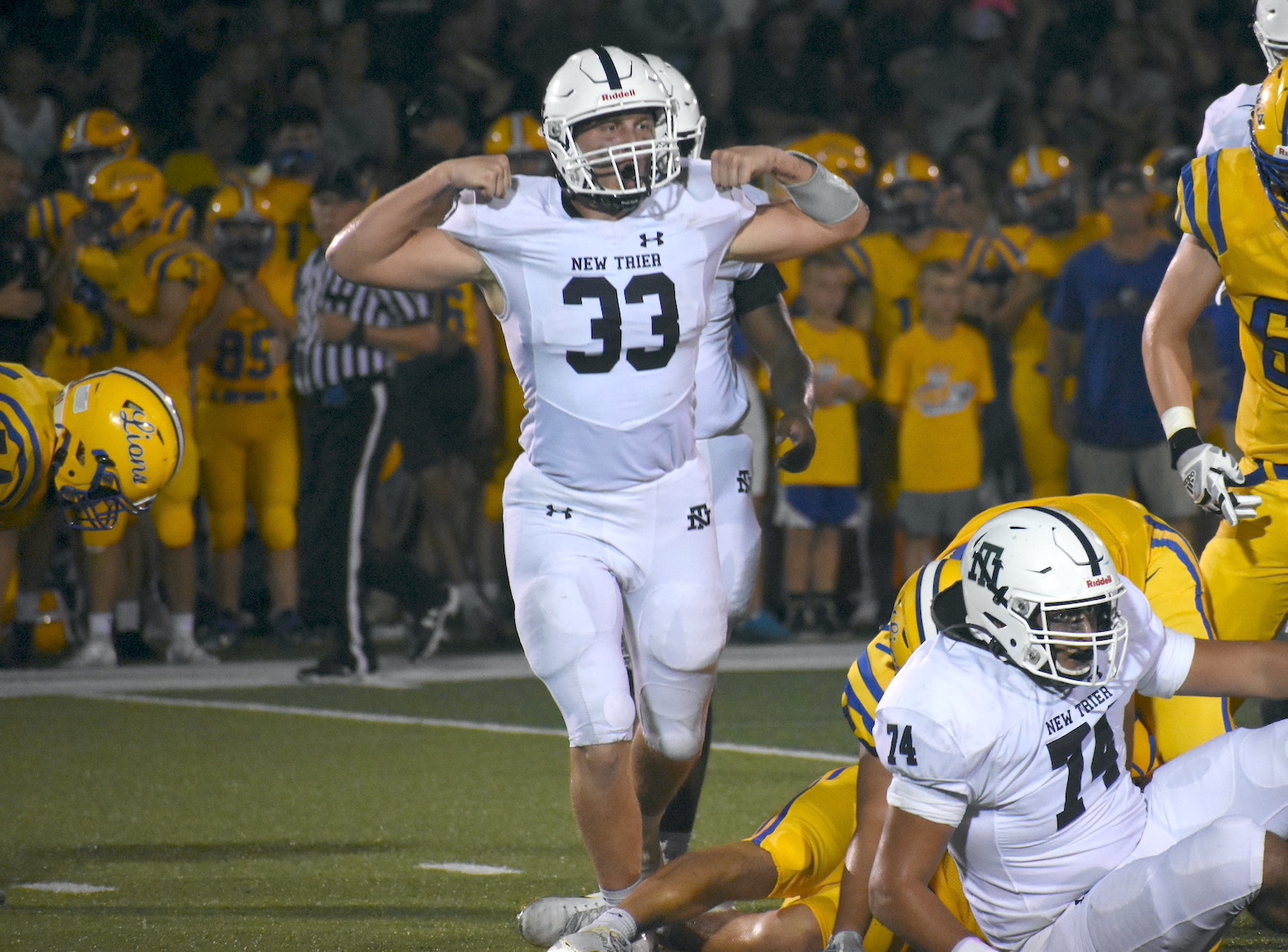 Jack Cummings is a senior running back and middle linebacker with New Trier football. Cummings, who is also a Trevians wrestler, had two rushing touchdowns and a quarterback sack in the season-opening win Friday, Aug. 27.

Not something super special. I just make sure everything feels good. I have a massage guy, so if anything feels sore before the game I go in make sure I feel good.

As of now, I’m not planning on playing any sports. I am applying to the U.S. Naval Academy and hopefully I will get in there.

3. Why the Naval Academy?

It has been a goal of mine since I was kid to go there. My uncle went to the Naval Academy and is a role model to me. It’s something that I’ve worked toward.

4. What is your favorite thing to do off the field?

Well, my favorite thing to do is be on the field, so off of it, just hang out with friends, play video games — a lot of “Maddon” and “NBA 2K.”

5. If you could try another sport, what would it be?

If I could play another sport it would be between two. I used to row freshman and sophomore year or I would play rugby.

6. If you are in Walgreens with a couple bucks, what are you buying?

I’d go with a pack of gum, probably Extra gum. Then I’d get like a Gatorade (Red) and Clif Bar (chocolate chip)

7. Who is the funniest guy on the team?

I don’t know, there are a lot of funny guys. Tommy Moser is pretty funny, I’d have to say. He is a funny guy. He just always has a positive attitude and witty remarks.

8. What is something people do not know about you?

I was born in Louisville, Kentucky, and moved to Illinois five or six years ago. My family lives (in Kentucky), so I like seeing them, but it’s not a super exciting place to live.

9. You played both ways in Game 1 with 90 degree temperatures. What was it like?

It was tiring. By the middle of the second quarter, it really got to me. I became exhausted. That’s when I was rotated out on offense, and Jackson (McCarey) came in and made some huge plays.

Coach set us a few goals at beginning of season. The first of which was to win Game 1. We accomplished that. A few other goals are making the playoffs, being conference champs. Winning a state championship is always a goal, but obviously that’s a lot more challenging. I think making it to the playoffs and two or three wins in the playoffs would be a great goal for our team to have.