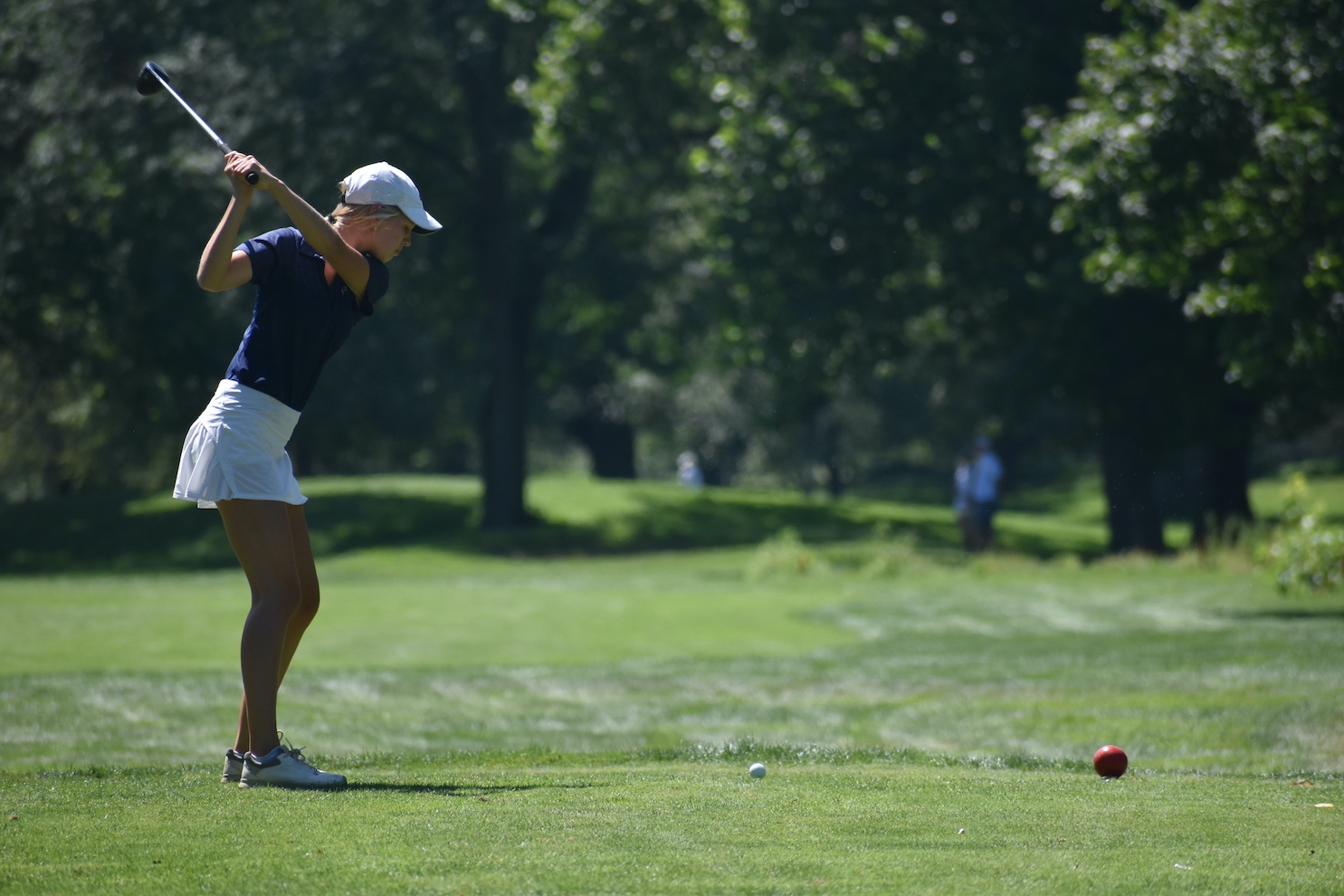 1. Do you have any pre-round or pre-shot rituals?

I would say before every round I have one necklace I like to wear. I also like to play with a Titleist 2 ball. Before a shot, I usually take just one practice shot.

2. What is your favorite club in your bag?

I think it’s my 7 iron. I hit it pretty accurately every time.

3. What are your plans for next year?

I am talking to a lot of college coaches right now. I’m trying to decide which college to commit to, which will probably happen soon.

4. What is your favorite thing to do off the course?

I like to hang out with my friends and also go to Michigan a lot with my family. It’s near St. Joseph.

5. If you could play another sport for New Trier, what would it be?

Probably tennis. It would be a cool sport to be good at. I have played, but I’m not very good.

6. Who is the funniest person on the golf team?

I feel like honestly we all like to joke around with each other, especially on the course, which makes it fun during matches to joke around and not take it super seriously.

Probably some candy, like Sour Patch Kids or Kit Kat.

8. What is something people do not know about you?

I have a twin sister (Carter) who also plays on golf team. I have two dogs, they are white Labs, Commodore and Captain.

9. What are your personal goals for this season?

Probably just to beat my average from last year. I think my average 9 holes last year as 39 or 40, so maybe less than that individually. We had one tournament two days ago and I played really well.