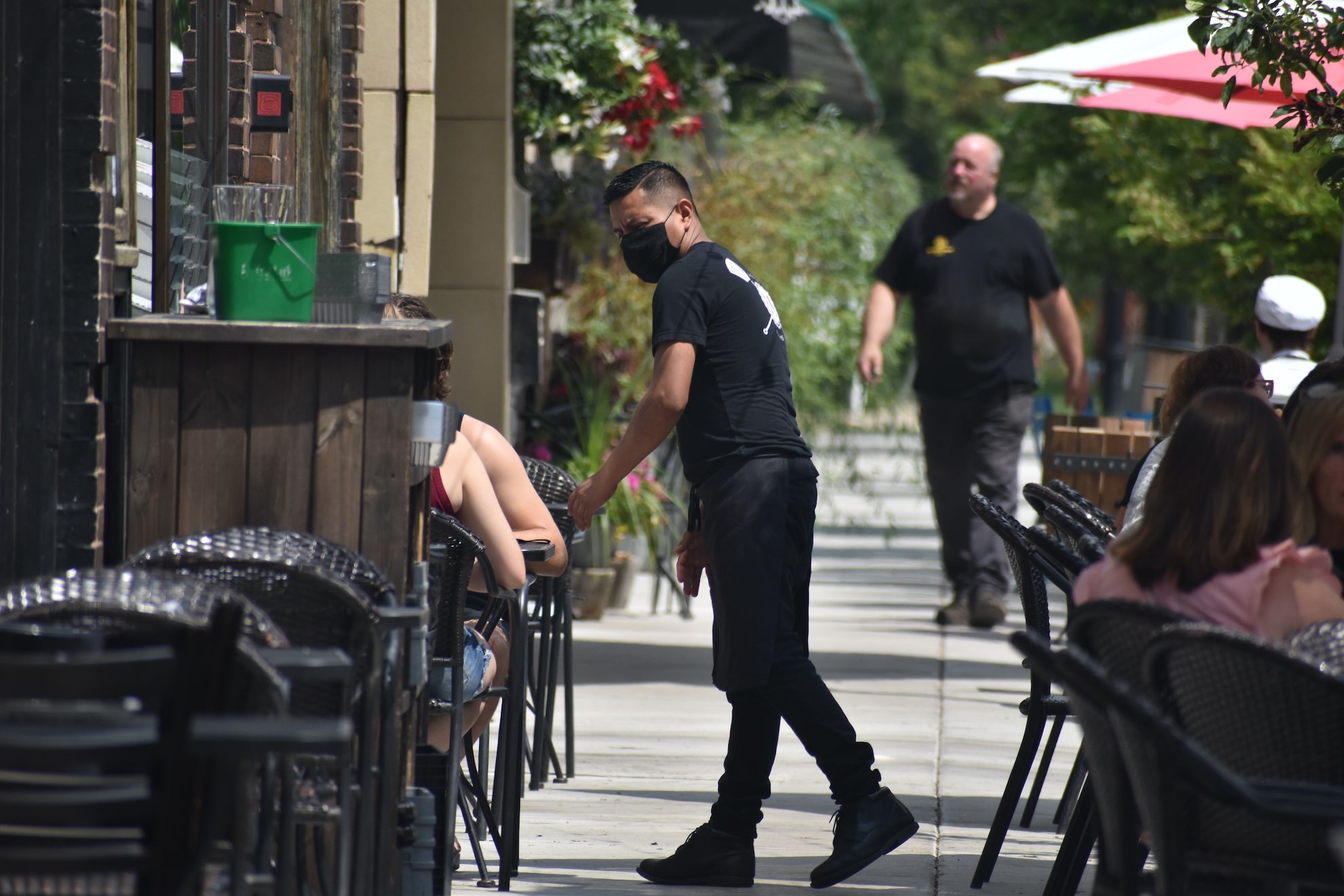 New cases of COVID-19 are back on the rise in Wilmette and Winnetka, in line with a national and statewide trend spurred by the Delta variant.

Wilmette recorded 10 new cases on July 28, which is a higher number than the total recorded (9) in a five-week span between June 10-July 18.

The 10 cases in a day are Wilmette’s largest single-day sum since April 10, according to Village data, but are short of daily cases at the height of the pandemic, which reached 20-plus in November 2020.

The data also shows that in the past eight days, July 22-29, 27 new COVID-19 cases were identified in Wilmette.

Similarly, Winnetka has seen a jump as well, tallying 12 new cases from July 17-24, the most in one week since early May, according to Cook County data.

Neighboring communities have recorded similar trends with Glenview and Northbrook seeing 144 percent and 133 percent jumps in cases from early July to late July.

Fellow New Trier towns Glencoe, Kenilworth and Northfield, however, have not seen upswings in cases.

Officials announced July 29 that they will be issuing new mask-wearing guidance on Friday, July 30, after the CDC changed the classification of the county, “indicating that there is substantial community transmission of COVID-19,” according to a press release from the Cook County Department of Public Health.

With the change in classification, the CDC recommends that all fully vaccinated people wear a mask in public indoor settings, officials say in the release.

“We strongly recommend that everyone follow the CDC recommendations and we will be issuing a new masking guidance tomorrow,” said Dr. Rachel Rubin, the co-lead of the county’s health department. “The Delta variant is the strongest version of COVID-19 yet and we must contain it through both vaccinations and prevention measures such as mask wearing indoors and in crowded outdoor settings.

“Until we reach a higher vaccination rate in the County, we must continue following sensible mitigation practices, particularly when cases are rising. Masking, vaccination and physical distancing are imperative. We will need the cooperation of all residents, employers, venue operators and officials to keep our communities safe.”

Across suburban Cook County, the positivity rate was tracked at 3.6 percent on July 24, the highest mark since mid-May, while on July 27 cases surpassed 200 for the first time since May 22.

According to the county, the Delta variant is responsible for 64.5 percent of all new county cases in the past two weeks.

In suburban Cook County, 159 individuals are hospitalized with COVID-19, an increase of 63, or 66 percent, from a week prior.

Other suburban counties, such as Will and DuPage, also have updated their guidance to include recommending all individuals, vaccinated or not, wear masks in public indoor settings.

Statewide, the positivity rate is closing in on 5 percent, at 4.6 percent as of July 28, according to the state. More than 2,000 new cases were counted on July 28. That number hasn’t been hit since early May.

More than half of the counties across the country (52% of 1,680) are registering transmission levels rated as “high,” the CDC’s top warning, which indicates at least 100 new cases per 100,000 people.

According to the CDC, suburban Cook County has “substantial” transmission, the second highest warning.

According to John Hopkins University data, and reported by CNN, cases rose in 49 of 50 states over the past week (July 22-28) and jumped at least 50 percent in 36 of those states, including Illinois.

COVID transmission is the most alarming, according to CDC data, in Los Angeles County and several southern states, such as Arkansas, Florida and Missouri, among others, where vaccination rates are low.

The COVID-19 surge comes as local schools are setting COVID-related protocols for their 2021-22 school years.

The CDC updated its guidance for schools in mid-July, recommending that masks should be worn indoors by anyone — regardless of vaccination status — aged 2 and older. Additionally, 3 feet of distance should be maintained in classroom settings.

That guidance was adopted by both the Illinois Department of Public Health and the Cook County Health Department.

The Record reported on July 13 that while New Trier High School officials supported previous guidance saying masks were only necessary for unvaccinated individuals, they would not make a decision until later in the summer.

Similarly, local public elementary schools are using a wait-and-see approach before setting policy for the upcoming school year. Loyola Academy announced this month that masks are not required for vaccinated or unvaccinated individuals while on campus.