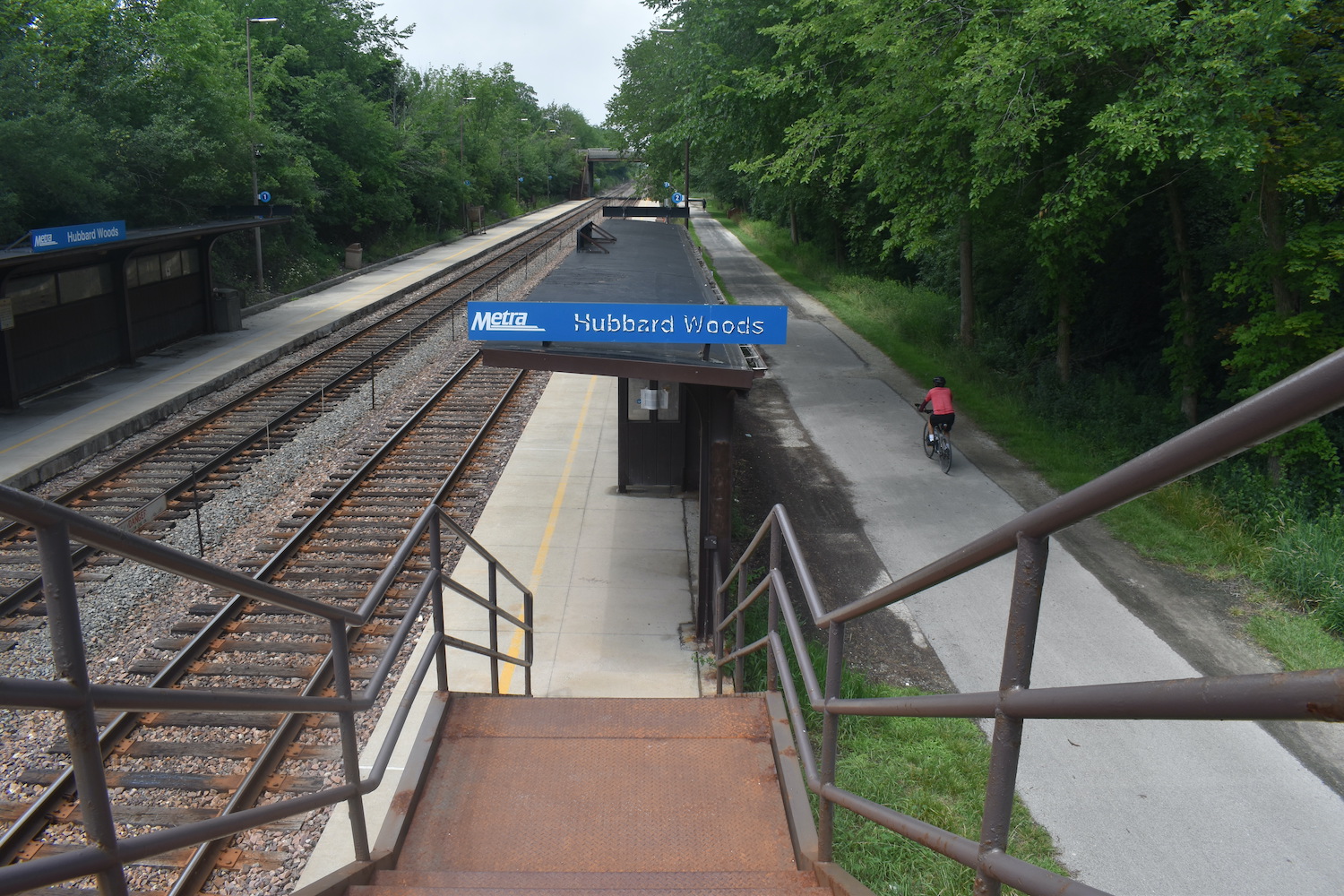 Metra officials are seeking public input on their plans to renovate passenger facilities at the Hubbard Woods station in Winnetka.

Also included in Metra’s renovation plans are a proposed 8-foot alignment shift of the Green Bay Trail, which is adjacent to the platform of the Hubbard Woods station. The alignment is needed to accommodate the widening of the platform and the construction of a new warming shelter, according to documents detailing the proposal.

The commuter rail company summarizes the alterations as renovations that will “improve passenger facilities and amenities, maintain the historic depot building, and improve ADA access.”

Along with potential shift of the Green Bay Trail, updates will include improvements to the interior of the station and providing elevator access to the platforms from the station and street level, according to information from the village of Winnetka.

A news release detailing the proposal says that platform-level upgrades are reconstructing the existing platform and relocation the windbreaks to improve pedestrian access and circulation.

Officials are also proposing a new enclosed warming shelter that would be constructed “to provide better protection from the elements to commuters” directly next to the inbound platform.

To make way for the new warming shelter and ADA circulation on the new platform, officials from Metra say a shift to a segment of the Green Bay Trail is necessary.

The new warming shelter — which officials say will be track-level — will go out beyond the current footprint of the platform, causing the need to relocate a portion of the trail, according to information from the village.

Officials say that approximately 535 feet of the trail will shift roughly 8 feet to the east.

“Avoidance options have been investigated; however, due to the addition of a warming shelter at track level and need for ADA circulation on the platform, the relocation the Green Bay Trail was unavoidable,” the release from the village reads.

The continuity of the trail system will be kept intact, officials say, noting a “minor modification” of the alignment. The land next to the trail will be restored to a “preconstruction elevation” and drainage reportedly will be “considered in the restoration grading design.”

Locals use of the trail will not be signifitanly impacted by the renovations, officials say.

Use of the Green Bay Trail will remain open throughout construction, officials say.

“Trail integrity will be monitored continuously, and repairs will be made immediately if construction activities have damaged the trail,” the release says.

Officials from both the village and Metra are encouraging residents to submit public comment regarding the proposal. To do so, email comments to dthomas@metrarr.com by Tuesday, July 20.