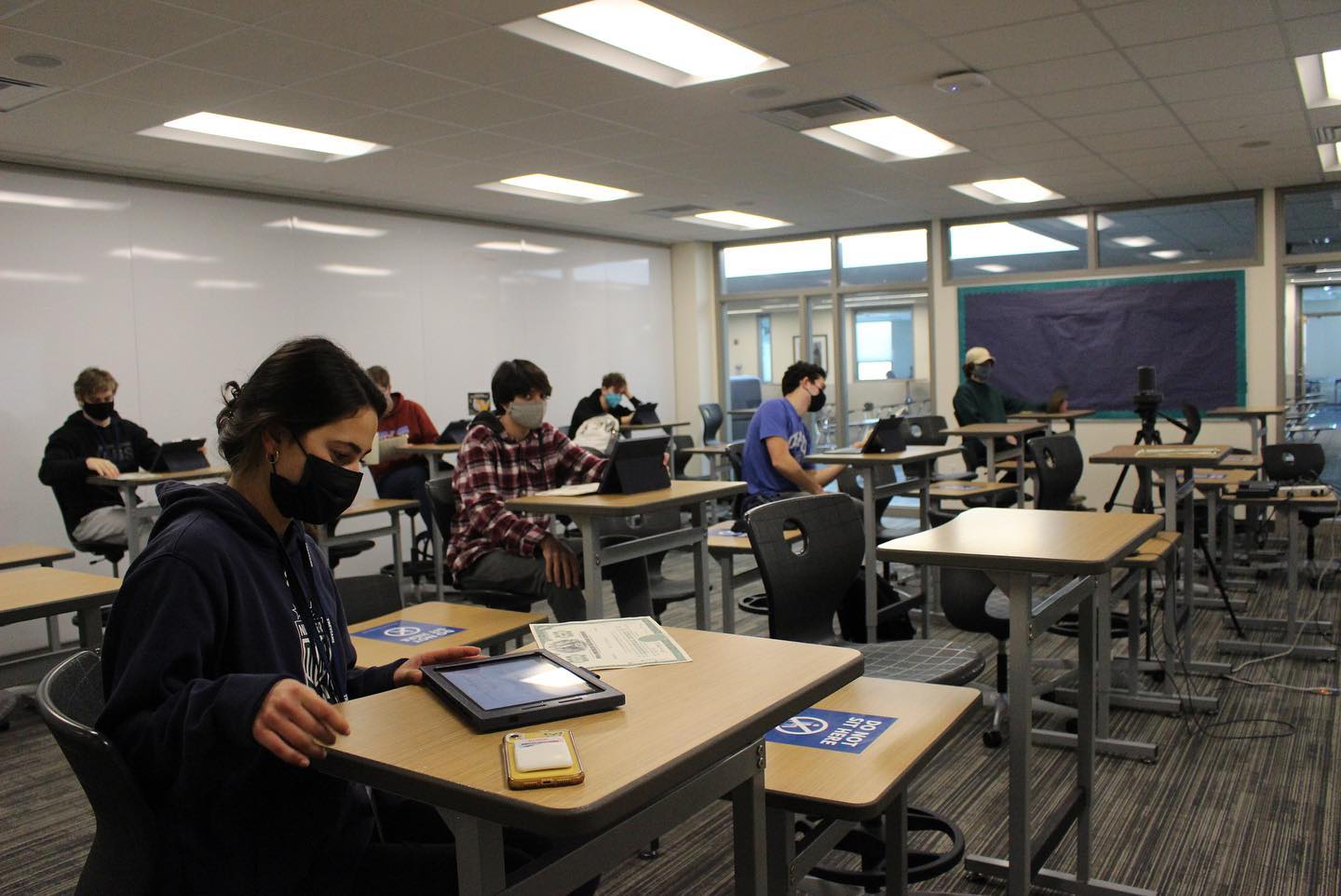 With the 2020-21 school year now in the rearview mirror, preparations for a new year are the priority at New Trier High School.

But district officials are missing one key piece of the puzzle: what, if any, mitigation measures will be in place.

New Trier Superintendent Dr. Paul Sally told the board of education during its June meeting that the district is continuing to monitor state and county guidelines, which are “still changing,” he noted.

The district’s goal is to notify families about mitigation requirements for next school year by early, or mid-August, Sally said.

“We’ll do it as early as we can, but realistically, I expect that changes might happen even into early August,” he said.

Calls to defy mask mandates have intensified locally, as parents in Winnetka School District 36 recently petitioned the board of education to make in-school mask-wearing optional.

The Illinois State Board of Education and Illinois and Cook County health departments have yet to issue guidance on mask-wearing in Illinois Public Schools for next school year.

Regarding mask-wearing, Glencoe School District 35 Superintendent Dr. Catherine Wang said in a memo to the D35 board of education earlier this month that district officials “have been told to plan for such measures for the 2021-2022 school year.”

New Trier officials said that once the remaining athletics seasons end by June 19, New Trier will discontinue its saliva-screener program.

The district is encouraging families to send in student vaccination records to its health services department, but is not requiring it. Doing so “supports (New Trier’s) work in making sure that we understand any future quarantining and safety issues related to students,” Sally said.

As previously reported by The Record, District 35 is requiring students and staff to provide their vaccination status next school year.

Parent communication regarding medical exemptions for remote learning next year will be sent out in July, Sally said.

Officials are hoping to mail out student schedules for the Northfield campus in July, while incoming tours and adviser events will likely take place in August.

At the Winnetka campus, self-guided tours will be offered from 8 a.m.-12:30 p.m. on Mondays. Schedule releases, along with sophomore and new families tours, are planned for early August.

New Trier is planning to resume many in-person school events to their traditional formats, but the district is also prepared to use virtual experiences “where appropriate,” Sally said.

The district’s top administrator again reaffirmed the school’s learning plans for the fall.

“I don’t think we can emphasize enough that full, in-person learning in the fall is our target,” Sally said.