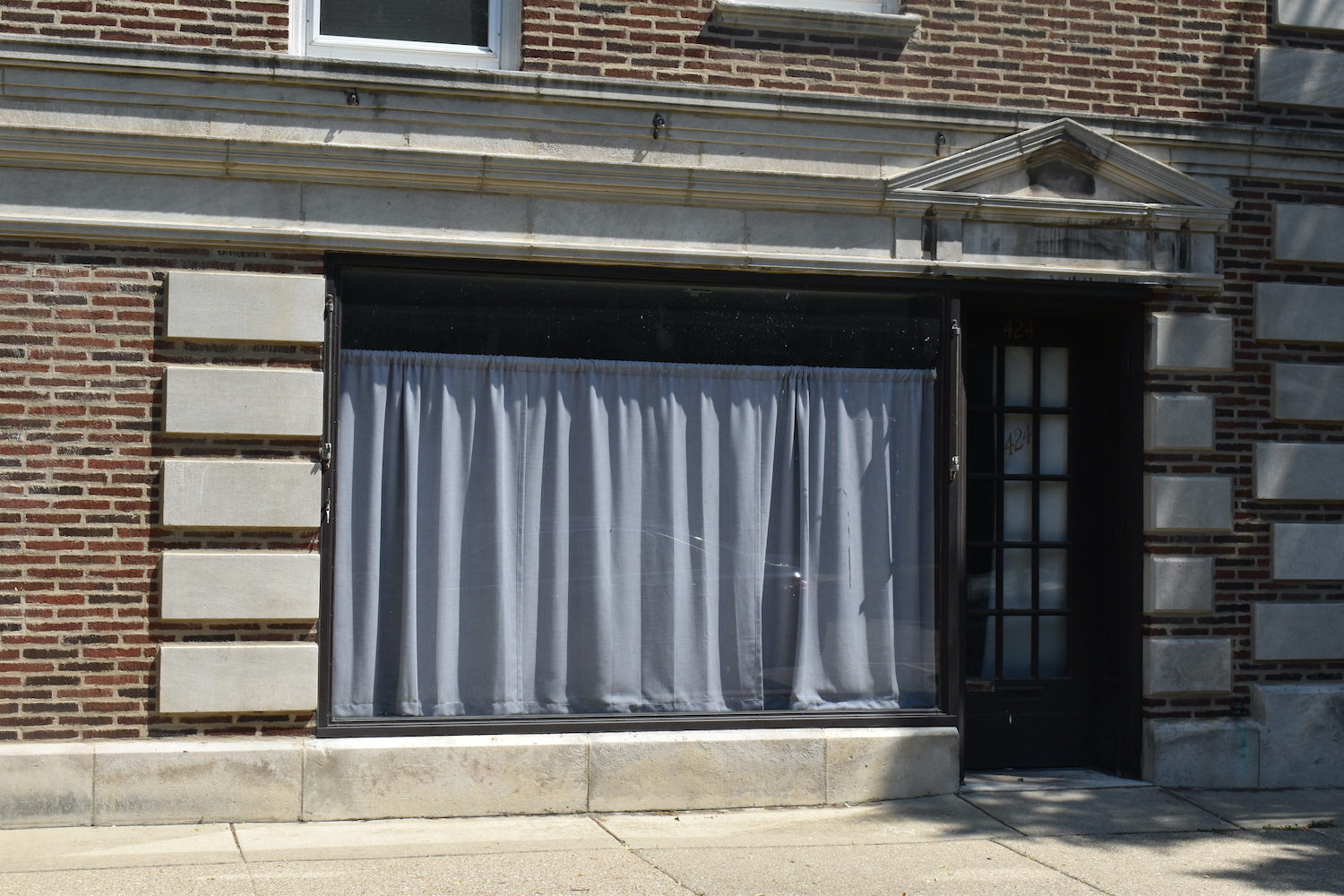 Blair Cooke has had his sights set on 424 Linden Ave. for years.

Cooke is the owner of Wilmette’s long-standing local favorite Alchemy Coffee House, which is located just down the street at 416 Linden.

The neighboring vacant space in Wilmette’s 4th and Linden business district caught his attention as the “absolutely perfect” home for his next business venture.

His vision became a reality earlier this week when Wilmette’s Village Board approved a request for a special-use permit to allow for a new specialty restaurant.

Cooke and Mari-Rose McManus, the owner of downtown Wilmette’s Exhibit Boutique, are opening Luigi’s Dress Shop at 424 Linden — a business they say “will be an entirely new concept in the retail beverage industry.”

According to the duo, the business will offer on-site specialty alcoholic beverages created from their own ingredients. The cocktails will be both made and bottled at the store.

“One concept of Luigi’s is to deliver the finest cocktails with the finest ingredients made from the hands that operate the shop itself and presented in a beautiful, professional way,” Cooke and McManus say in their proposal to the village.

A second characteristic of the business will be the illusion of a speakeasy, Cooke and McManus say. Cooke told village trustees during their June 8 meeting that the store will have gowns and dresses displayed in three window cases facing Linden Avenue.

“The way that we want to decorate the outside is just going to be beautiful,” he told the board. “We’re going to have awnings and gowns in the windows, and they’re for sale.

“It will be the nicest thing on the street. I’ve been thinking about it for a very long time because I’ve been running my coffee house across the street for 16 years, 200 feet away. I‘ve looked at this space for so long and thought, ‘gosh, this is absolutely perfect.’”

The business’s proposed operations include customers ordering cocktails online or by phone during set hours, then setting up a time for delivery. Cooke said that Luigi’s will start out focusing on delivering to the Wilmette area.

Additionally, Luigi’s plans to host private events of eight to 10 people where the custom-made cocktails will be served. The proposed hours of operation are 5-8 p.m. Wednesday through Sunday.

Reservations for those events must be made in advance and the store will be allowed to host only one per night, village officials said. The only alcohol service can be the cocktails that are created there.

Because the proposal received a split 3-3 recommendation from Wilmette’s zoning board, which under village code is considered a negative recommendation, it required at least five trustee votes for passage. The village board unanimously approved the proposal.

An ordinance including the special-use permit and a liquor license with set conditions will appear on the consent agenda of the board’s next meeting in late June.