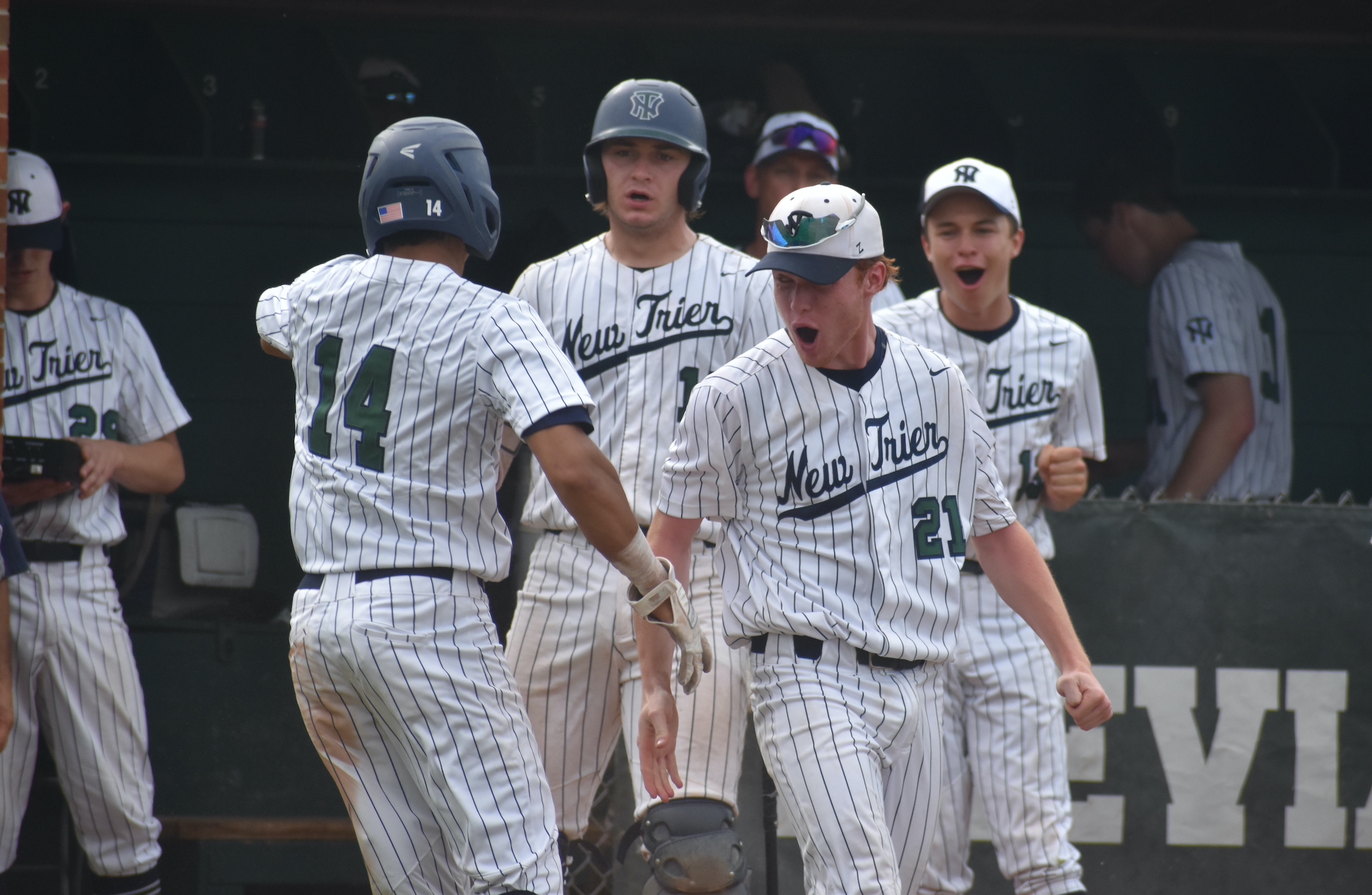 The best hitter on New Trier’s baseball team — and maybe in northern Illinois — is Alex Calarco.

Fellow Trevians senior Ryan Kaestle knows it, too. But that doesn’t mean he doesn’t take it personally when Calarco is walked in front of him, like in the fourth inning Monday night.

The intentional pass to Calarco loaded the bases for Kaestle, who funneled his emotions into a first-pitch swing that sent a rocket ground ball into left field to plate two runs and give the Trevians a 4-2 lead.

New Trier’s starting pitcher Dylan Huang held Maine South in check after that, and the Trevs took home a 7-3 win and a regional championship Monday, June 7, in Winnetka.

Huang was inconsistent early, but said Kaestle’s knock gave him a boost on the mound.

“That was just a huge momentum boost, especially with two outs. It got all the guys fired up,” he said. “It definitely motivates me, gives me confidence to just go out there and shove.”

Huang subsequently pitched two scoreless innings, while his offense gave him even more help in the sixth inning.

Sophomore Brendan Stressler lined a home run down the right-field line, and Calarco and Kaestle followed with doubles. Kaestle eventually scored on a wild pitch, and the Trevs carried a 7-2 lead into the final frame.

It was a welcome sight for Napoleon, who has seen a comeback or two on his way to 900 wins.

“You never have enough runs in high school baseball,” he said. “I’ve seen too many crazy things happen.”

While important on its own, the victory held a bit more weight for New Trier, which lost to Maine South twice in the regular season — once after holding a 9-0 lead.

“They got us two times in the regular season, but we got them when it matters most and that’s what we like to see,” Huang said.

The Trevs move to sectional play at 4:30 p.m. Wednesday, June 9, when they will take on host Lane Tech for the first time this season.

New Trier will put Dalton Hastings on the mound, one of its top arms, Napoleon said.