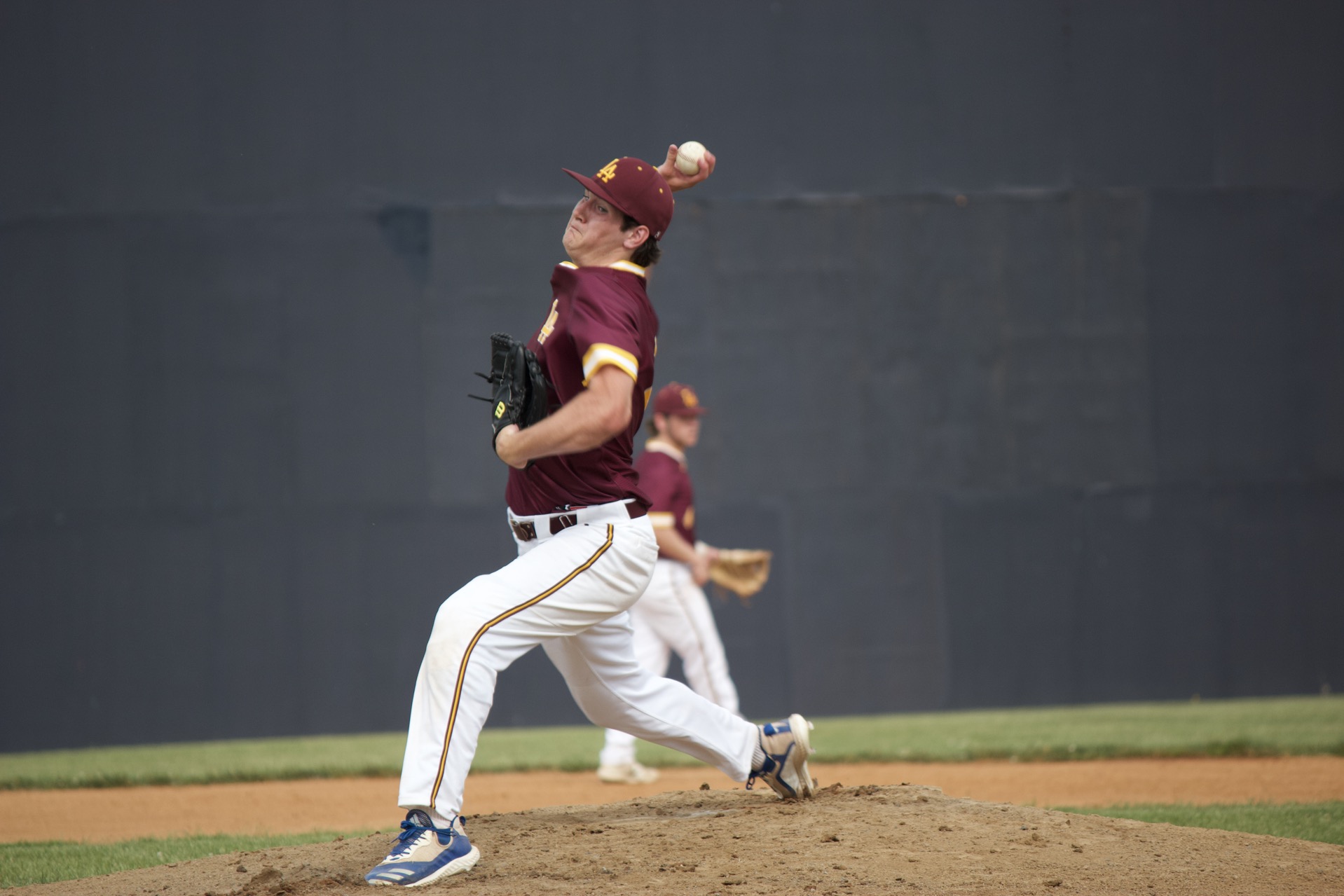 Through 12 outs, Loyola Academy’s regional final against the Evanston Wildkits looked like a classic pitchers’ duel.

But the Wildkits’ offense flipped the game’s script in the bottom of the third inning, plating two runs and making the Ramblers pay for issues that have plagued them this season: walks and errors.

Evanston then busted the game open one inning later with nine-run fourth that was also aided by bases on balls and misplays en route to its 11-0 victory over Loyola on Monday, June 7, in Evanston.

“All year long walks and errors hurt us, and that is what hurt us today,” Loyola head coach Chris Ackels said. “We walked a lot of guys and committed a lot of errors.”

Simon started the third inning with his sixth punch out of the afternoon, but the ‘Kits kickstarted their first threat of the game with a one-out single to center field.

After Loyola recorded the second out of the inning — via another strikeout by Simon — four straight Evanston hitters reached base via a walk, making it a 2-0 game.

Evanston put the game out of reach in the fourth after 10 straight Wildkits reached base to start the inning. Senior Bobby Black delivered the crushing blow, a bases-clearing double to deep center field.

Despite the 11-run output, the Wildkits’ offense was the game’s subplot, as the team combined to no-hit the Ramblers over five innings on the back of a masterful performance from Liss.

The sophomore right-hander struck out five Ramblers over four and two-thirds innings of work. He allowed just two baserunners, both of which reached via a walk. Senior Briggs Bossert ended the game and secured the Kits’ regional championship by striking out the only batter he faced.

“(Liss) deserves all the credit in the world,” Ackels said. “That is a really good team. They are really well-coached. Yeah, we had some walks and errors, but at the end of the day, they played really well. They deserve a lot of credit.”

Liss kept Loyola hitters at bay with a three-pitch mix featuring his fastball, curveball and changeup. His velocity, paired with strong command, made the Ramblers assignment a tall task.

“When you mix speeds and mix locations, good things happen,” Ackels said. “Not just is he a really good pitcher, but he’s a really great pitcher who had a great day. Give him all the credit in the world.”

Although the loss ends Loyola’s season, Ackels said the team had some “great moments” throughout the year, adding that he “never had more fun coaching a baseball team.” He noted the team’s win over top-five-ranked Brother Rice and its stretch of three walk-off wins in four games.

“This team really believed in themselves and believed in the system,” he said. “This was a team that had 12 different starting pitchers this year. We fought through a ton of injuries. Eight different pitchers got a win, we upset a top five team in the state in Brother Rice, and some other phenomenal conference teams.

“This was a team that just never stopped believing in themselves. Even when they came in for the last inning, they were hyping each other up. They taught me how to believe in something and I really am proud of the way that they fought, and that’s the biggest positive to me.”

Close to a dozen seniors will graduate from the Ramblers program. The departing seniors are a special group to Ackels, as they are many of the same players he coached when he served as the school’s sophomore coach before taking over on varsity in 2020.

“This senior group, I came up with them. I was their sophomore coach and then got promoted to varsity coach as they moved up the varsity,” he said. “They’re always going to be really, really special to me. They’re such great kids, and great people, and they come from great families. I’m just going to remember their personalities, their character and their work ethic. I’m just really going to miss them.”