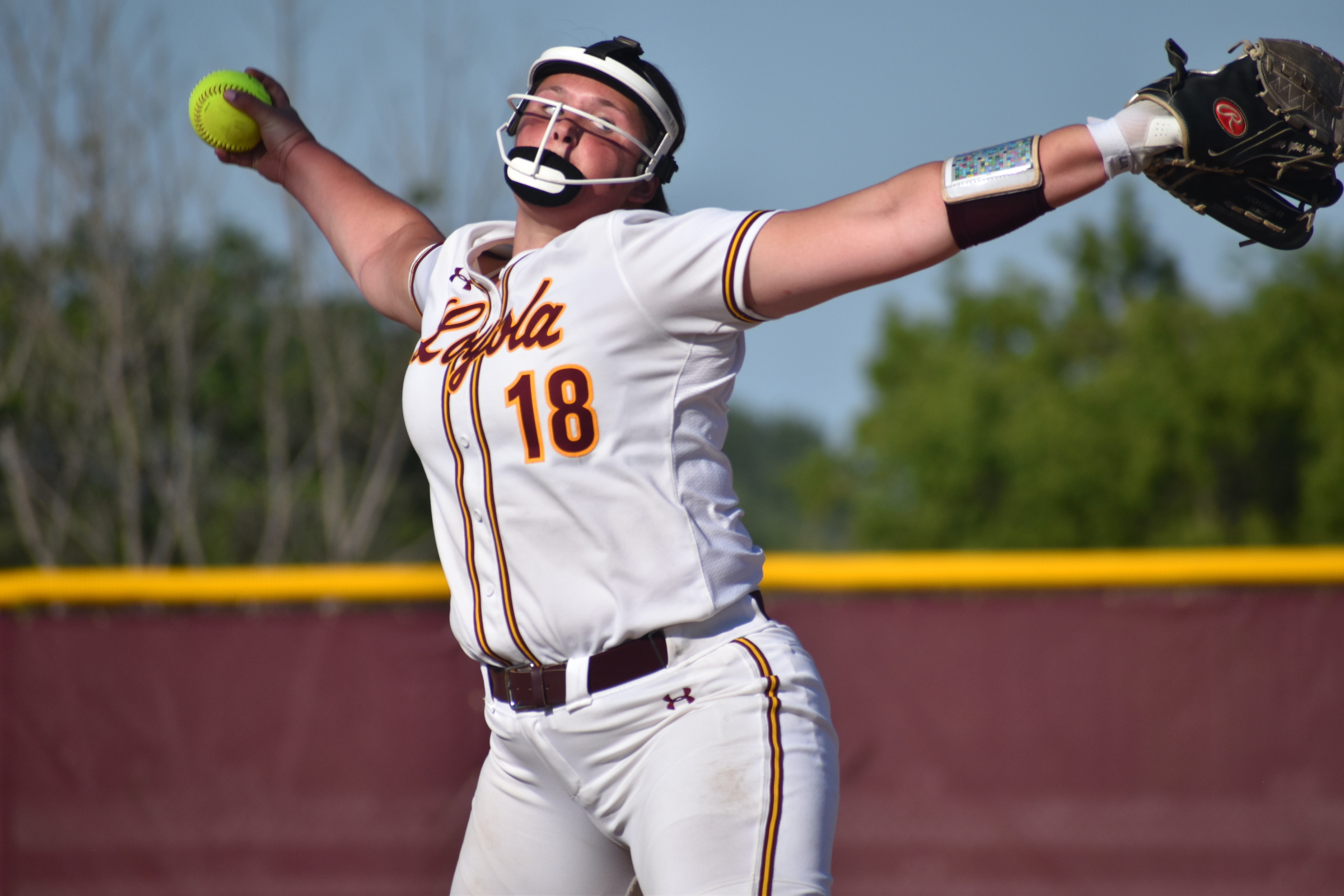 A pitchers duel can extend beyond the mound.

If you don’t believe it, the proof was in the batter’s box when host Loyola Academy met Niles West for an IHSA Class 3A Regional championship Friday, June 4, in Glenview.

The Ramblers Mackenzie Barry and the Wolves Kira Hoffman went toe to toe, striking out 11 and 13 batters, respectively, but at the plate, the pair combined for four hits, including a two-run home run apiece.

But tie goes to the senior, and Hoffman’s dramatic, two-out round-tripper in the top of the seventh inning gave Niles West — the Central Suburban South champs and sectional’s seventh seed — a 6-4 victory and a ticket to the sectional round.

The second-seeded Ramblers’ season ends in difficult fashion and with an 18-8 record.

“I think this was a great season,” Loyola coach Michelle Farrell-Fink said. “We finished second in GCAC Red, which is awesome. … We play in one of the hardest conferences around. We are super proud of the girls. We beat some big teams this year. This is just a tough way to go out.”

Niles West took a 3-0 lead in the third inning by stringing together three straight two-out singles.

It was an early punch in the gut for the Ramblers, but they stayed on their feet, answering with four two-out hits, three of which were home runs.

After a KK Raymond base hit, Kelly Corcoran connected on a long home run to left-center field. Barry followed with a no-doubt homer to about the same location, and then Morgan Van Horn, while facing two strikes, sent the crowd and her team into a frenzy with Loyola’s third consecutive homer — also to left-center field.

“When the other team pushes, we push back,” Raymond said. “We can’t just sit and hang our heads. We do a very good job of making sure our energy is consistently up and making sure that we push back. We fight back.”

Unfortunately, however, the onslaught was a one-inning affair.

Loyola only notched one hit the rest of the way and struck out 10 times in the final four innings.

“We just had one good inning,” Farrell-Fink “We didn’t put the pressure on like we have been doing to other teams. We had those big hits to take the lead, and we kind of sat on it unfortunately. And it came back to bite us in the butt today.”

Hoffman had plenty to do with that, though, taking advantage of the Ramblers’ aggressive hitting style.

“Honestly, I think we’re a very aggressive hitting team and I think her throwing that chaneup and that rise ball as a first strike really caught a lot of us off guard,” she said. “Not many pitchers do that today. Kudos to her, but it definitely threw us off today. From an aggressive standpoint, you have to change your mindset as a hitter to fix that.”

The Wolves tied things at 4-4 in the fourth inning before two scoreless innings pushed the game into the final frame.

With two outs, Niles West’s Maggie Burns doubled to keep the inning alive for Hoffman, who drove a two-strike pitch over the left-center field fence to give her team a 6-4 lead.

The Ramblers could not match, and after Hoffman’s 13th strikeout, the Wolves celebrated their regional championship on the mound.

Loyola waves goodbye to six seniors, including Raymond, who will play for the University of St. Thomas next season.

“This season honestly meant the world to me,” she said. “Not having a season last year really hurt. I didn’t get to play a season with two seniors who meant a lot to me. So coming into this year I knew I had to step up as a senior and … honestly we all clicked very well. It’s something I  hadn’t really seen yet at Loyola, not to this extent, where we instantly bonded. So it made my life so much easier as a senior and it made this season so much more special.”

In other postseason action …

Softball: The Trevians lost 11-0 to Taft in the opening round of regional play on Tuesday, June 1. Regina Dominican fell 3-2 to Rosary on Wednesday, June 2, when Kenzie Johnson and Emma Delaney had two hits apiece.

Girls Soccer: The Ramblers opened up the postseason with an 8-0 win on Tuesday, June 1, and followed it up with a 1-0 regional-championship victory over Glenbrook South on June 4. New Trier also earned a regional title after 6-0 and 3-0 wins over Maine East and Maine West, respectively. Regina Dominican topped Cristo Rey St. Martin 5-3 in double overtime.