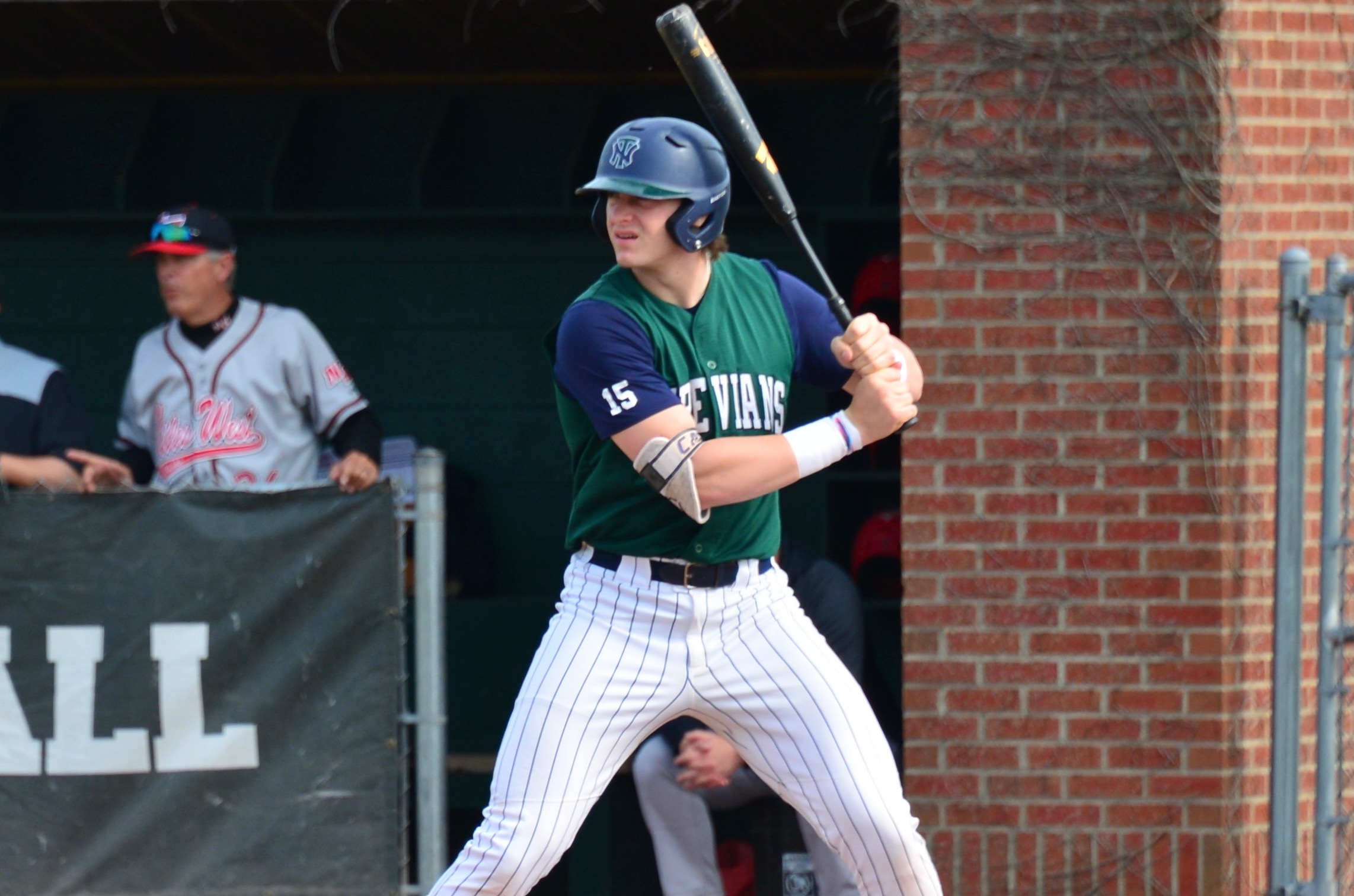 Alex Calarco at the dish for the Trevians. | Photo by Ann Harvey

Alex Calarco is a senior shortstop and catcher for the Trevians. He is committed to play catcher for Northwestern baseball next season.

1. Do you have any pregame or pre-at-bat rituals?

I have to listen to these two songs before every game in the car: “Work,” by Gang Starr, and “Dollaz On My Head,” by Gunna and Young Thug.

2. Why is Northwestern a good fit for you?

My brother (Anthony) is there right now, they have great facilities, great coaches, it’s close to home, great education. All of that.

3. How competitive are you with your brother?

I would say we are more best friends than competitive. We do sometimes compete, but more of best friends. We help each other out a lot.

Probably football. I feel like I’d be pretty good at it. I’ve always had that aggressive attitude, wanting to hit people. My mom never really wanted me to play.

I like hanging out with friends, going to the beach, being with my family. That’s pretty much it.

6. What do you need to do to prepare for Big Ten baseball?

I would just say improve a little bit every day, stay strong mentally, stay confident. Work hard every day, get a little bit better. Adjusting to speed of the game. I would just catch as many bullpens as possible. It’s a big jump. Catching 80 mph to 90-92 is a transition to say the least.

Probably either a manager or GM of a major league baseball team. Well, dream job, is a Major League Baseball player, of course.

I played the trumpet through grade school. So I’m a little bit of a musician, but not really.

10. How do you guys want to end this season?