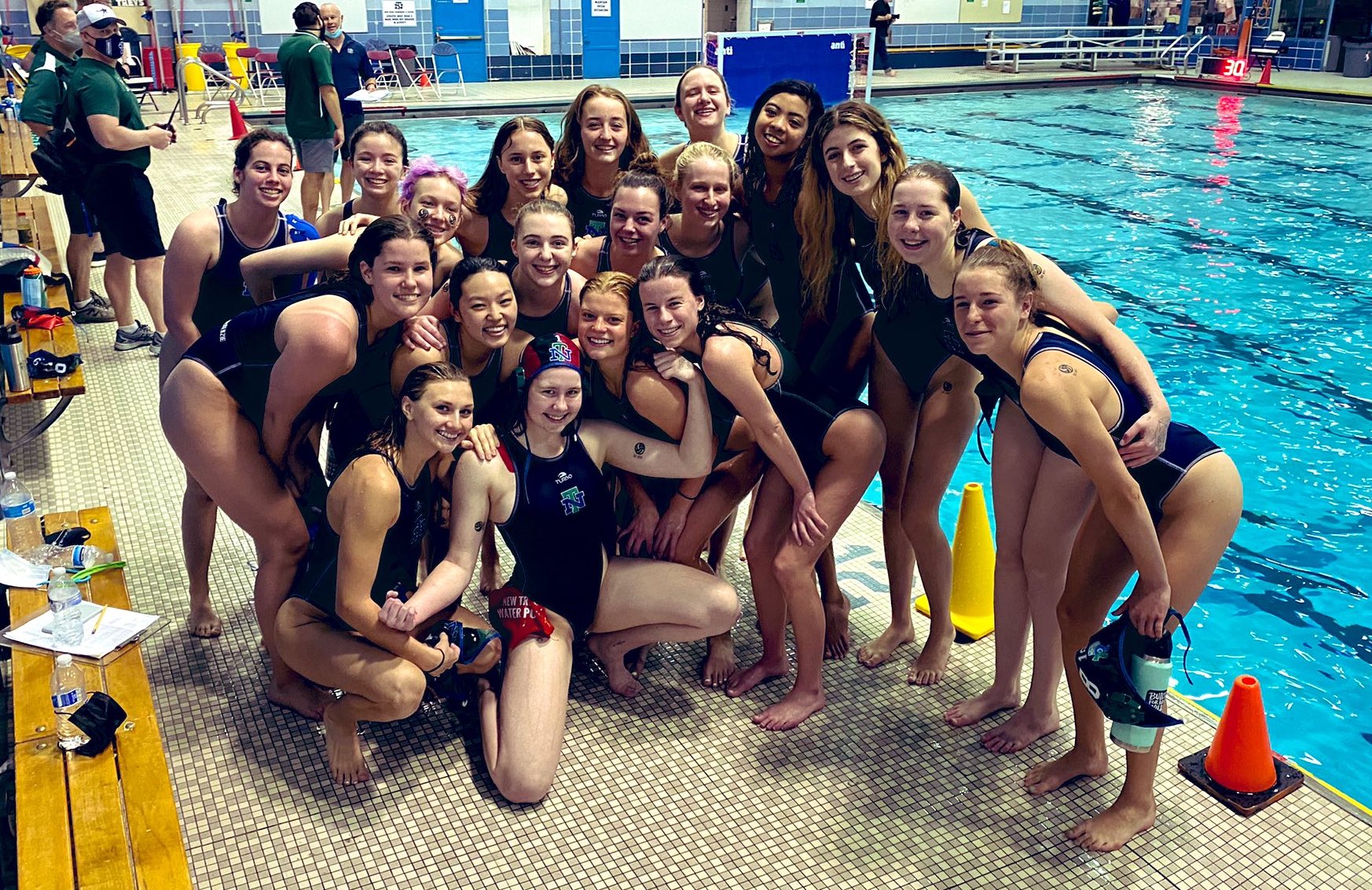 It was a banner day to be a Trevian water polo player Saturday, May 22, at New Trier High School in Winnetka.

Both the boys and girls teams won two games apiece, including sectional championship bouts that sent each team to the state finals.

The New Trier girls earned its sectional title in dramatic fashion with a 9-8 overtime win against rival Evanston.

The Trevs had a 5-4 lead at halftime, but the teams traded goals throughout the second half to force extra time.
There, New Trier tallied and held off Evanston to win the sectional crown.

It was the Trevs’ fifth win over the Wildkits this season, the last three of those victories were by one goal each and the final two went to overtime.

In the sectional semifinals, New Trier topped its other local rival, Loyola Academy, 16-9.

The Trevs move on to the eight-team state finals at Fenwick High School in Oak Park, where they open the tournament at 5:30 p.m. Thursday, May 26, against York.

Other teams in the finals are Lyons, Naperville North, Lincoln-Way East, Stevenson, Hersey and Lane Tech.

According to the website illpolo.com, New Trier is ranked fourth in the state, while York is sixth. Naperville North is the top-ranked program in the state. Stevenson is No. 2.

The Trevians took fourth in the state last season, which was 2019 because of a COVID-canceled 2020. This coming weekend will mark New Trier’s ninth state appearance in the last 11 years, which includes a second-place finish in 2015.

The finals play out — for boys and girls — through Saturday, May 29, at Fenwick.

On the boys side, New Trier had a slightly simpler time with Evanston in the sectional championship, winning 11-7 to earn its state berth.

New Trier will square off with Neuqua Valley at 5:30 p.m. Thursday, May 27, at Fenwick.

Neuqua is ranked No. 3 by Illpolo.com, while the Trevs are No. 9.

New Trier boys have now qualified for state in six of the last eight seasons, including in 2019. It took home a second-place trophy in 2017 and third in 2016 — the top two finishes in program history.