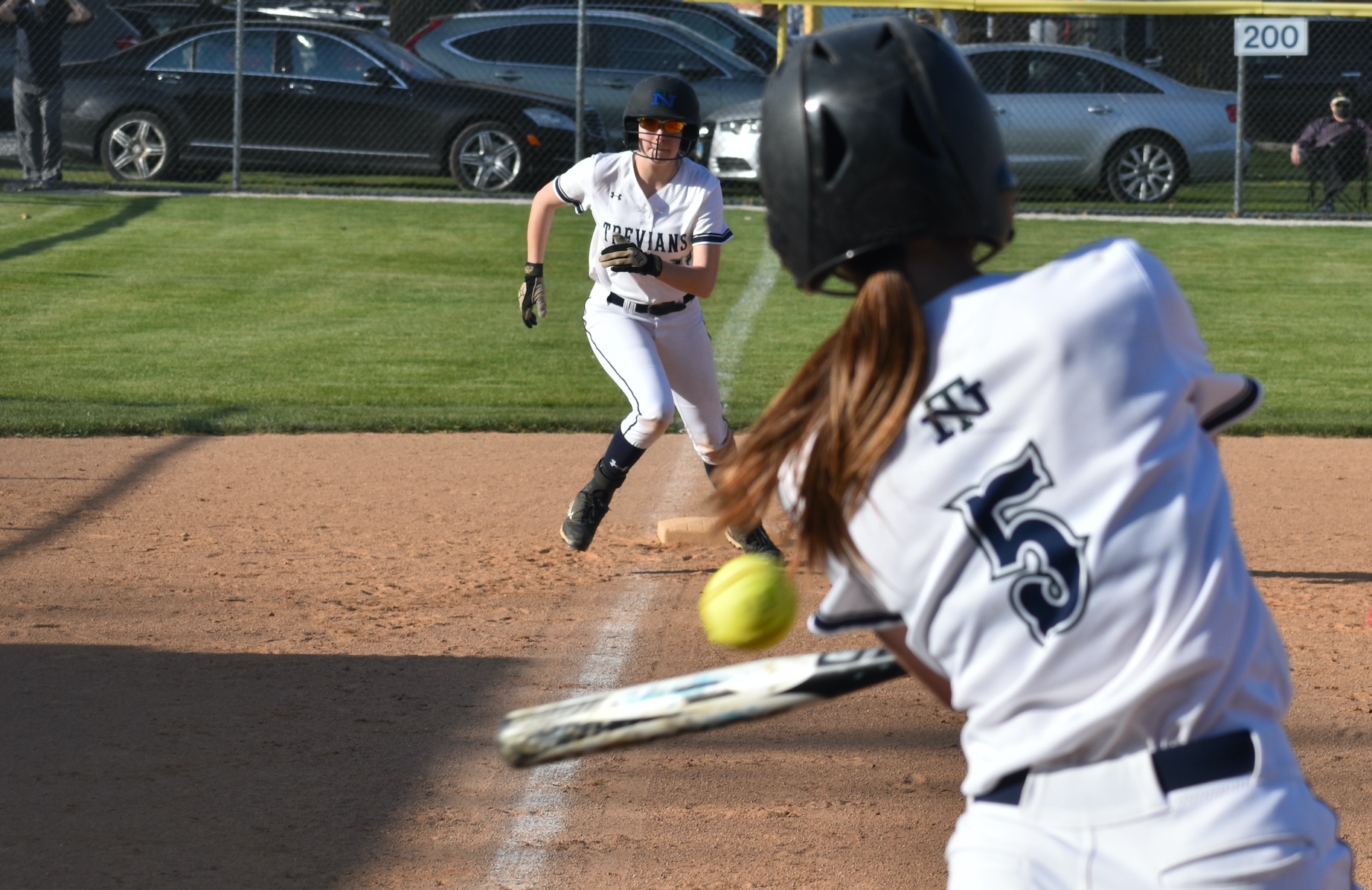 The crack of the bat was a regular sound at Duke Childs Field on Monday afternoon.

New Trier and Maine West racked up balls in play galore en route to a 15-9 final score to the advantage of the host Trevians.

Early on, a short day at the park seemed in store, with the Trevs jumped out to an 11-1 lead after two innings.

Emily Kuras and Emily Tinsley each had two-run singles in the first inning, and Annie Ieuter had the big knock in the second: a three-run triple.

“Annie had a really good day. She broke out a bit,” said Rose Wysocki, New Trier’s head coach, who was hired before last season was canceled because of COVID-19. “Up and down our lineup on any given day, we can count on 1 through 9 to give us what we need.”

The Trevs carried a 13-2 lead into the fifth inning, but the Warriors bats came to life. And with an assist to a few New Trier miscues, Maine West added six runs to make it a ballgame again.

New Trier stretched its lead again in the sixth and held on for the 15-9 win, moving to a 4-4 season record.

“I’m proud of the girls. They did a good job,” Wysocki said. “This is a young team. We are still learning, figuring out what we can learn from that game, what are the key takeaways. I’m happy with the performance. We came up to bat wanting to hit and executed on that.”

The Trevians roster 13 players and only two seniors, outfielder Taylor Daniels and catcher Lidia Orta, to go with five juniors, five sophomores and a freshman.

Wysocki called it a rebuilding year, as New Trier works to realign the program with its storied history, which includes 10 straight regional titles from 2006 to 2015. The stretch also includes three state final-four appearances.

To do that, Wysocki and crew are focusing on fundamentals and game IQ.

“For us, the big thing is trying to learn the game and its intricacies,” she said. “Knowing what to do with the ball before it gets to you. What do you want to do with your at-bat. We’re working with kids on how to think the game. So just cleaning up the fundamentals and learning to think about softball in a bit more in an advanced way than a lot of them are used to.”

On the mound, New Trier will rely on sophomores Amelia Orta and Ieuter, the cousin of former Trevians star pitcher Brigit Ieuter (2012).