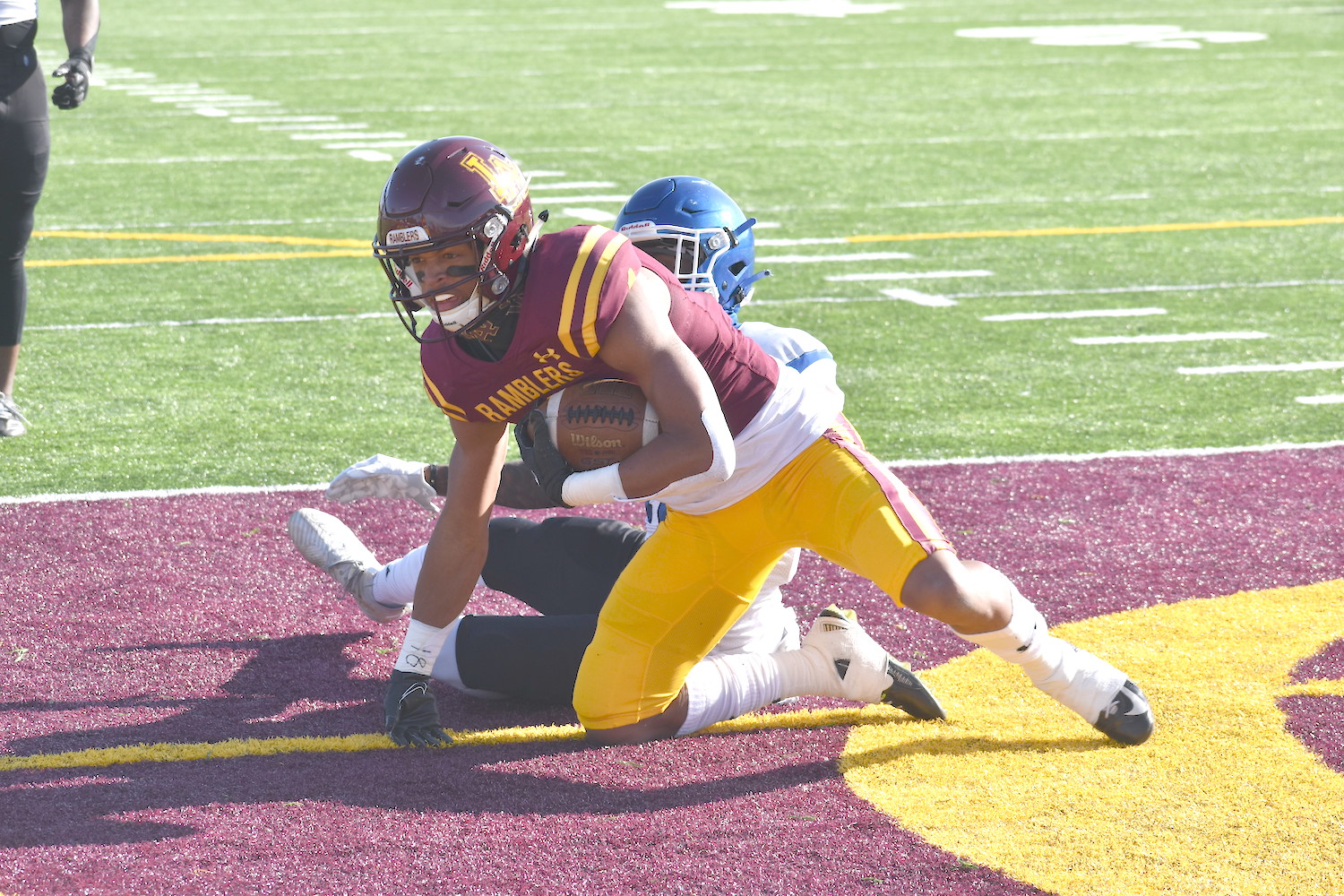 Perrion is a senior wide receiver for the Ramblers. He has caught touchdown passes in back-to-back games and is playing football at Indiana Wesleyan University next year.

Oh yeah. I always have Starbucks before every game. I get a pineapple Matcha, sausage and egg breakfast sandwich, and a old-fashioned doughnut. And then I always go see my sports chiro before every game and have to listen to the same playlist.

It’s a great place, where I can grow as an athlete and also as a student, and also in my faith as well.

3. You are a former quarterback. What was the transition like to wide receiver?

It’s been a great transition. I feel like I had great support systems around me, whether it was the quarterbacks, or receiver coaches at EFT (Sports Performance training facility) or just studying film with the coaches here. It’s all helped me as a receiver.

4. What makes the Loyola offense so good?

Personally, I think we all have one goal and it is to win and do it together. Most of us have been playing with each other or against each other since we were young. There’s nothing you can really take away. We have a really good run game, and if the run game is not working, an amazing group of receivers that can attack you as well.

5. What do you have to do to be ready for college football?

Sharpen up my route running, get in better shape for the next level. And also my strength, being in the weight room after our last game until I head to Indiana Wesleyan (in early August).

6. If you’re in Walgreens with a couple dollars, what are you buying?

I would definitely have to go with the ropes — Sweet Tarts ropes.

I’d definitely be an accountant, but I definitely want to be a receivers coach someday. (Why an accountant?) I’ve just always been a numbers game and like managing things a lot as well.

8. If you could play another sport, what would it be?

Baseball. I played when I was younger. It’s fun when you’re out there on the field. I’d definitely be an outfielder.

I come off as a quiet person, but I’m probably the loudest, goofiest person you’ll meet. It takes about five minutes for it to come out.

10. With one more game left, what’s this delayed, six-game season been like?

We got something out of it, being able to play these past six games. We just want to go out there together and win together. That’s been our motto, go out and win together, be the best team we can possibly be. We’ve done that these past five games.