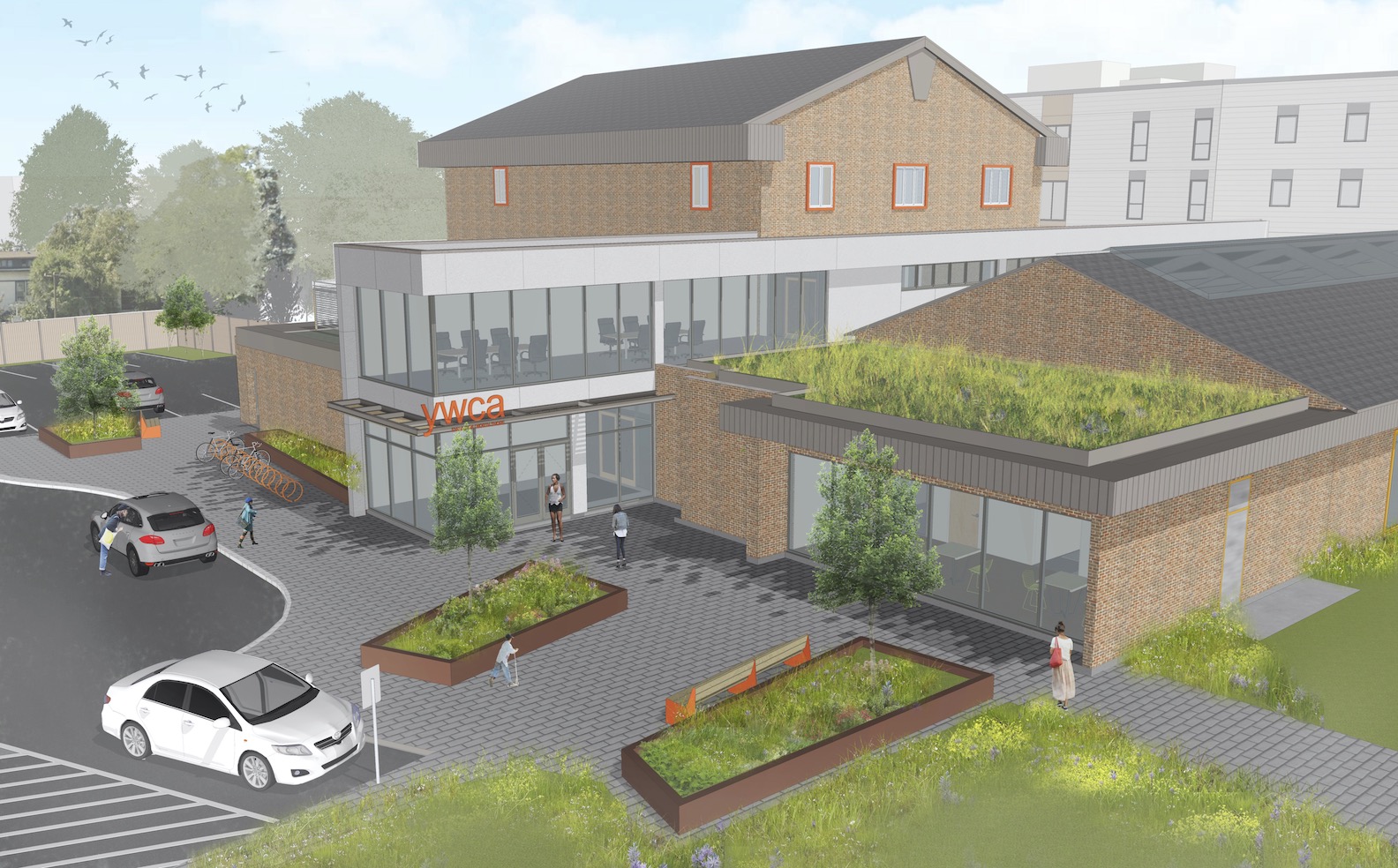 A rendering of the campus expansion planned for the YMCA Evanston/North Shore. | Renderings Submitted

The YWCA Evanston/North Shore announced in March a capital campaign to fund a campus expansion and renovations, which include a new domestic violence shelter and family support center at its Church Street location.

The organization serves many families in New Trier Township, including more than 300 children in its Flying Fish Swim School and 500 individuals who participate in its equity programs, such as the Ricky Byrdsong Memorial Race Against Hate, annual Equity Summit, and ongoing equity workshops.

The organization broke ground on the project in early 2020 and expects to complete it this summer. According to a news release, it has about $1.5 million more to raise to hit its goal of $18.5 million for the project.

“We are now launching the ‘community’ phase of the campaign,” said Karen Singer, CEO and president of YWCA Evanston/North Shore. “We are grateful to the more than 100 lead donors who have already given. However, there are many more in the area who have a history with us – through programs like domestic violence services, women’s economic empowerment, Flying Fish Aquatics, or our racial justice work – who may also want to engage in this project.”

YWCA’s campus expansion and renovations will double the capacity of its domestic violence shelter and add increased space for its growing workforce development and equity programs.

Sumi Pandiri, of Wilmette, was awarded a gold medal during the annual Sonata-Sonatina Festival from the Chicago Area Music Teachers Association.

Pandiri is a freshman at New Trier High School and played Beethoven’s “Sonata No. 20” in G Major, according to her mother.

• DePauw University senior Grace Clarke, of Winnetka, was selected as the North Coast Athletic Conference women’s lacrosse athlete of the week after scoring three goals and five goals, respectively in a pair of wins over Ohio Wesleyan in March.

• Eight area students landed on the fall 2020 dean’s list for Lehigh University. They were: Nathaniel Alter, of Glencoe; Ryan Fraleigh and Samantha Stilp, of Kenilworth; Grace Lee and Marily Gao, of Wilmette; and Sophia Holt and Kaitlin Forrman, of Winnetka.

• Michelle Lu, of Wilmette, and Aly Marisol, of Glencoe, were named to the fall 2020 dean’s list at Illinois Wesleyan University.