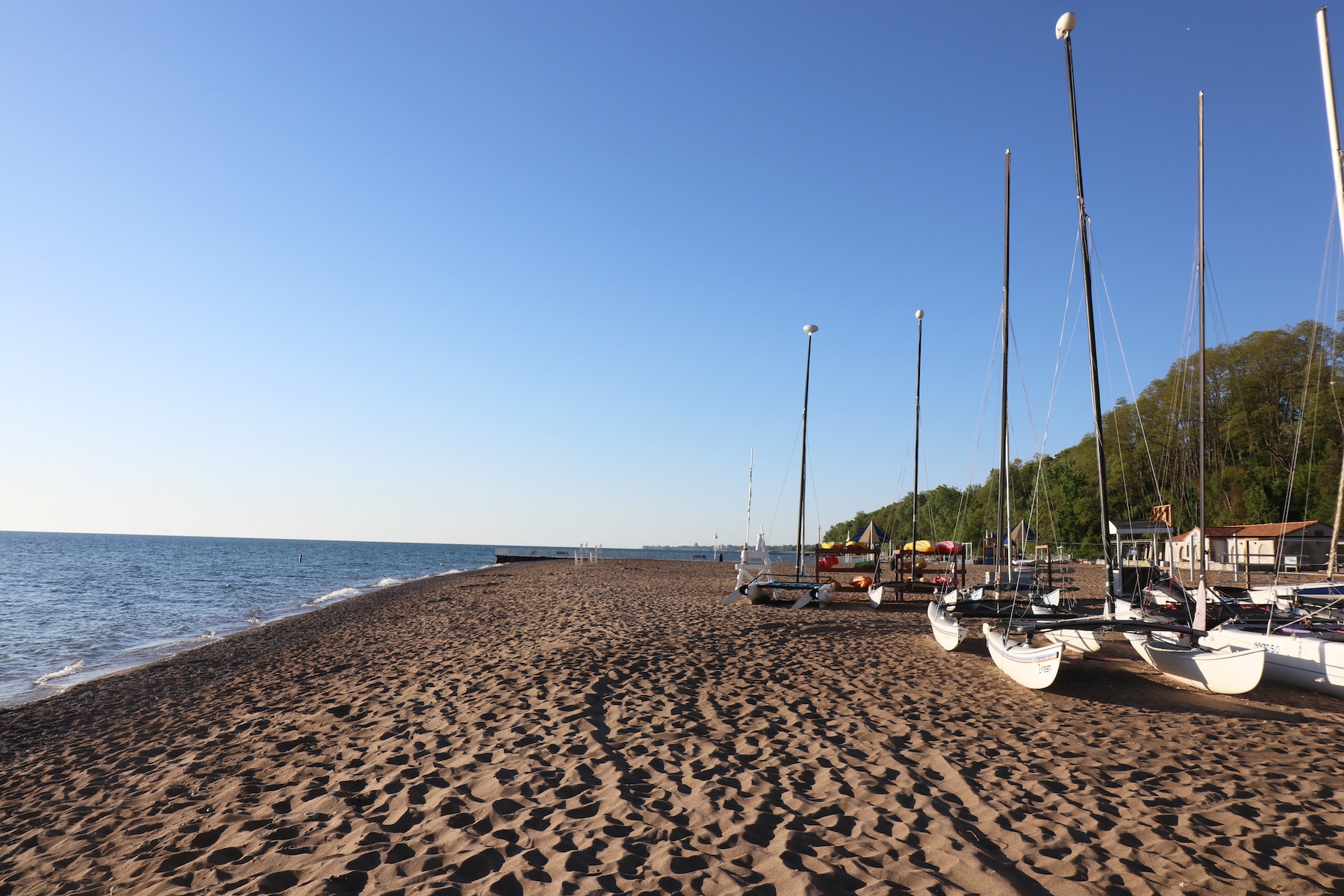 Last year, the Glencoe Park District broke its record of beach season pass sales. They are on track to beat that total this summer. | Photo Submitted

Season-pass sales skyrocketed last year at Glencoe Beach as people looked for a safe outdoor oasis during the COVID-19 pandemic.

The Glencoe Park District sold a total of 6,011 season passes — the largest amount ever sold in its history, said Erin Classen, superintendent of marketing and communications.

Considering the village has just under 9,000 residents, Classen said the amount of passes sold was astounding. Especially because in a typical year, like in 2019, they sell around 1,500 season passes.

Looking forward to this summer, the Glencoe Park District wasn’t sure if it would replicate last year’s success, Classen said.

“We didn’t know if people would lose interest or not,” she added.

Turns out, there’s still a lot of interest. Maybe even more.

Season passes went on sale on March 16 for Glencoe residents ($35), and much to the park district’s delight, it has sold 5,525 passes so far. Passes also went on sale for nonresidents ($70) this week, on Tuesday, March 30, making up around 1,000 passes of that total.

Last year, beach season passes went on sale in May, and the beach was only available to pass-holders in order to limit capacity and contact tracing, Classen said.

This year, season passes are already on sale and inching close to last year’s total — and the beach doesn’t even open for another 60 days on Memorial Day Weekend.

“I think the community appreciates all the outdoor amenities and beauty Glencoe Beach has to offer,” Classen said. “Our survey results (Glencoe Beach pass-holder survey) showed overwhelming positive comments and feedback. They want to repeat their experience from last year.”

In addition to season passes, there will also be daily admission this year to Glencoe Beach. Reservations will be sold daily online for $10 residents/$20 nonresidents and will be dependent of the weather conditions, waves and water quality. There are no refunds.

“A season pass is preferred,” Classen said. “Daily admissions are available Monday through Friday, no weekends or holidays, and only in the afternoon. It’s available to purchase and reserve online beforehand.”

Classen said the park district isn’t worried about hitting capacity limits, considering even on the hottest day last summer, they did not have to close entry to the beach.

Along the North Shore, other villages are also experiencing similar upticks in beach passes.

“We had a huge spike in beach pass sales last year and are on track to sell the same number this year,” she said in an email to The Record North Shore.

Comparing the amount of passes sold in each town isn’t apples to apples, as Glencoe sells passes per person and Winnetka’s passes are sold per family. That being said, in 2020, the Winnetka Park District sold 1,424 resident season beach passes, which was a 650 percent increase from 2019, when 219 were sold.

Season passes for this summer went on sale March 1 in Winnetka, and the park district has sold 409 so far, according to Raftery.

A season beach pass is required Thursday through Sunday and holidays, the Winnetka Park District’s website says. Pricing is based on family size and residency.

Per the website, daily fees are only accepted Monday through Wednesday at the Winnetka beaches.

In Wilmette, preseason pass sales began March 12, but the number of passes sold was not available as of press time.

“I believe there will be an increase in sales with more people not only wanting to be outside but also feeling safer outdoors,” he said in an email.

There are two beaches in Wilmette: Gillson Park and Langdon Beach; the latter will be closed for the season due to high water levels.