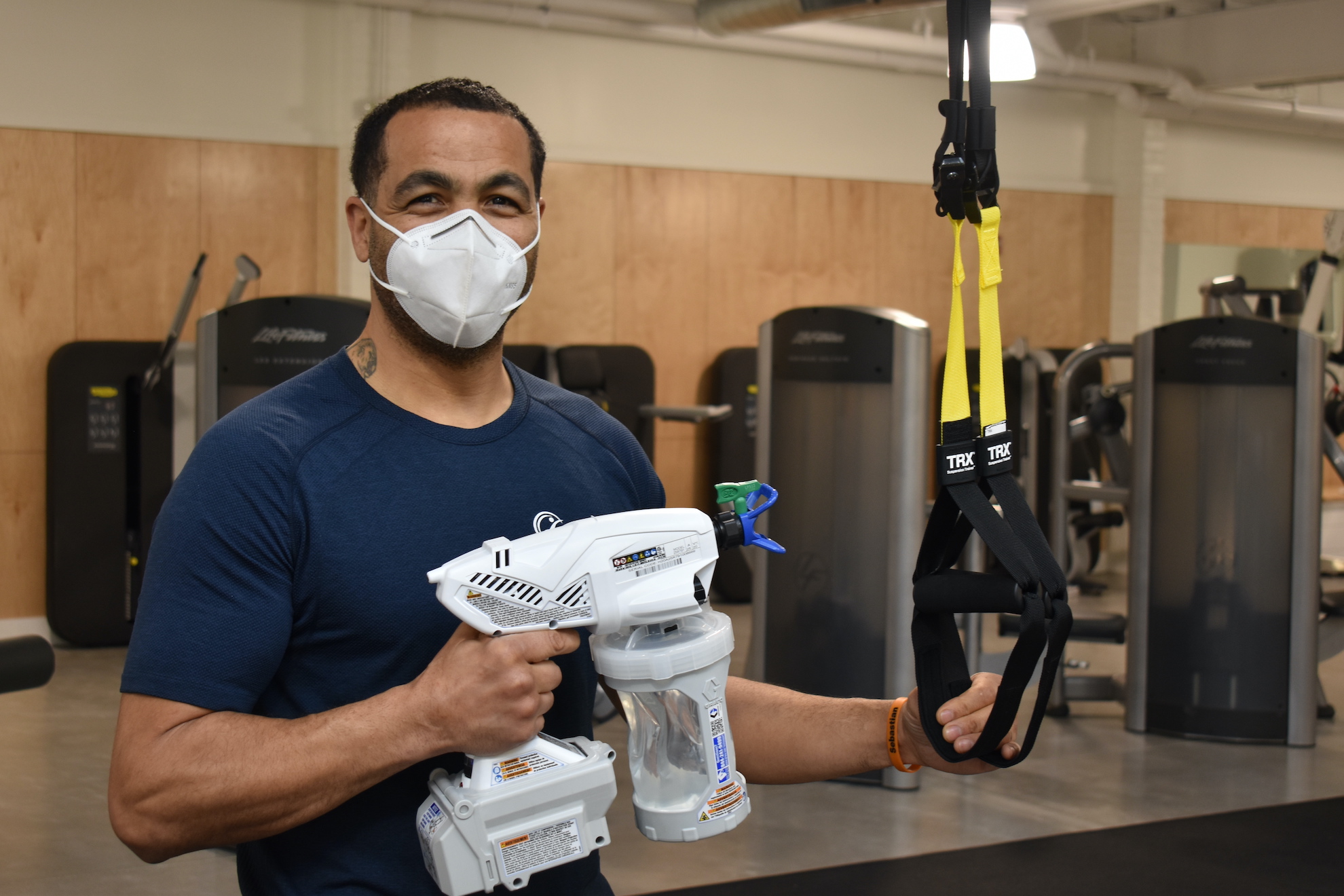 Tony Duncan, the owner of Body Science PFT, a gym and physical training center, operated his business out of Wilmette for 15 years, but in late 2019 he decided to move his business just north to Kenilworth.

Three months after the gym opened, it effectively closed because of the statewide stay-at-home order issued by Illinois Gov. JB Pritzker to help limit the spread of COVID-19.

It’s a similar story for Wilmette’s YogaSix location, a studio that opened up in late 2019, just months before having to shut down the studio space and pivot to virtual classes.

Suzanne Rossi said she was one of the earliest franchisees to start a location of YogaSix when she opened up her studio’s doors in late 2019, just 10 weeks before the pandemic hit.

“It’s been particularly hard because a new business has a runway toward success,” Rossi said. “That got completely short which has been an incredible challenge.”

After 20 years of working as trainers together, Melissa Cesare and Leslie Garrett launched Glencoe’s Unify Fitness, a boutique training facility that had been open for three years when the pandemic hit, but Cesare said the business was still going through the “growing pains” that every new business goes through.

Rossi had to close the doors of her brand new studio, but she and the studio’s yoga teachers opened up their homes, virtually, teaching Zoom yoga for “a while.”

During the summer, they broke away from the computer screens and began to offer clients outdoor classes as well.

Unify Fitness closed its doors on March 13, with Cesare, like so many others throughout the country, thinking it was just a two-week shutdown. After two weeks went by and it became obvious that the pandemic was not ending soon, Cesare quickly pivoted to offering online training sessions and classes to a number of her clients.

Duncan said that the shutdown was a “grim” time, especially after just opening the new location and having been so successful before the shutdown.

“We had brand new everything,” Duncan said. “Out of nowhere we go from 2,000 visits a month to barely having enough people in to cover salaries. It was very grim.”

He said that some of his trainers left the business during the spring of 2020 to try and secure business on their own, adding that the core group of the trainers at Body Science PFT “stuck it out” and tried to find a way to get through the time.

Duncan said that when it was time to begin the reopening process there were conflicting reports about how businesses, especially gyms like his, should be safely reopening, and that led to a lot of confusion with clients.

“Client confidence was so low,” Duncan said, adding that because clients were so nervous about coming in that Body Science PFT began to offer classes over Zoom to help service clients who weren’t comfortable with attending in-person classes.

Cesare said that Unify Fitness also offered its clients Zoom classes, and the gym even distributed some of its equipment to its members during the early months of the pandemic, so they could more effectively participate in the Zoom classes.

“We delivered all kinds of functional training equipment for our clients that wanted to stay on Zoom,” Cesare said.

But after a few months the boutique gym allowed in a small number of clients, as long as they maintained 6 feet of distance from one another.

When they finally reopened the studio space, YogaSix’s class size was capped at 10 people, and Rossi said the classes were even smaller because she had measured the space to create a 6-foot distance between each mat, and then added some more space from there.

Cesare said that guests maintain 6 feet of distance at Unify Fitness, but sanitation and cleanliness is nothing new for the gym.

She said they’ve always had hand-sanitizing stations throughout the gym.

At Body Science PFT there’s an “abundance of social distancing,” according to Duncan. Additionally, staff does temperature checks on clients attending in-person workouts and classes and have hand-sanitizing stations throughout the facility.

They are also regularly circulating their air, as well as taking some innovative approaches toward avoiding a COVID-19 outbreak at the facility.

“We have these things called atomizers,” Duncan said. “They’re hospital-grade, antiviral, antifungal disinfectant. It’s not just a spray; it actually atomizes so it’s in the air. We fumigate everything with that and our cleanup people are working every day.”

Their air-circulation system is “full of UVC light,” which is effective against killing viruses and bacteria, according to Rossi.

She added that the studio also went to a hospital-grade disinfectant, and staff cleans the floor after every class.

Rossi doesn’t expect that to stop because it helps prevent colds and the flu; although she said that she does plan on eventually stopping taking client’s temperatures once the pandemic ends.

While she’s dedicated to making her yoga studio a safe location for clients, Rossi is also working on building a second studio, slated for Glenview, something that she said is both nerve-racking and exciting.

This article was produced in partnership with Make It Better Media Group and a portion of it will be published in the Winnetka-Northfield Community Guide.