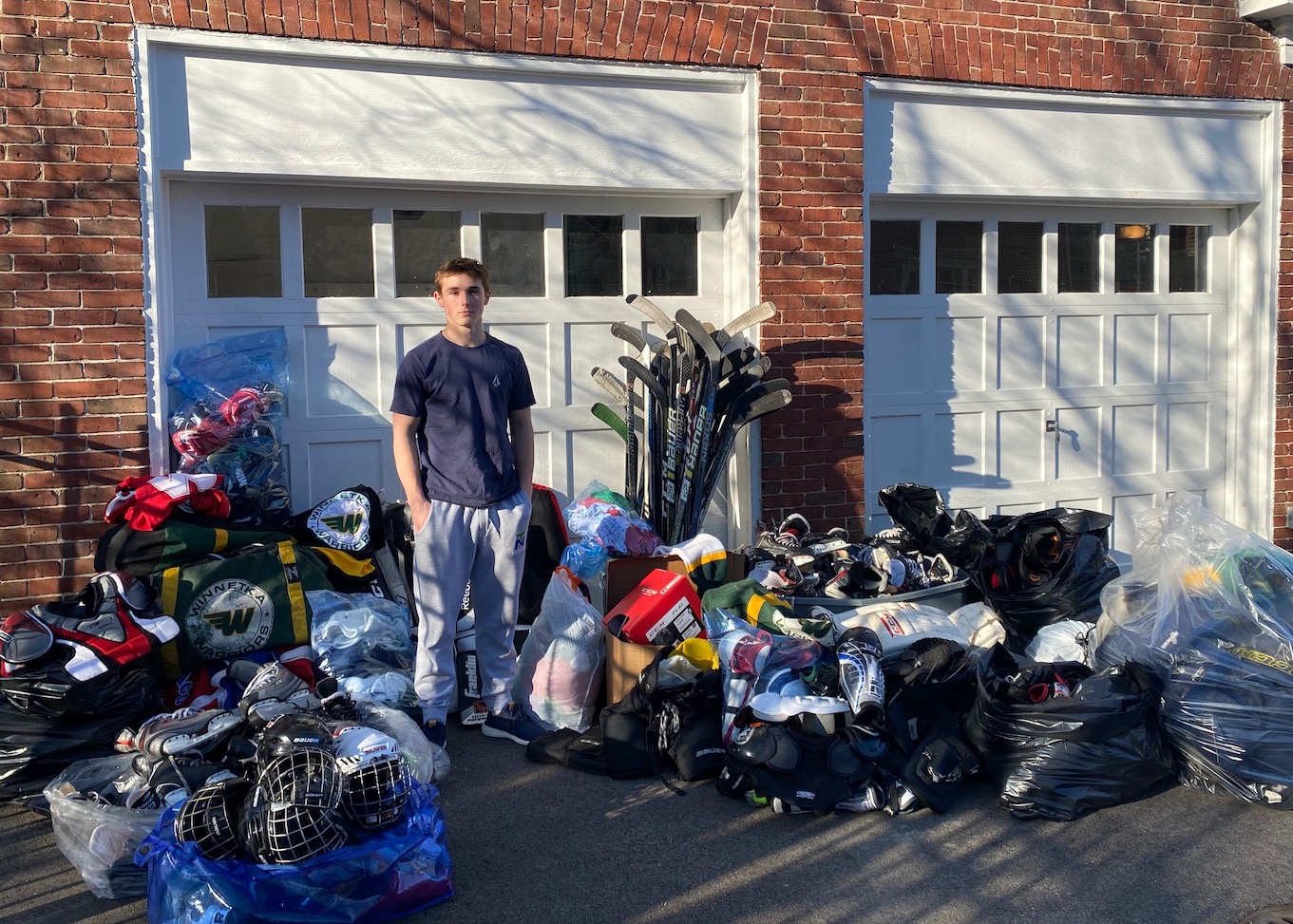 Relative to its counterparts, hockey is an expensive sport to play.

Some estimate a child’s first set of equipment can be $1,000, others say it’s more, and then there’s registration fees, ice time, uniforms, etc.

The costs prohibit less-privileged children across the country from breaking into the sport. At least two organizations in Chicago — the Chicago Hockey Initiative and Inner City Education — work to change that. And as of March, so did Winnetka’s Jackson Ochsenhirt.

“I really wanted to help out to make sure more kids could play hockey,” said Ochsenhirt, a New Trier High School sophomore. “I really like hockey. I want other people to like it, too.”

With that in mind, Ochsenhirt collected and donated dozens of pieces of youth hockey equipment to the Chicago organizations on Saturday, March 20.

Knowing what he knows about hockey gear from years of playing, Ochsenhirt ran the math real quick on the 35 pairs of skates, 34 sticks, 18 chest pads, 20 pairs of gloves, 24 helmets and so on.

The idea for the project actually came from Ochsenhirt’s father, Michael.

At the beginning of this hockey season, Ochsenhirt broke his stick. He asked for a new one.

His parents agreed, but Michael asked his son to recognize that many others cannot have that request fulfilled so easily.

“He told me that if I wanted a new stick I had to figure out a way to help other people who had more trouble getting their equipment,” Ochsenhirt said.

Ochsenhirt, who plays for New Trier White, went to his youth hockey program, the Winnetka Warriors and its president Tom Gullen, as well as the New Trier program to announce his equipment drive.

Families from around the New Trier area gathered their old sticks, skates and pads and coordinated with Ochsenhirt, who then fixed and cleaned the gear for drop off.

The Record is a nonprofit, reader-funded news site. Our public-service journalism, including coverage of benefits and fundraisers, is free for all to read.