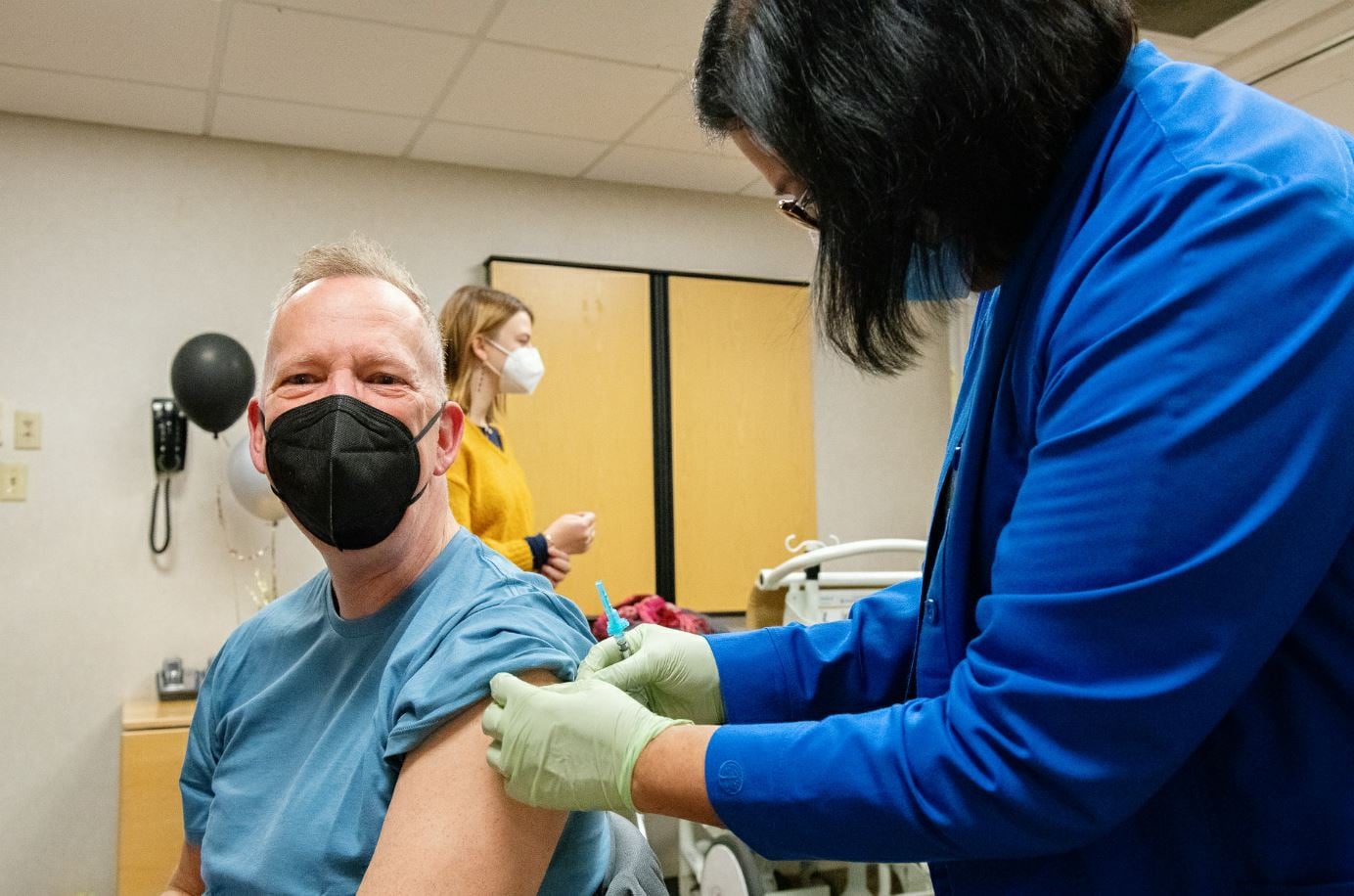 Illinois Gov. J.B. Pritzker announced yesterday that the majority of state residents 16 and older will be eligible to receive a COVID-19 vaccine by April 12.

Illinois Gov. J.B. Pritzker announced two significant steps in the state’s effort to set a pathway back to normalcy as the peak of the COVID-19 pandemic has seemingly passed.

During a Thursday, March 18 press conference, the governor introduced what he is describing as a “bridge plan” to Phase 5 of the state’s reopening ladder. That phase is the time in which officials hope to lift the overwhelming majority of mitigation measures throughout the state.

According to the governor, the state will operate on a metrics-based pathway toward the fifth phase in his Restore Illinois reopening plan.

“Following recommendations from public health experts, Illinois will move forward with a dial-like approach between the mitigations in Phase 4, which currently apply to the entire state, and the post-pandemic new normal of Phase 5,” reads a detailed plan from the governor’s office. “This bridge to Phase 5 will allow for higher capacity limits and increased business operations, before public health experts tell us it is safe to move to the new normal that Phase 5 will bring.”

The plan says that once 70 percent of Illinois residents 65 and older have been vaccinated, the bridge to the Phase 5 step will begin, meaning increased capacity limits in both indoor and outdoor settings. A 28-day monitoring period in which state health officials will review COVID-19 hospitalizations and deaths will also take place prior to the bridge phase’s start.

After 50 percent of residents 16 and older have been vaccinated, and the state sees “stable or declining” COVID-19 metrics during a similar 28-day monitoring period, Phase 5 will be implemented, according to Pritzker’s plan.

That phase will remove capacity limitations altogether, Pritzker’s plan details, and all regions throughout Illinois will advance through the phases simultaneously based on state-wide metrics.

“While regulations are rolled back gradually, Illinoisans should continue following the public health guidelines that have kept us safe during the pandemic, like wearing a mask in public and social distancing,” the plan says.

Although no specific timeline was detailed, current state metrics indicate the bridge phase could begin as soon as two weeks.

Pritzker also announced that starting April 12, all individuals ages 16 and older — excluding residents of Chicago, which will operate on its own path — will be eligible to receive the COVID-19 vaccine, aligning with a previously presented plan of U.S. President Joe Biden that aimed to make all Americans eligible for vaccinations by May 1.

Per state data, 4.37 million doses of a COVID-19 vaccine have been administered in Illinois, a figure representing roughly 28 percent of the state’s population, as of press time Friday, March 19.

About 1.64 million Illinois residents are fully vaccinated according to the state’s data, which equates to just under 13 percent of the state’s population.

To view the plan and specific setting restrictions, click here.