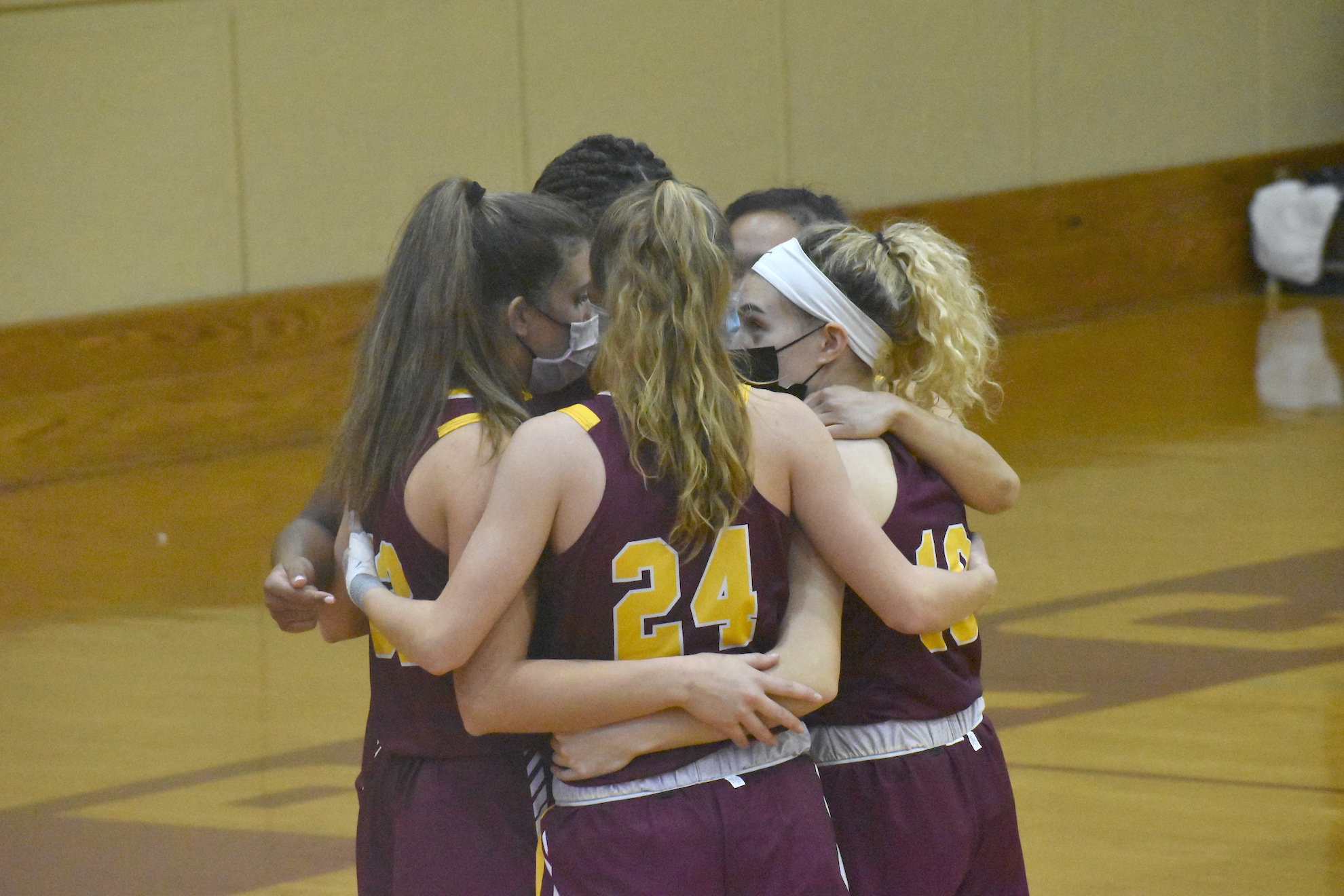 Their Ramblers story started four years ago, when the team’s nine seniors became high-schoolers, but some would say the journey began nine years ago, when then fourth-grader Isabella Ogliore convinced Summer Parker-Hall’s mother to let the girls play travel ball together.

Or, maybe, this journey started even before then.

“One of the girls was at my birth,” Ogliore said of fellow senior and cousin Reese Giordano. “It’s one of those things. My best friends are on this team. I’ve never had closer friends than this. We’ve been through every life event together.”

As a unit, the story ended Saturday, March 13, when the Ramblers closed out their season with a 41-33 road victory over St. Ignatius.

The win gave the Ramblers (19-2, 9-1) sole possession of the Girls Catholic Athletic Conference championship, their first in quite some time, said coach Jeremy Schoenecker, who estimated it had been about 10 years since the last one.

Much of the credit went to the team’s seniors, five of whom were starters and are committed to play college basketball next year.

“Hard-working, dedicated, they love each other, they are great teammates,” Schoenecker said of the senior class. “All nine of them have been able to be those people for us. I couldn’t be more happy to be their coach. They are a special group.”

Loyola rode a winning streak to the GCAC crown, winning its final eight games, but the momentum wasn’t evident in the first quarter against the Wolfpack.

The Ramblers turned the ball over five times in the period and faced an early 11-7 deficit.

“Coach (Susie McGovern) says once you settle in, that’s who you are,” Ogliore said. “We weren’t settled in. Just too nervous, all jittery.”

The nerves started to calm in the second period and were gone after halftime.

The third quarter saw an eight-point swing, as the Ramblers turned a 17-14 deficit into a 30-25 lead.

The new strategy was to get the ball down low to Ogliore, who went to work from there, picking up 4 of her 6 points while kicking it out for a couple big perimeter shots.

Senior Sil Scarsella buried back-to-back 3-pointers in the quarter to give her team momentum it would not lose.

Parker-Hall was a force all evening, finishing with 14 points and 11 rebounds, while Scarsella also had 14 points to go with a pair of steals.

Nyah Moore added four rebounds and a blocked shot, and Dabu had 7 points and 6 boards.

In a season that was at risk, after COVID-19 mitigations pushed it into 2021, the Ramblers played 21 games in about 42 days.

Schoenecker admitted he didn’t think the season would last.

“We didn’t. We just thought we’d see how long the season would go,” he said. “But then, they realized they could win a conference title.”

Schoenecker was able to get all his players onto the court and celebrate his seniors. The seniors celebrated each other too, sharing embraces and shedding tears at the journey’s end.