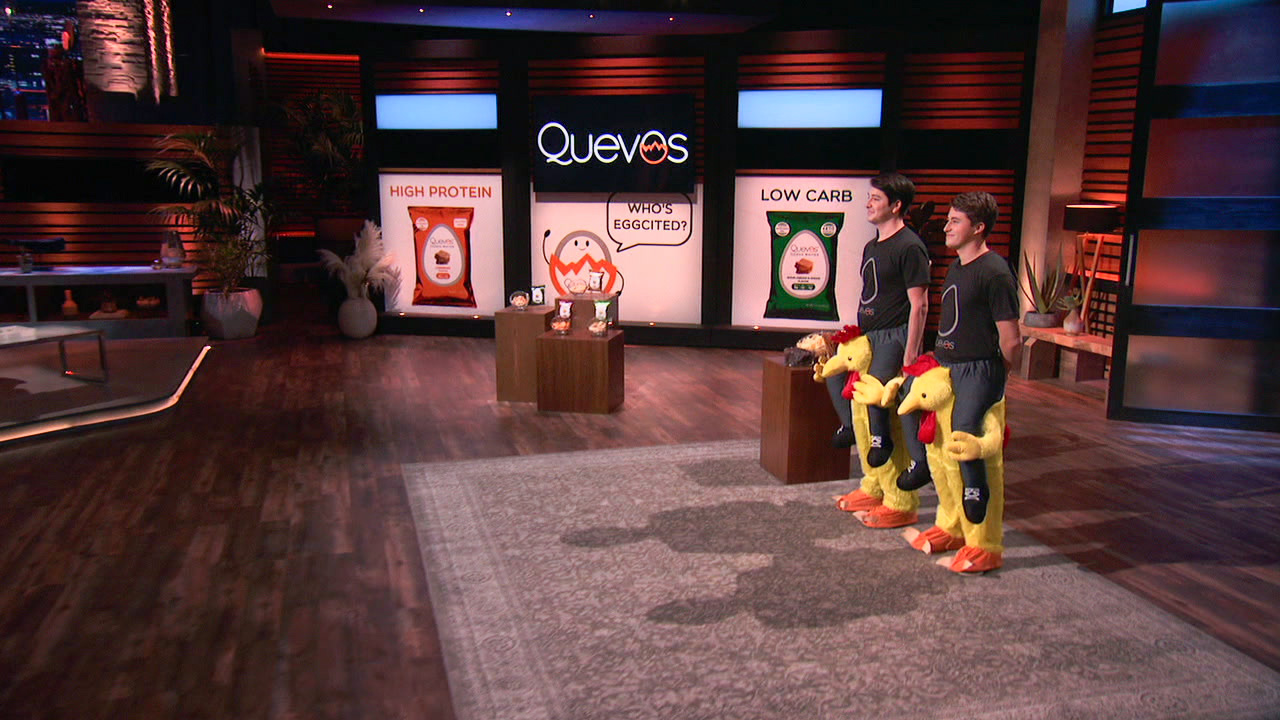 Two local entrepreneurs Nick Hamburger and Zach Schreier delivered what some would call the most important business pitch of their lives.

And they did it in front of 4 million viewers no less.

The Glencoe natives and co-founders of Quevos egg-white chips appeared on the Jan. 22 episode of ABC’s “Shark Tank,” where they introduced their business and ultimately gained an investor.

“We were super nervous but I think we did a good job,” Hamburger said. “The pitch itself had a couple of jokes and I think that helped us loosen up. … I’ve learned throughout the years to keep it short and digestible, and that seemed to work out for us.”

The duo had plenty of time to review their pitch as they quarantined in a hotel room for eight days prior to taping at The Venetian Resort in Las Vegas, where the “Shark Tank” set — usually at Sony Studios in Los Angeles — relocated because to the pandemic.

On the episode, Hamburger said they were prepared for the panel of Sharks to “get Sharky,” but “luckily they didn’t,” and in the end, Daniel Lubetzky invested in Quevos.

“He has a team that can help you with anything; it’s such a great network,” Hamburger said.

Since the show, Lubetzky has helped Hamburger and Schreier add Quevos distributors, such as national grocer Fresh Market. They also doubled their sales online and in stores, Hamburger said.

“The aftermath (of ‘Shark Tank’) has been awesome,” he added. “The week after was the craziest week I’ve had since being in this business. We had 200,000 orders in the week following [the episode]. Each week after that has also been busy.”

The company sells seven flavors of egg-white chips: sour cream and onion, honey mustard, dill pickle, rancheros, two types of barbecue, and cheddar. Next up is a sea salt flavor, but then they are hitting the brakes, Hamburger shared with The Record.

Originally, the chips began with Schreier’s quest for a low-carb snack as someone with Type 1 diabetes. Inspired by the crispy leftovers of an egg white omelette, he knew that it was possible for pure protein to crunch like a chip, according to the Quevos website.

After partnering with his best friend, Schreier and Hamburger developed the Quevos company in 2018. Since then, they crowdfunded their business launch on Kickstarter, developed a 10,000 square-foot manufacturing facility and now added distribution of their chips to more than 1,000 retail stores, including Whole Foods in Illinois and Amazon on the web.

“Shark Tank” wasn’t exactly on their radar at that point, but when a producer reached out to them, they knew they had a good chance.

“Half of the companies apply, half of the others are found. We were found,” Hamburger said. “We still had to go through the process that everyone goes through, but it helped that an executive producer guided us.”

Now with a national television appearance and an investor, Hamburger and Schreier are aiming to expand their online presence and get “bigger and bigger” retail stores.

For more information on Quevos or to find a local retailer, visit www.quevos.com.