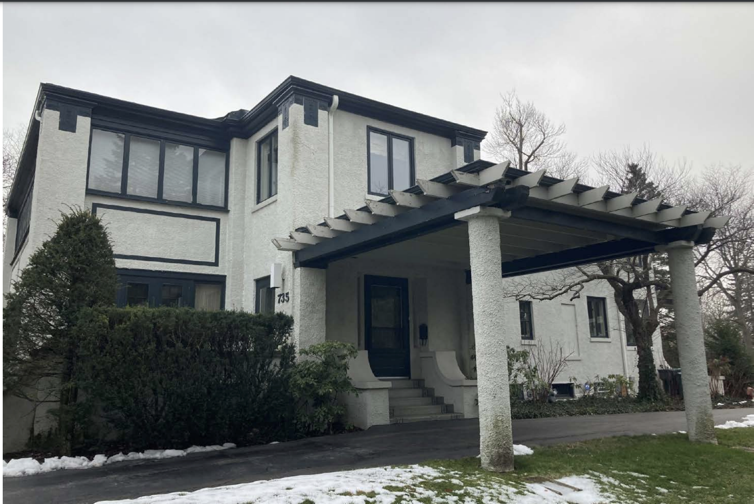 The home at 735 Michigan Avenue in Wilmette is now a local landmark in the village. | Photo courtesy of the village of Wilmette.

The Village of Wilmette has its 35th local landmark as trustees voted to confirm a recommendation from the Historic Preservation Committee that grants status to the home at 735 Michigan Ave.

Commonly known as the Bateman House, the home is located on the southwest side of Michigan Avenue across the street from Gillson Park.

Trustees approved local landmark status during their Tuesday, March 9, regular meeting, ensuring the preservation of the property for future generations.

“The house is very substantially constructed and is a joy to live in because of the way it is situated on the property to maximize the light, privacy and views of greenery,” said Mary Shea, the home’s owner, in her application. “The location and mature landscape on the large lot is a rare feature today. Hopefully the next owner will appreciate it as we have.

“Because the house and its coach house sit squarely in the middle of a double lot we believe it is extremely vulnerable to being torn down for two lesser houses or one large out-of-scale house of new construction. It is for that reason we are applying for landmark status.”

First built in 1911, the home was designed by architect F. E. Davidson for Wilmette residents Floyd and Alta Bateman, according to village documents.

The home then underwent a “a substantial remodel” in 1919, when it was redesigned to a prairie-style aesthetic.

Village documents say the redesign of the property was spearheaded by Meyer Sturm, who is known for designing hospitals across the United States and Canada.

Sturm’s design work is associated with roughly 150 hospital buildings in the U.S., according to village documents. He was the lead architect for North Chicago Hospital in the Lincoln Park neighborhood, a property that is designated as a Chicago landmark.

Other local landmarks in Wilmette include the Baha’i Temple, Gross Point Village Hall and dozens of other historic homes that are listed here.

The Record is a nonprofit, reader-funded news site. Our public-service journalism, including all local government action, is free for all to read.