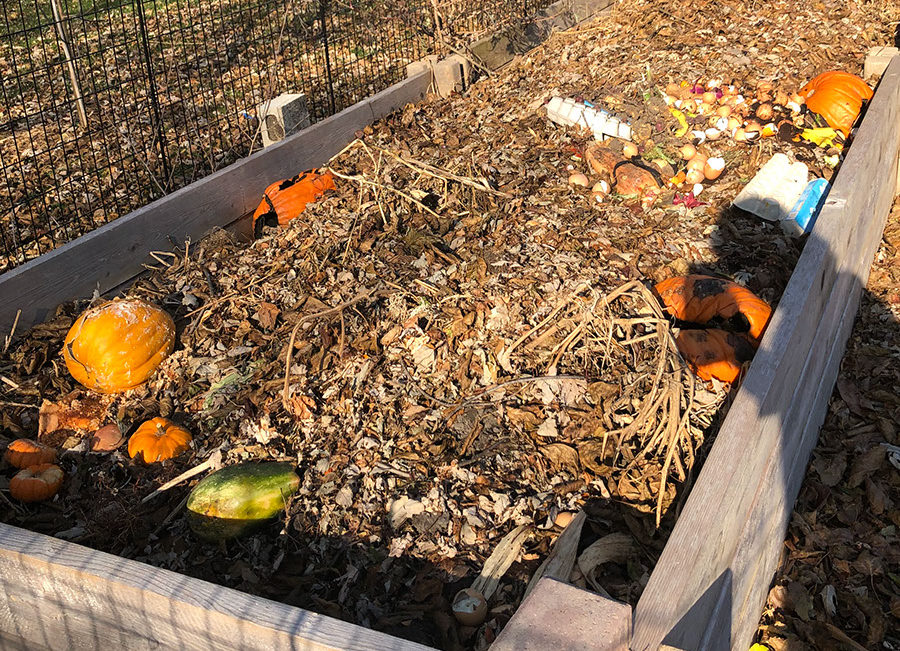 Backyard composting will be one of the topics discussed during Sunday’s Going Green Matters Webinar. | Photo Submitted

Go Green Wilmette is launching a free year-long series of in-depth presentations on some of the most popular topics at the former annual Going Green Matters Fair.

The Going Green Matters Webinar Series will feature a local perspective on topics ranging from the best spots to bird watch in Chicagoland, dark skies and supporting the suburban canopy to eating for the earth and a recycling reality check, according to a press release.

“We realized that we already had 14 years of experience that told us what the environmentally minded public values about our events,” said Beth Drucker, Go Green Wilmette president, in the release. “So we chose topics from our fair that lend themselves to in-person discussions, and have a direct local relevance, for these online sessions. Happily, this allows us to dig a little deeper into these subjects in a way that we cannot at a busy, in-person fair with 1,400 people coming and going.”

The webinar format enables subject experts to present in-depth seminars with Q&A sessions and break-out rooms to facilitate the exchange of ideas, which has been one of the hallmarks of the Going Green Matters fair, per the release.

The first webinar in the series, “Dark Skies,” featuring Adam Kreuzer, of the International Dark Skies Association, is already available in recorded format.

Webinars take place approximately every three weeks at 7 p.m. on varying weeknights. All webinars will be announced in advance in Go Green Wilmette’s bi-monthly e-newsletter, on Instagram and on their website. Registration is required and free.

New Trier Township will once again offer Summer Camp Scholarships for children who are residents of the township for the summer 2021 camp sessions. Camp providers must be licensed in the State of Illinois.

New Trier Township Supervisor Alan Goldberg is looking ahead to the summer months, he said in a press release, when hopefully most residents are vaccinated and returning to work or school obligations.

“These scholarship funds help parents tend to their lives knowing their children are in professional programs,” Goldberg said.

The scholarship details, including eligibility requirements, and an application are available on the township website under “Resident Services/Financial Assistance” and then select “Child Care.”

North Shore Country Day School held its first virtual benefit on Feb. 25 and raised more than $350,000 for student scholarships and supplemental support, according to a press release.

Raider Strong, the 2021 Scholarship Benefit, featured a mix of live and pre-recorded activities, including an auction, paddle raise, raffle, testimonials from previous scholarship recipients and donors, and an original performance by members of the upper school Louder Than a Bomb slam poetry club.

NSCD parent Ash-har Quraishi, an Emmy Award-winning television journalist, producer and filmmaker, was the evening’s emcee. There was no cost to attend.

After the success of NSCD’s inaugural Scholarship Dinner in 2018, the school decided it would make student scholarship a recurring focus for the annual benefit every few years — a theme that not only supports a major initiative from North Shore’s Strategic Plan but also amplifies the school’s historic commitment to student financial aid, the release says.

The Winnetka school’s annual benefit has raised more than $7 million total throughout the years to fund areas not fully covered by the operating budget, such as curriculum and teaching fund grants, student scholarships and faculty enrichment grants. It has also helped fund major capital projects including the renovation of the lower school, construction of the Conant Science Center and renovation of the Auditorium and Arts Center.