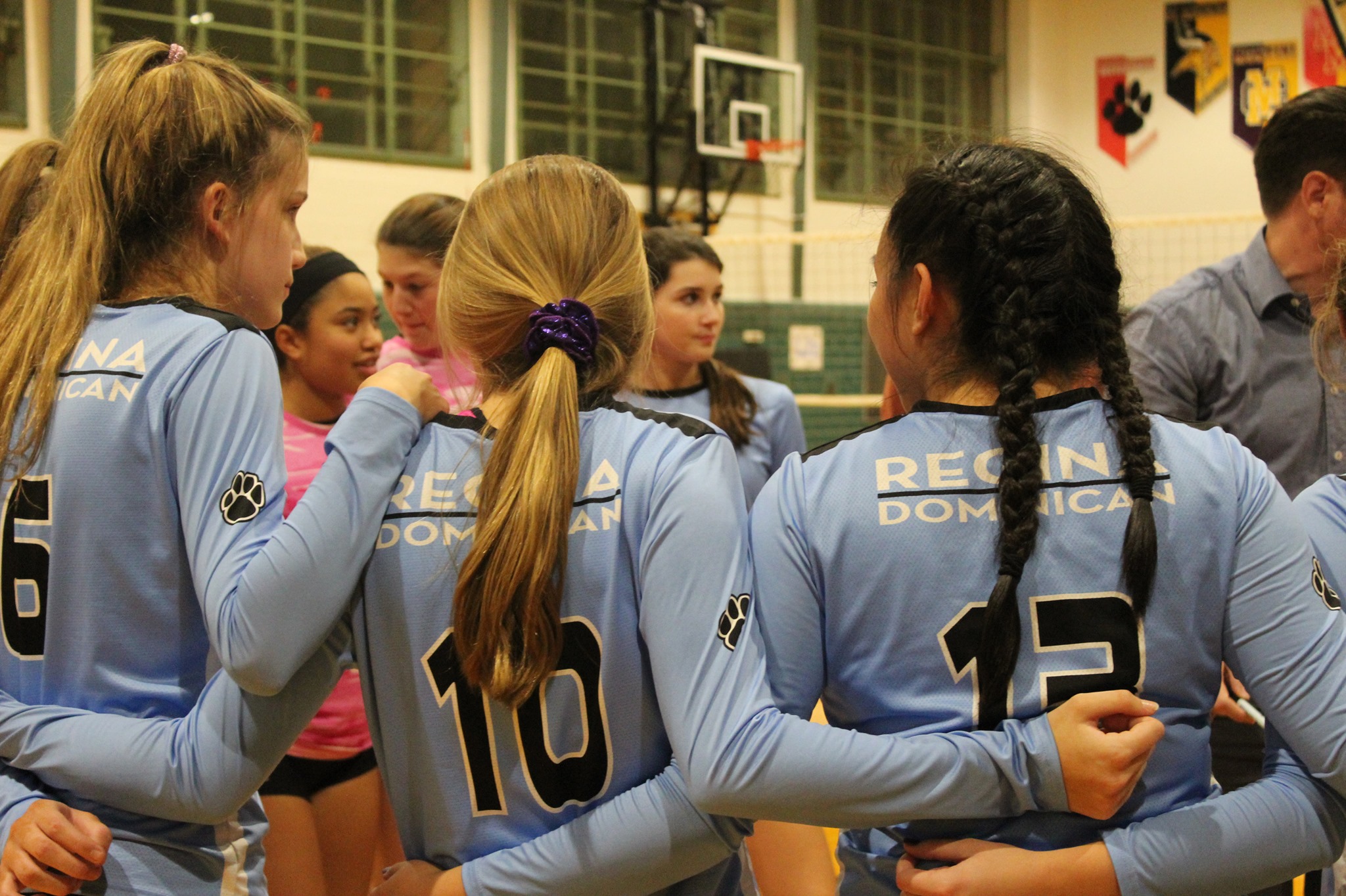 After more than 45 years of competition in the Girls Catholic Athletic Conference, Wilmette’s Regina Dominican High School will soon find itself in a new set of standings.

The Wilmette school announced this week that it has officially been accepted as a new member of the Independent School League.

The shift will allow Regina to play its conference games against schools that are more comparable in size and enrollment.

“The move to the ISL is part of an organized and thoughtful strategic plan leading Regina Dominican into its next 60 years of success,” said Elizabeth Schuster, president of Regina, in a press release announcing the move.

“This is just one of many upcoming steps we’re taking to exquisitely serve the needs of the talented young woman looking to reach her greatest potential – and we boldly own our strengths as a small and innovative school with a personalized approach to education.”

Many of the schools in the GCAC have substantially larger enrollments than Regina, including fellow Wilmette school Loyola Academy, which has an enrollment of more than 2,000 students, and Oak Park’s Fenwick, and its 1,100 students.

As of this school year, Regina’s enrollment is 255 students. It is an all-girls school, but many GCAC schools are co-ed.

Mancuso believes the conference switch will bring new excitement and energy to the school and that it will not create a drastic change, since the Panthers will retain a similar schedule.

“It’s just a good fit and I think our kids and our coaches will have a lot of energy with this,” he said. “I started looking at our schedules and who our coaches were looking to play in nonconference games and these (ISL) schools were always schools that were identified.

Regina is a longtime member of the GCAC and was one of the league’s original schools when it debuted in 1974.

Mancuso said the school is thankful for its history in the conference while also hopeful for building a new future of success in the ISL.

“We’re absolutely thankful (for our history in the GCAC),” Mancuso said. “Over the years we’ve had great contests and been a very happy member of the GCAC. There are some great schools and there are some great ADs and coaches in the league. We hope to continue our relationship with those schools. We’re very thankful for that opportunity and we’re also very excited for this opportunity.”