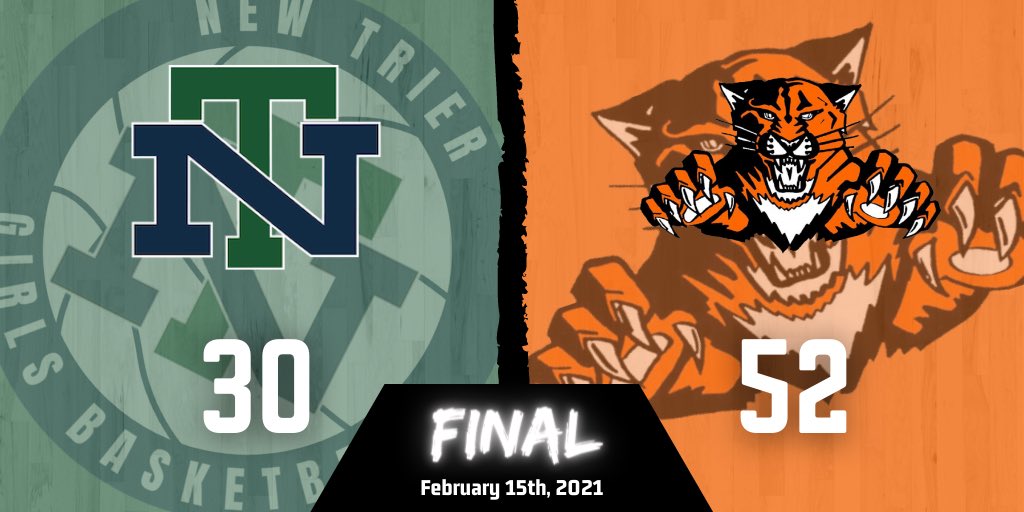 A 15-2 run by the Wildcats doomed the Trevs in the first half. | Graphic by New Trier Girls Basketball

It’s better late than never, and for New Trier girls basketball, that adage had to hold an extra week longer than everyone else.

The Trevians already-delayed season was pushed back another week when the team was put in a COVID-19-related quarantine for the first week of their campaign.

Finally getting on the court Monday afternoon felt pretty good to coach Teri Rodgers and her squad.

In that extra week, however, their Game 1 opponent racked up four games, and Libertyville’s excess court time was at points obvious in its 52-30 win over the visiting Trevs Monday, Feb. 15.

While the teams traded punches early, the Wildcats hit their stride in the second quarter, going on a 15-2 run to close out the half and take a 32-16 lead into the locker room.

During the burst, Libertyville turned New Trier over five times and scored a number of buckets in transition.

“They do a great job playing defense,” Rodgers said. “There were times it felt like there were six or seven of them out there.”

The Wildcats also had a clear rebounding advantage, giving them several second-chance opportunities on offense.

New Trier cleaned up the turnovers and rebounding in the second half, but couldn’t find a groove on offense (9-of-44, or 20%, shooting) to escape the hole, falling to 0-1 in the abbreviated season.

The Trevs were led by Abby Ryan’s 8 points and Liv Becker’s 7. The two will be consistent contributors for New Trier, which played the opener without senior guard Hannah Schneiderman.

Rodgers said the Trevs plan to run the offense with Becker, a three-year varsity player, and through post players Ryan, Aiden Casey and Oliva Nickel — all seniors.

In the loss, Becker saw a lot of areas where her team can improve and she knows it will come with time.

“We know our game. We just need to play together more as a team. We’ll learn as more games come on,” she said. “It was good though. We learned a lot from playing (Libertyville).”

Becker was one of many basketball players who thought in January that a season would not happen.

So taking the court Monday meant more in her final season.

“It was really hard,” Becker said of not playing. “Basketball is my outlet for everything. It helps me mentally to be out there, helps me get away from my own personal stuff. It was hard not being able to be there with my team.”

The difficult offseason was the inspiration for the Trevians season motto: Elevate and empower. Rodgers explained that with the shortened season, it was even more important for her players to lift each other up.

The Trevians get right back out there Wednesday, Feb. 17, when they host Glenbrook North at 5 p.m. They then welcome Glenbrook South at 5:30 p.m. Friday, Feb. 19.