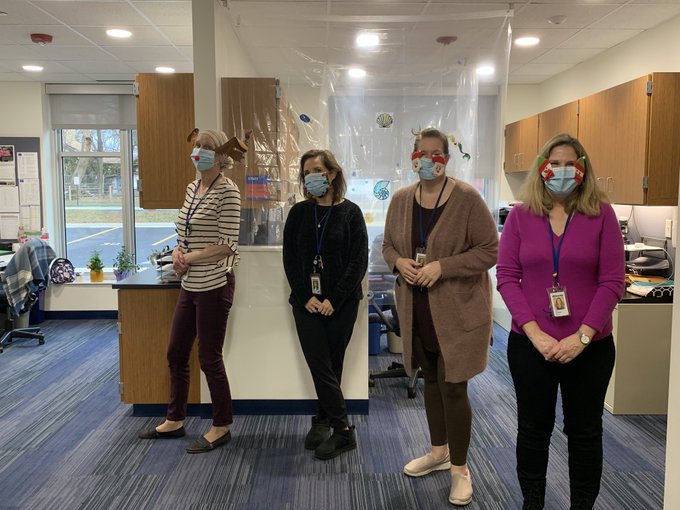 A strong majority of Wilmette Public Schools educators and staff members are signaling a willingness, and in some cases an eagerness, to receive the COVID-19 vaccine, according to district officials.

The high anticipated participation rate is allowing the district to discard a proposal to mandate the vaccine for staffers, Superintendent Dr. Kari Cremascoli told the board of education during its Monday, Jan. 25 meeting.

“We don’t anticipate mandating that staff become vaccinated,” she said. “Right now, we’re seeing about 95 percent of our staff interested in becoming vaccinated. We’re really pleased with that number. Mandating it would likely not lead to increased participation.”

Cremascoli acknowledged “some frustration” in the District 39 community because appointments to receive the vaccine are “incredibly hard to get.”

She added that ideally Wilmette Public Schools will have a coordinated effort with other local school districts to vaccinate large groups at area facilities, as previously reported by The Record.

“We are working in close partnership with our neighboring school districts throughout New Trier Township to advocate for early vaccination for our staff among that next round of 1b vaccination,” she said. “We seem to be making good progress, although we’re not there yet.”

Officials are working to get plans for a centralized local vaccine site  approved by the Cook County Department of Public Health, Cremascoli said, adding that “we’re very eager to have that plan approved.”

The site would presumably be New Trier High School’s Northfield campus, as previously reported by The Record.

“We are very hopeful, and believe that it is entirely possible, that all of our staff who wish to access the vaccine will be able to access that first dose in February, which means the second dose would come sometime in March before we get to spring break,” Cremascoli said. “We are hopeful those plans will get approved.”

The testing subcommittee of Wilmette Public Schools’ Metrics Reopening Advisory Committee is recommending the district continue its COVID-19 screener program through the month of February, Cremascoli told the board.

Wilmette Public Schools’ screener program — which is serviced through Safeguard Surveillance, the same contractor that serves a saliva-based screening program to New Trier High School — started in early January. So far, the district has processed more than 3,000 tests, officials said.

As of Jan. 25, the current student participation rate is slightly above 70 percent, while more than 80 percent of staff members are registered for the program, according to Cremascoli. She added that participation numbers are increasing each week.

Each screener test currently costs District 39 $11, but a significant amount of those costs have been funded by district parents so far.

“Many parents have covered the cost of their child, and those of other children as well,” Cremascoli said. ” … At this point, about half of costs in January have been covered by those very generous donations.”

Board members supported the recommendations and the administration plans to bring forward updates and potential next steps at the February committee of the whole meeting.