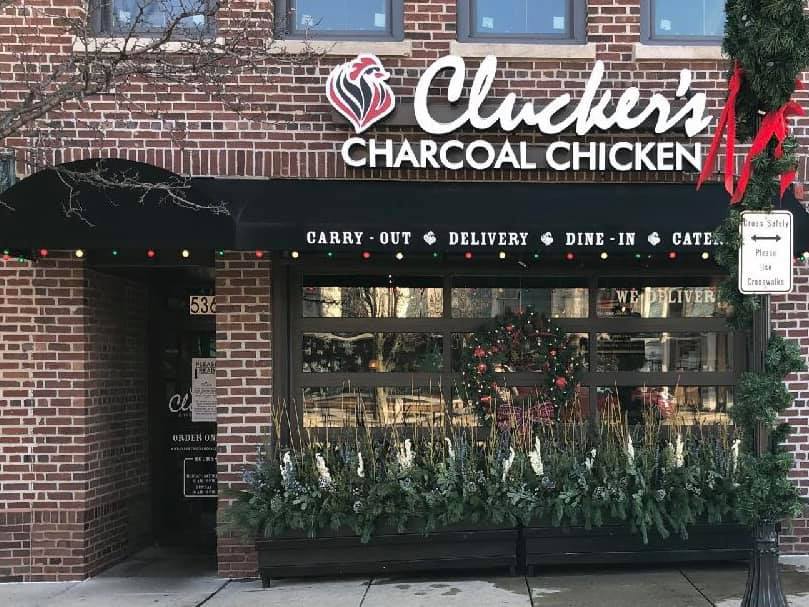 In quite possibly the unlikeliest time to do so, a new restaurant is ready to build its nest in Wilmette.

Wilmette officials last month approved a special-use request for a limited-service restaurant from Clucker’s Charcoal Chicken, an eatery that relaunched in 2008 and has locations in Highwood and Libertyville.

Clucker’s will open its Wilmette location at Plaza del Lago in the space that formerly housed No Man’s Land Pizza and is adjacent to longtime staple Convito Cafe. The space, which is currently vacant and has been since 2017, is approximately 1,000 square feet.

“We have operated first class successful business since 2008 (and) our objective is to create the same world-class food and service in an express model at Plaza del Lago in Wilmette,” owners Reed and Deborah Merdinger say in a letter proposing the restaurant to the village.

According to plans submitted to the village, the restaurant’s proposed hours are 11 a.m.-9 p.m. Monday-Sunday. The restaurant plans to offer delivery and carry-out.

No changes or alterations to the existing structure are proposed, and because the space was previously also an eatery, it does not need any physical or mechanical changes, the Merdingers say.

Clucker’s will join the popular pizza chain Rosati’s as the second restaurant to recently announce an opening inside the Wilmette shopping center.

The pair’s openings will mark the third and fourth new restaurant to open in Wilmette since the start of the pandemic, joining Carlos and Carlos and Sophia Steak, which both opened in the downtown area earlier this year.

“I think it really speaks well that Wilmette is a desirable community to open a restaurant in, and to invest in, and we’re really looking forward to coming out on the other side of the pandemic and having more opportunities like this,” Village Manager Michael Braiman told The Record.

Braiman added that he thinks Clucker’s “is going to be a great addition to the community and fill a need definitely” in Plaza del Lago.

The Record could not confirm Clucker’s timeline for opening but plans submitted to the village indicate it will come in the first quarter of 2021. Regardless of the opening date, the owners are excited by the opportunity.

“Our hope is that we can bring our great tasting food and excellent service to all Wilmette and surrounding residents,” Reed and Deborah said. “We know that the owners will have a new business that will bring more shoppers to their lifestyle plaza.”