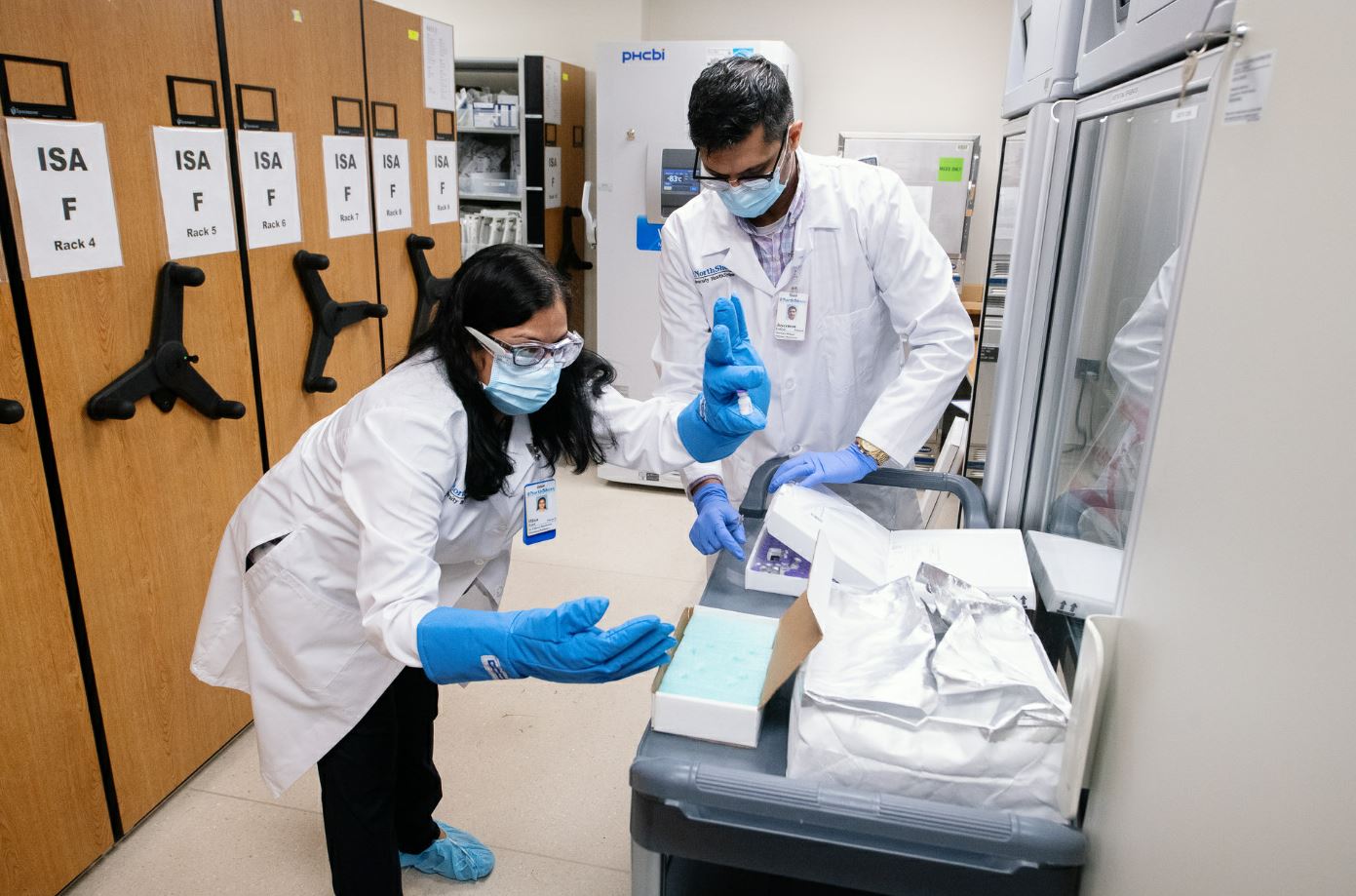 The spread of COVID-19 in the New Trier area appears to have slowed after a pre-Thanksgiving spike, according to data from both the Illinois and Cook County health departments.

In the first two weeks of November, the five main New Trier Township communities (Wilmette, Winnetka, Glencoe, Kenilworth and Northfield) combined for an average of 30 confirmed new cases a day. Since, the communities have averaged 25.7 cases per day.

Additionally, the positivity rate (measured on a seven-day moving average) has fallen dramatically, from 13 percent in mid-November to 6.2 as of Thursday, Dec. 17, the lowest mark since early November.

While COVID metrics have come down, they have not neared the lowpoints of the summer, when local positivity rates were under 3 percent.

Amid the November surge, local and state officials backpedaled on reopening plans, restricting indoor dining, indoor athletics and gatherings of more than 10 people, among other activities.

Since the start of the pandemic, 2,261 cases of COVID-19 and 19 deaths from the virus have been attributed to the five communities, according to county data.

The data shows nine residents of Wilmette, as well as four of Northfield, four of Glencoe and two of Winnetka, have died from COVID-19, while the virus is responsible for the deaths of 70 Glenview residents and 85 Evanston residents.

There were 181 statewide deaths from the coronavirus, including a Cook County man in his 20s and three county men in their 40s, reported on Thursday, Dec. 17.

The outlook is worse across the country, which is enduring uncontrolled spread of the disease. A record 3,611 deaths were reported Wednesday, Dec. 16, and another 3,435 on Thursday, bringing the total of COVID-19-related deaths in the United States to 306,427.

About 6 percent of positive cases in suburban Cook County led to hospitalization, with about 1.6 percent resulting in intensive care. Currently, across suburban Cook, 144 ICU beds are open — about 20 percent.

More locally, NorthShore University Healthsystems is caring for about 120 COVID-19 patients across its five hospitals, according to a videocast from the group on Dec. 16.

NorthShore’s numbers peaked in early May (180 patients) and more recently, as they neared 160 in mid-November.

“As we look at (these numbers) there is a lot to be proud of and I want to thank all of you because it is your practices that are creating these results,” said Dr. Lakshmi Halasyaman, the group’s chief medical officer, in the videocast.

NorthShore was expecting a shipment of more than 5,000 doses of the Pfizer vaccine on Friday, Dec. 18, when they would also begin inoculating medical personnel, Halasyaman said.

While Pfizer’s vaccine received the first emergency-use approval from the Federal Drug Administration, it will reportedly not be the only. On Thursday, Dec. 16, Moderna’s vaccine received an important recommendation from an FDA panel in advance of the necessary emergency approval.

Both vaccines require two doses to reach full efficacy, which is reported to be between 94-95 percent for each.

“It takes your breath away actually,” Halasyaman said. “Within a period of less than a year for us to go from new disease to vaccine is extraordinary. It really I think highlights the importance … in anchoring off scientific information in making the best decisions.”

Despite the excitement, Halasyaman warned residents to remain vigilant with safety measures, especially during the holiday season, reminding everyone to “mask up, wash up and back up.”

“The vaccine is not a substitute for that,” she said. “Could it be one day? Perhaps. But we’re not there today.”