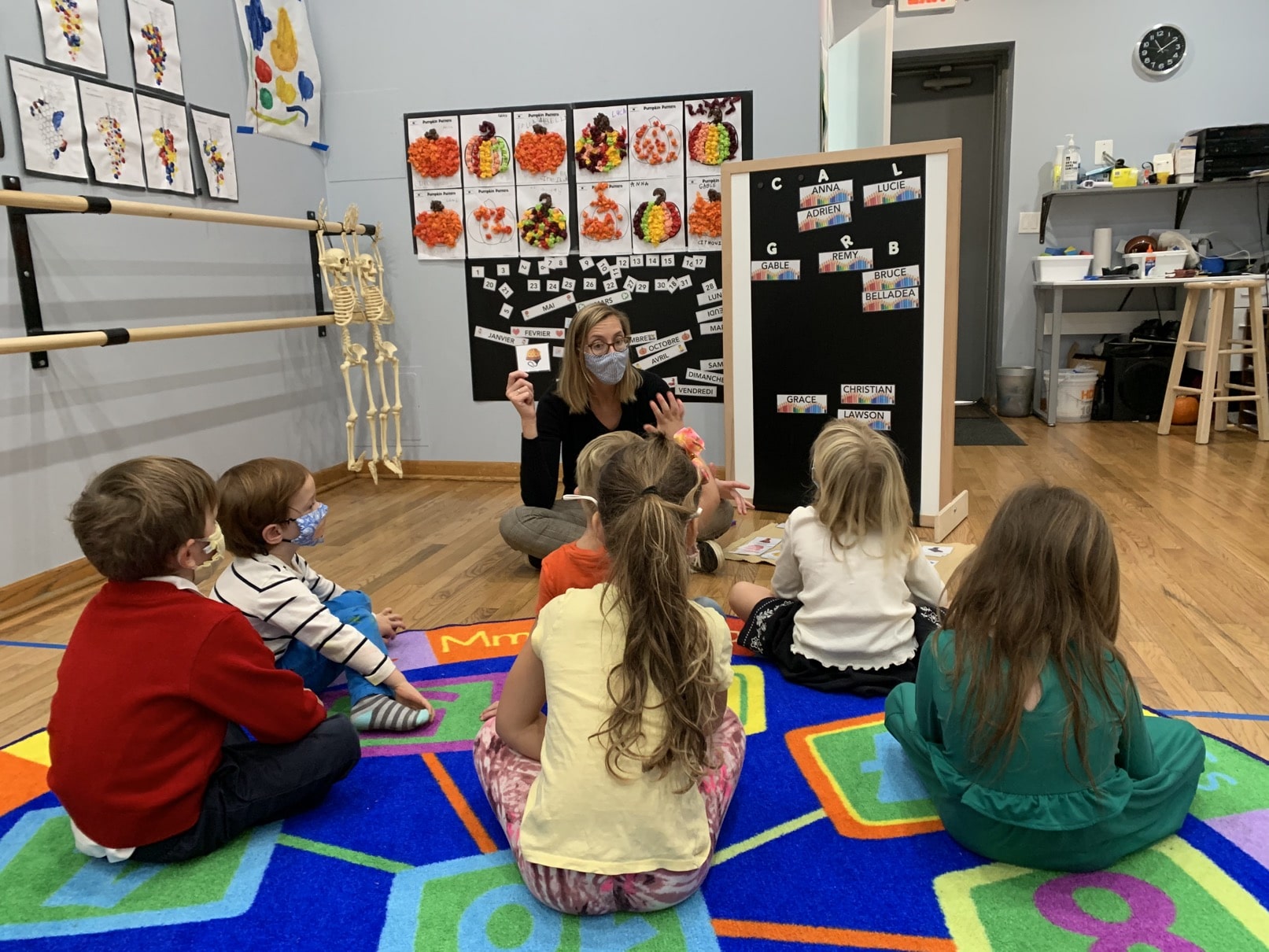 Rebecca Bombard has always wanted to add a language arts program to offerings at the popular R&B Dance Center in Wilmette.

Bombard and her husband, Bruno, own the dance studio at 807 Ridge Road and together decided earlier this summer that there was no better time to pursue their goals further.

With nearly a decade of experience operating the dance school under their belts, the Bombards opened La Fleur Française this fall, a new French immersion program and language enrichment center for children.

Rebecca, who also teaches dance at the R&B center, told The Record she was looking to expand the center’s programming and best utilize the available space while simultaneously developing something new for the community.

“For me personally, learning second languages is really important for development, and at an early age is the best time to do that,” she said. “It has always been something to me that was important for my own children. So when this opportunity presented itself … it’s something that I considered really valuable and something that I want to be a part of.”

La Fleur Française, which opened in mid-September, also operates out of the R&B Dance Center. The enrichment program offers two-hour sessions running throughout the day that are taught entirely in French. Classes are offered in three sessions per day, five days a week.

The program’s curriculum is focused first on French immersion, Rebecca said. The majority of current students are either from French families or families similar to the Bombards that believe in the value of learning a second language.

La Fleur Française’s curriculum is also guided by the Montessori method. Rebecca described that method as something that teaches children independence and focuses on the development of fine-motor skills, growth-motor skills and academic achievement. She also said it encourages children to explore the world around them and allows for a partnership-based learning environment.

Much of the program’s learning is taught by Emma Neilsen, who was born and raised in Paris and is a Montessori-trained educator.

“Emma has been able to really bring everything together and make this a really great program,” Rebecca said. “I think the kids are excelling. Some of the students are already learning how to read in French and they are just 4 and 5 years old. It’s just really cool to see the progress even just the last four weeks.”

The Bombards and Neilsen are excited to see the progress students have made since the program started.

“While the program started only less than two months ago, we have already noticed an overall growth for every student,” Neilsen said. “Besides the French songs children sing at home after school, some children practice asking questions in French with their parents, all while some other children are learning how to read and count in French.”

The Bombards were also motivated to spearhead this program when the well-received French School in Winnetka closed earlier this year. Their daughter, now 4, was a student in the school’s 3-year-olds’ program last year and in June they received an email that it was closing for good. They immediately hoped to develop a program that would bring similar learning opportunities back to the North Shore.

In the midst of the COVID-19 pandemic, current class sizes are limited to 10 children, Rebecca said. Multiple health safety measures are in place also and children are screened upon arrival before being admitted.

The program’s downstairs space is approximately 1,200 square feet of open space, which allows for adequate social distancing . Each student has their own table and chair to do work and personal learning materials. Mask-wearing is required and an air purifier cleans the space every 15 minutes, Rebecca said. The center also had an attached outdoor space that is used when weather conditions allow.

La Fleur Française had 10 students enrolled as of last month. The Bombards expect that number will continue to grow.

“We really think that it’s a truly unique program and something that is not really offered in our area, (especially) in terms of combining the language and the Montessori methods together,” Rebecca said. “From what we have seen so far, it’s been amazing.  … I would love to see it continuing to forward because I think it’s something that can be really beneficial to the community.”