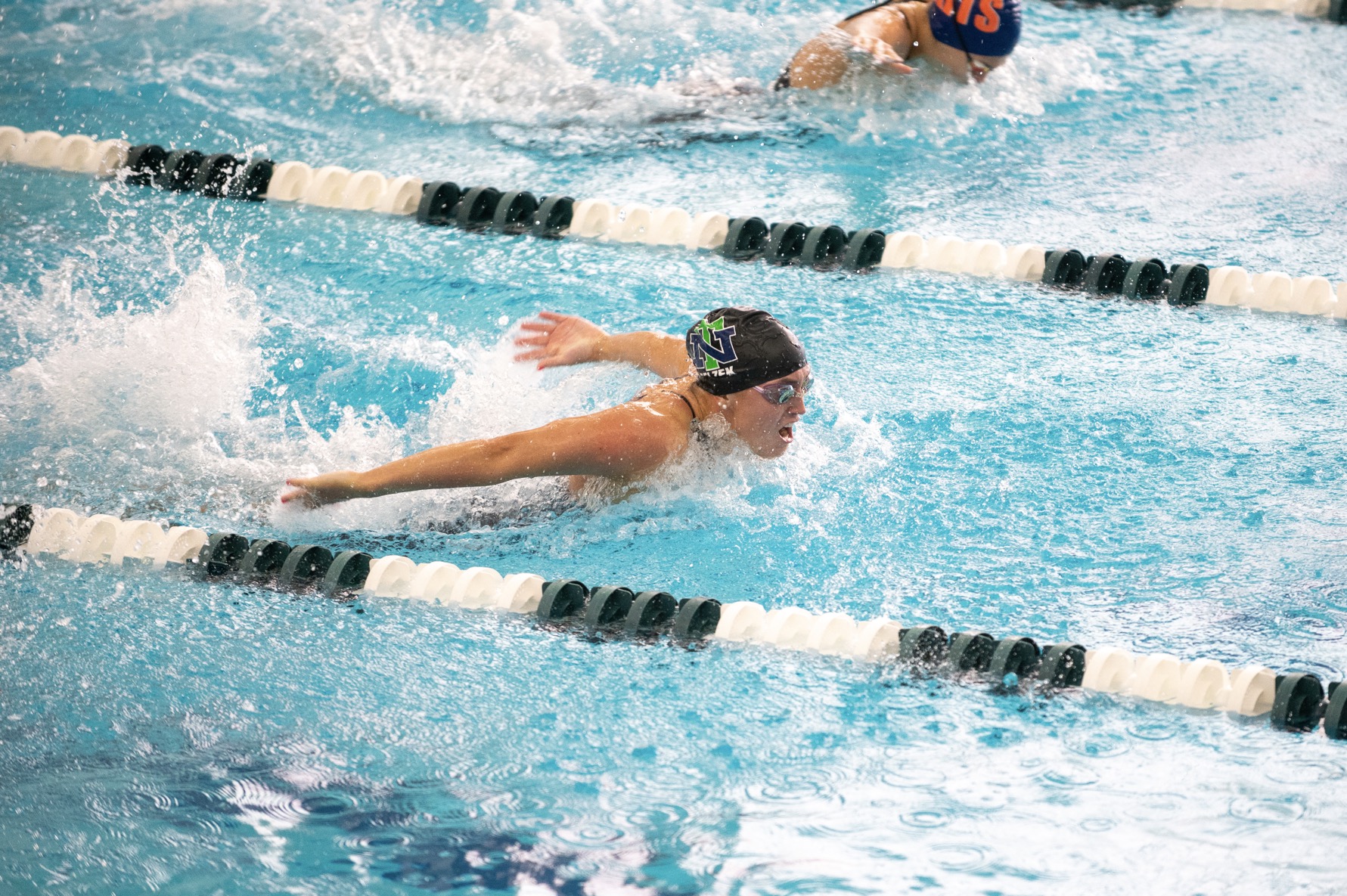 Greta Pelzek wanted to leave it all in the pool because she didn’t know if there would be another chance to give.

COVID-19 already took away the IHSA state championships, so New Trier’s star senior swimmer put it all on the line Saturday, Oct. 24, at the Glenbrook South Sectional, winning three individual sectional titles and leading New Trier to a team victory.

“I just had to take this opportunity and race,” Pelzek said. “Who knows if something gets canceled any time soon and I don’t get to compete.”

It was clear something special was brewing early, when Pelzek won the second race, the 200-yard individual medley, with a time of 2 minutes, 3.66 seconds.

Pelzek saved her best for last in the 100 backstroke, winning the race in 56.02, beating out Hersey’s Mollie Lumsden.

The performance earned her the sectional’s top athlete award.

In New Trier head coach Mac Guy’s eyes, the sectional was the conclusion of Pelzek’s maturation. To him, she entered the program as a strong swimmer, but continued to develop throughout the years, including this past offseason where she worked on her underwater mechanics to help her excel in other races.

“She went from being a really good swimmer to being a top-tier athlete,” Guy said. “She’s a great leader.”

The Trevians had both a good start and finish to the sectional. Junior Kaelyn Gridley ended the meet by winning the 100 breaststroke in 1:01.45, nearly three seconds ahead of Northside’s Veronica Piechnik.

Holder watched All-America divers come before her. When it was her time to shine, she took advantage of the moment.

“For her to step up her junior year, she’s demonstrated a really focused work ethic in a way that it’s hard in a global pandemic, in terms of what we can do,” Guy said, “She was always razor sharp in terms of her preparation. She worked really hard. She made it happen for herself.”

Sophomore Ana Quigley led the way for the Ramblers in the 100 fly, finishing fourth with a time of 57.97 and impressing her coach Greg Hartman.

Senior Madelyn Reed finished fifth in that race and sixth in the 100 back in a meet where the Ramblers wanted to end on a high note, and Hartman thought his swimmers did.

“We left all of our love, all of our efforts and a lot of good memories behind us,” Hartman said. “This was a really good season all things considered. We made the best of it.”

Guy and Pelzek were both left with mixed emotions after the meet.

While they were both proud of the Trevians’ finish to the season, there was a sense of what could have been.

Coming off a runnerup state finish in 2019, New Trier was poised to compete for a state championship with most of its lineup back in the pool

But the team worked with the difficulties of 2020. COVID-19 cases continue to climb in the state, and they understood the risks of bringing people from all over the state to one pool.

While the GBS Sectional was the first time teams competed against each other in the same pool, and the meet went smoothly, Guy acknowledged anything more would be difficult.

“I’m really proud of the kids,” Guy said. “It’s safe to say that we are happy with our performances but not satisfied in a lot of ways. I think we made the absolute best of the season we had.”

They left everything they had in the pool.