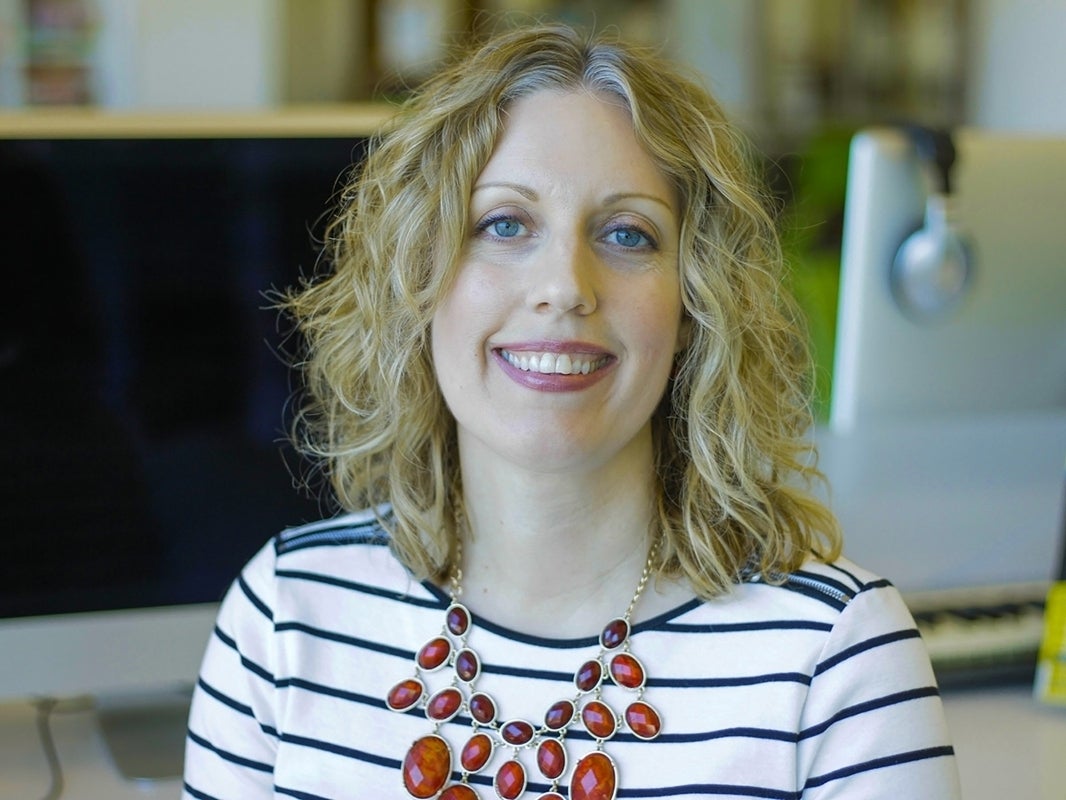 Monica Dombrowski, the new director of the Winnetka-Northfield Public Library, is excited to build a positive workplace culture. She will begin her new position next month. | Photo Submitted.

When Sycamore library director Monica Dombrowski begins her job in mid-October as director of the Winnetka-Northfield Public Library, she will be bringing with her a lengthy list of collaborative successes, effective community outreach initiatives and a lifelong faith in the power of books to inspire.

Around 70 employees resigned during that period as Wolf’s interpersonal and leadership skills were often called into question. The word “toxic” was publicly used to describe the work environment of the library, which employs about 40 full-timers A resident-led petition was circulated urging Wolf’s ouster.

In an extensive interview with The Record, Dombrowski discussed her priorities going forward and detailed her accomplishments in Sycamore, perhaps in the process shedding light on why she was chosen from the 40 applicants for the job.

Collaboration is key, she said.

“I am very excited to build a collaborative and a positive workplace culture that makes staff excited to come to work and serve the community,” she said. “… One of the things that attracted me to the job is that the staff seems very eager for that sort of leadership and I think that is something I can provide.”

During her two-year tenure in Sycamore, Dombrowski said she “built a very strong workplace culture with the staff, where all of us like our jobs and feel like a family and work as a collaborative team. That was something I am very proud of.”

She noted, as well, that in one year she increased staff development opportunities and hours by 150 percent.

Dombrowski, 47, also looks forward to building positive relationships with patrons and community members and learning what they want from library collections, programs and services.

“Understanding what the community wants and giving them opportunities to come and get involved and enjoy the library is going to be important to me,” she said.

In Sycamore, for example, she worked to get an intergovernmental agreement with the school district that gave library cards to pockets of students outside the town limits who previously did not have that access. She also increased programming by 120 percent and circulation by 51 percent in one year, and forged an agreement with the park district to use their space for large events and expanded programs.

“It is critical to the mission of libraries that they are responsive to the communities they serve,” she said.

Asked about children’s reading, Dombrowski is clear-eyed on the importance of libraries and reading in a child’s life. She’s a firm believer in the “thousand books before kindergarten” literacy program.

“Parents should be reading to their children even before they are born,” she added.

“You can never stress reading enough,” Dombrowski continued, “but there are other literacies the library can help provide the kids in the community that are also important.”

Prior to her time at Gail Borden, she worked for Westwood College as both the DuPage Campus librarian and the national librarian. There, she oversaw all library operations for both her campus and the college’s virtual library serving 7,800 students.

Dombrowski made the full-time shift into libraries in 2012 after a 17-year career in the corporate world where she managed people and projects in a variety of industries.

The gutsy, midlife, midcareer move was a lifetime in the making.

“Libraries were very instrumental in my upbringing,” she said. “I grew up very poor and disadvantaged in a lot of ways and I was kind of like one of the have-nots in school versus one of the haves. The library was that great equalizer for me. It didn’t matter what I had, I could go to the library and be treated exactly the same as everyone else and I could have access to all of the same things.”

When she was 10, she spent her summer reading every book available in her small library’s youth section. When she finished, the town librarian encouraged her to begin reading from the adult section.

The experience was a “game-changer,” she said.

“I was reading and thinking ‘that could be me someday.’ It started me visualizing what was possible for my future.”

Inspired by the librarian, she started dreaming about becoming a librarian.

While working in corporate, she went to an informational session at Dominican University on Master of Library and Information Science degrees.

“I walked out of there thinking, ‘this is my path, these are my people.’”

She received her MLIS from Dominican University in 2008.

Dombrowski’s career path has been onward and upward ever since. She is a 2015 recipient of ALA Publishing’s Carnegie Whitney Grant and a 2017 Library Journal Mover & Shaker Award winner for her work developing Gail’s Toolkit, a project later incorporated in the Public Library Association’s DigitalLearn.org website.

She also served as Chair of PLA’s Digital Literacy Committee from 2017-2020, is a current member of the Illinois Library Association’s Public Policy Committee, and is a regular presenter at state and national library conferences.

There, like at her day job, she gets to promote her love of the written word and the manner in which it can elevate the reader.

“A book gives you a chance to live through other people’s experiences and to grow your empathy as a human being,” she said. “Just because you haven’t lived through a particular thing doesn’t mean you can’t read about it and try to understand what that’s like. It just grows our potential for understanding other people.”

Practicing what she preaches, Dombrowski is currently reading “Hillbilly Elegy: A Memoir of a Family and Culture in Crisis,” a memoir by J.D. Vance about the Appalachian values of his Kentucky family and their relation to the social problems of his hometown of Middletown, Ohio.

“It shows how the differences in class can affect the lens through which you see life,” she said.

Dombrowski and her husband will be relocating to the area from Elgin with their two cats and youngest son, who’s currently a junior in college.